AFTER THE fall of the Berlin Wall in 1989, there was an outpouring of books reflecting upon the rivalry between totalitarian and democratic political systems. Some were triumphalist, seeing the victory of the West as inevitable, owing to the superiority of its institutions and values. Others were more introspective, recognizing that the two major forms of totalitarianism—fascism and Marxism-Leninism—were invented in the West and had, for large swaths of the twentieth century, a profound appeal for Western intellectuals and opinion makers.

More recently, the market for serious political writing has been invaded by books juxtaposing Western ideals and Islamic fundamentalism, since the latter now appears to have replaced secular totalitarianism as the major threat to the democratic way of life. Once more, the mood varies: where some books are apocalyptic and even hysterical, viewing Islam as in every way irreconcilable to modernity, others are more sober and accommodating, seeking to wean ordinary Muslims away from the grip of fanatics and into the camp of liberal democrats.

These books have all sought to defend Western democracy against its enemies both inside and outside its borders. Where Soviet Russia stood menacingly against the United States and its allies during the Cold War—its work aided by malign or misguided fellow travelers living within democratic, capitalist countries—now, the threat of Islamism is likewise internal as well as external. On the one hand, there are jihadi terrorists waiting to attack Westerners and Western institutions everywhere as part of a global campaign for dominance; on the other hand, there are the growing numbers of Muslim immigrants in Western Europe and North America who tend to live in enclosed ghettos rather than integrate with the host society.

To me, what is remarkable about this substantial (and still-growing) literature is that it largely ignores India. Some books may have a passing reference or two to the country; others do not even grant it that favor. Yet one would think that given its size, diversity and institutional history, the Republic of India would provide a reservoir of political experience with which to refine or rethink theories being articulated in the West. For six decades now, India has lived next to and somehow coped with China, an even larger and more populous nation run as a single-party state. Its other neighbors have included military dictatorships (which Pakistan and Bangladesh have been for much of their history) and absolutist monarchies (as was Nepal until recently). For the same period of time, India, a dominantly Hindu country, has had as equal citizens a substantial Muslim minority. As the historian W. C. Smith wrote in 1957, it was only in modern, postcolonial India that adherents of Islam lived in very large numbers without being the ruling power. Here they shared their citizenship “with an immense number of other people. They constitute the only sizable body of Muslims in the world of whom this is, or ever has been true.”

More than fifty years later, many Western nations also have large Muslim minorities of their own. Thus, India provides a test case of the challenges to democracy from its critics on the left and the right; and a test case of the challenge to social harmony posed by a multireligious population—which makes its current irrelevance to modern debates on politics and citizenship all the more surprising.

INDIA’S STRUGGLE from a state under the thumb of an empire to a country of vibrant, independent home rule is a story that unfolded in three broad political and intellectual phases. The Republic of India was forged by argument and counterargument, through a series of debates that set forth the agenda necessary to create this most diverse democratic society. It began in 1857 with a massive popular uprising against British rule, which sought to restore a precolonial order with a Mughal sovereign at its head. The failure of this rebellion prompted a growing awareness of the fault lines within Indian society, and a desire to throw Western ideals of liberty and freedom back at the conqueror. The Indian National Congress, formed in 1885, argued that a subjected people should, in stages, be allowed to create self-government. Other politicians focused more on social reform, on challenging the institutions of patriarchy and caste discrimination so prevalent in India or on forging peaceable relations between Hindus and Muslims.

The striking thing about modern India is that the men and women who made its history also wrote most authoritatively about it. The most influential Indian politicians, such as Mohandas K. Gandhi, Jawaharlal Nehru and B. R. Ambedkar, were thinker-activists, writing original books and essays to puzzle their ways through the economic, religious and political quagmires they faced. Gandhi was the father of Indian nationalism who, between the 1920s and 1940s, forged a popular, countrywide movement against the British empire. Nehru was the architect of the modern Indian nation-state, serving as prime minister from the nation’s birth in August 1947 until his death in May 1964. Ambedkar was the great leader of the country’s oppressed castes who also oversaw, as the country’s first law minister, the drafting of the Indian Constitution, which came into effect on January 26, 1950.

Gandhi’s Collected Works, published by the government of India between 1958 and 1994, run to more than ninety volumes. More than fifty volumes of Nehru’s Selected Works have so far been published by a trust created in his name. In the 1980s, the government of Ambedkar’s home state, Maharashtra, published sixteen volumes of his writings, an individual volume sometimes exceeding a thousand pages. Although many of the entries in these collected or selected works are routine letters or speeches, others represent extended essays on subjects such as national identity, democracy, religious culture and social justice. Indians in general (and Indian writers in particular) tend to be prolix and verbose, but in these instances at least, quantity has not necessarily been at odds with quality.

In January 1915, Mohandas K. Gandhi returned home from two decades of life and struggle in South Africa. Four years later, he led the first of several countrywide campaigns against colonial rule. Gandhi is hailed in India as the Father of the Nation, but he may as well be seen as the mother of all battles concerning its future. At once a politician, social reformer, religious pluralist and prophet, Gandhi was at the center of crucial debates on nationalism and social reform. Gandhi believed that freedom would be won by satyagraha, or nonviolent protest; others argued in favor of armed struggle. Gandhi thought that Indians should rely on their own cultural traditions; others (notably the poet Rabindranath Tagore) insisted that they keep their windows open to the currents of the world. Gandhi was opposed to the pernicious social practice of untouchability, but his campaign against it was derided by the Hindu orthodoxy, who warned he was moving too quickly, as well as by low-caste radicals (such as B. R. Ambedkar), who complained that he wasn’t moving fast enough. Gandhi believed that Hindus and Muslims could comfortably live together in a single nation-state; others (notably the future founder of Pakistan, Mohammed Ali Jinnah) claimed that history and politics forced them now to live apart.

Gandhi wrote so much and so well on such a wide variety of topics that it is hard to offer a representative quote. Still, let me try. He consistently urged Indians to cure themselves of their own social evils. And a clear evil as he saw it was the issue of untouchability:

We make them crawl on their bellies; we have made them rub their noses on the ground; with eyes red with rage, we push them out of railway compartments—what more than this has British rule done? . . . It is idle to talk of Swaraj [political freedom] so long as we do not protect the weak and helpless. . . . Swaraj means that not a single Hindu or Muslim shall for a moment arrogantly think that he can crush with impunity meek Hindus or Muslims. . . . We are no better than the brutes until we have purged ourselves of the sins we have committed against our weaker brethren.

The debates provoked by Gandhi had a profound impact on the making of India, on its adoption, at independence, of a political system based on respect for all religions, gender equality and affirmative action to ameliorate centuries of caste-based discrimination.

It then took Jawaharlal Nehru, as prime minister, to turn these ideas of a nation into the policies of a state. Thus Nehru staked out clear positions on, for instance, the adoption of multiparty democracy based on adult franchise; the importance of economic planning; the granting of equal rights to minorities; the placing of India in a position of nonalignment during the Cold War; and the necessity of de-emphasizing primordial identities.

Indeed, the battle to integrate diverse religious communities was clear from the outset. For when India became independent in August 1947, it was also divided, with parts of the west and east coming to constitute the Islamic homeland of Pakistan. Millions of Muslims remained behind in India. A rising movement of Hindu fundamentalists now demanded that these Muslims be treated as second-class citizens. The demand was opposed by Jawaharlal Nehru, who, in a letter to the chief ministers of Indian provinces in October 1947, observed: 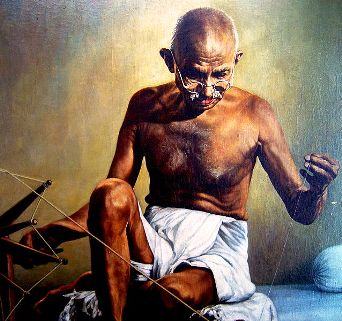 Pullquote: As once-homogeneous Western nations grapple with mass immigration of peoples speaking different tongues and practicing different faiths, it may be time to look eastward for an answer.Essay Types: Essay