In a vestibule that has something of the feeling of a religious shrine, Frederick’s death mask and his final gown, complete with remaining bloodstains, set the tone. The exhibition points out that Frederick’s image was exploited by the Nazis to justify ruthless expansionary policies that he would never have sanctioned. Then in the 1960s, the German Left attacked Frederick as indeed a Nazi forerunner. This intellectual movement was led by the egregious Rudolf Augstein, founder of Der Spiegel, who wrote a book in 1968 suggesting that Hitler represented the culmination of Frederick’s militaristic vision. As the exhibition demonstrates, this is a primitive view of Frederick as well as of Prussia, which emphasized personal rectitude, loyalty and high ideals. The recognition that those ideals were traduced by Nazism is now gaining currency in a Germany that feels comfortable discussing a topic that was largely taboo in the postwar era.

This is an important reason why Germany feels increasingly receptive toward taking a leading role in Europe. Yet, observers such as George Soros, who worry that Germany isn’t moving quickly enough to quell the crisis, are sounding alarms. Writing in the New York Review of Books, Soros declared, “In my judgment the best course of action is to persuade Germany to choose between becoming a more benevolent hegemon, or leading nation, or leaving the euro. In other words, Germany must lead or leave.”

But it will never leave. The ultimate effect of the euro crisis is to accelerate, not retard, efforts toward more integration. Eleven European foreign ministers, led by Germany’s Westerwelle, have endorsed a paper that calls for the creation of a European currency fund and even moots the possibility of a European army. Impossible? Perhaps a German-led European army will someday march into a country such as Syria to impose order. After all, it would have seemed far-fetched just over a decade ago that Germany would send troops beyond its borders and into the mountain redoubts of Afghanistan.

A profound shift, then, is taking place in Germany. Germans are becoming accustomed to it. Their neighbors are demanding it. The outlier isn’t Germany; it is America. Merkel has remained studiously deaf to Obama’s importunities for cooperation on both economic and foreign policy. For America, which has viewed Germany for decades as a pliant ally, the changes may become unsettling. Thus, it may be America that has a German problem, not Europe. Increasingly, Europe sees a German solution. 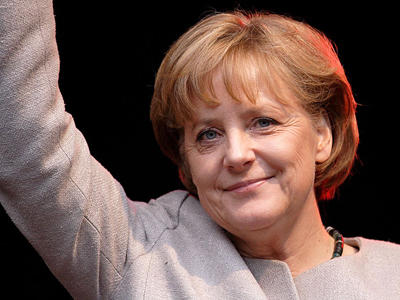