Several factors propelled Iran toward such realism. First, many within the clerical elite perceived that Central Asia was not really susceptible to Iran’s Islamist message. But Iran’s aversion to isolation also played a part. The fact that Iran could not craft better relations with the United States and was largely isolated from both Europe and the Gulf sheikhdoms made ties with Moscow an imperative. For the conservatives, one way of fending off American pressure and European displeasure was cultivating close economic and security ties with Russia. Thus, the Russian Federation became the beneficiary of Iran’s failure to craft a more coherent policy toward other global actors.

It seems clear that during this period, Iran moved cautiously beyond the rigid, revolutionary parameters of the 1980s. Pragmatism and calibration of national interest became important considerations in Iran’s foreign-policy decision making. Yet ideology never was eclipsed completely by pragmatic calculations. For many conservatives, their charge remained redemption of Khomeini’s Islamist vision at home. They therefore desired Iran’s estrangement from the West while avoiding any crisis that would threaten the regime. It was a difficult balancing act in which terrorism served a useful purpose by provoking Western sanctions and opprobrium but not much more. Thus did the conservatives use a threat atmosphere to sustain their power and preserve the essential identity of their state.

THE MOST momentous change in Iran’s foreign policy came with the 1997 election of the reformist president Mohammad Khatami, whose ambitions were nothing less than extraordinary. His aim was not merely to make the theocracy more accountable to its citizenry but also to end the Islamic Republic’s pariah status and integrate it into the global society. Thus, he embraced much of the reformist agenda. And, given his popular mandate and determination, he presented a certain authority to the supreme leader and the conservatives. While the reformist forces wanted reconciliation with Saudi Arabia, normalized relations with the European Union and even an outreach to the United States, Khamenei accepted only the first two of these measures. He understood that Iran’s national interest required a different relationship with its neighbors and its European commercial partners. Moreover, the conservatives, initially shell-shocked by Khatami’s unexpected triumph, eventually yielded warily to his early measures.

Khatami’s cautious domestic liberalization similarly expedited détente with the European states. He ended the long-standing practice of assassinating Iranian dissidents in Europe. Also, the issue of the Rushdie fatwa was finally settled. After decades of living underground, the beleaguered author was allowed to pursue a more normal life and resume his literary pursuits. European envoys returned to Iran, and Iran’s president was welcomed in European capitals.

Khatami even attempted to adjust Iran’s stridency toward Israel. The Iranian government now said it would assent to an agreement if it were acceptable to the Palestinians. The clerical state’s calls for the eradication of Israel and its periodic conferences pledging to reclaim Jerusalem through holy war were at odds with the reformist perspective, not to mention the sentiments of the Arab states. The critical question was: Who was the legitimate representative of the Palestinian people? Was it Hamas, as the hard-liners insisted, or the Palestinian Authority, as the reformers maintained? The reformers pressed the state to recognize that Iran’s stance was popular only with radical Islamists, rejectionists and terrorists. In his inaugural address, Khatami stressed that Iran was prepared to advance an agreement predicated on UN resolutions. Given the fact that those resolutions had conceded a two-state solution, Iran’s reformist leader subtly stipulated the authority of the land-for-peace formula. It was during Khatami’s tenure that the Islamic Republic accepted the results of the 2002 Arab summit, with its recognition that in exchange for return to pre-1967 lines the Arab states would recognize Israel. Critics certainly could scoff at this concession on the ground that it did not eliminate Iran’s support for Hezbollah or Hamas, but it was an important breakthrough for a country known for its unrelenting hostility toward the Jewish state. Indeed, the reformists’ rhetoric and stance would not survive the rise of their more hawkish successors.

Khatami’s approach to America was more gingerly and carefully crafted. Conscious of the conservatives’ deep-seated reservations, Khatami sought to ease mutual suspicion through a gradual exchange of scholars, activists and athletes. He hoped U.S. economic concessions might provide him with sufficient leverage to influence the conservatives at home, particularly the wary supreme leader. But Khatami underestimated the extent of the hard-liners’ hostility to any thaw in U.S.-Iranian relations, as well as the rigidity of America’s unimaginative containment policy. In essence, Khatami fell victim to both Iranian hard-liners and post-9/11 politics in the United States.

Soon, a conservative counterstrategy began to crystallize. The conservatives employed their governmental leverage to negate parliamentary legislation designed to liberalize Iran’s polity. The judiciary imprisoned prominent reformers and closed down their newspapers. Vigilante and terror groups harassed student gatherings and assassinated prominent intellectuals. And foreign policy once again came into play. Conservatives dismissed the reform movement’s ability to deliver on its promises as a means of undermining international confidence in Khatami’s government. Terrorism reemerged as a means of advancing the conservative agenda and subverting reformist plans. And then Iran’s conservatives received a helping hand from an unexpected corner—George W. Bush.

Khatami and the reformers viewed 9/11 as an ideal opportunity to mend fences with America. Khatami quickly realized the advantage in cooperating with the United States on the intersecting objectives of the two countries following 9/11. A religious intellectual who saw Islam and democracy as compatible, Khatami viewed the Taliban as a particular affront to his sensibilities. He also believed the demise of the radical Sunni group would enhance Iran’s security while providing an avenue for reconciliation with the United States.

Then, in his January 2002 State of the Union address, Bush uttered his famous line castigating Iran as part of an “axis of evil” (along with North Korea and Iraq). Bush rebuked Iran as a major sponsor of terrorism and condemned its unelected leaders for oppressing their citizens. The president declared that in the post-9/11 environment, the United States would “not permit the world’s most dangerous regimes to threaten us with the world’s most destructive weapons.” Though perhaps designed to prepare the American public for the administration’s plan to invade Iraq, the inclusion of Iran dealt a fearsome blow to Tehran’s reformers. Thus did Khatami’s interlude in leadership prove to be short-lived, despite his impressive accomplishments. The conservatives, fearful that the reform movement could end up undermining the pillars of the Islamist state, soon rebounded.

THE 2005 Iranian presidential election signified a change, as the elders of the revolution receded from the scene and a new international orientation gradually surfaced. The 1990s often are seen as a time when clerical reformers sought to reconcile democracy with religion, and a younger generation increasingly resisted a political culture that celebrated martyrdom and spiritual devotion. But another important development also was emerging—the rise of a generation of pious young men who had served on the front lines of the Iran-Iraq war. President Mahmoud Ahmadinejad personified this new leadership. Often called the “New Right,” it brought to the scene a combustible mix of Islamist ideology, strident nationalism and a deep suspicion of the West. As uncompromising nationalists, they were sensitive to Iran’s prerogatives and sovereign rights. As committed Islamists, they saw the Middle East as a battleground between forces of secularism and Islamic authenticity. As emerging national leaders, they perceived Western conspiracies where none existed.

The rise of Iran’s New Right coincided with important changes elsewhere in the Middle East. As the Iraq and Afghan wars drained America’s power and confidence, and as Islamist parties claimed leadership in Lebanon and the Palestinian territories, Iran emerged as an important regional player. Recently, the Arab Awakening unleashed a surge of Islamist parties that may not become clients of Iran but are likely to evince greater sympathy for the Islamic Republic than the likes of Hosni Mubarak. Meanwhile, Tehran finds it can assert its regional influence through its determination to sustain its nuclear program, its quest to emerge as a power broker in Iraq and its holding aloft the banner of resistance against Israel. The old balance between ideology and pragmatism is yielding to one defined by power politics and religious fervor. In the early twenty-first century, Iran has a government that consciously seeks guidance from the revolutionary outlook of the long-dead Ayatollah Khomeini.

Although many in Iran’s younger generation of conservatives may have been in their twenties when Khomeini died, his shadow looms large over their deliberations. They often romanticize the 1980s as a pristine decade of ideological solidarity and national cohesion. They see it as an era when the entire nation was united behind the cause of the Islamic Republic and determined to assert its independence against Western hostility. Khomeini and his disciples were dedicated public servants free of corruption and crass competition for power, traits that would not characterize their successors. Self-reliance and self-sufficiency were the cherished values of a nation seeking to mold a new Middle East. Thus, the common refrain of the New Right became essentially: “Back to the future.” 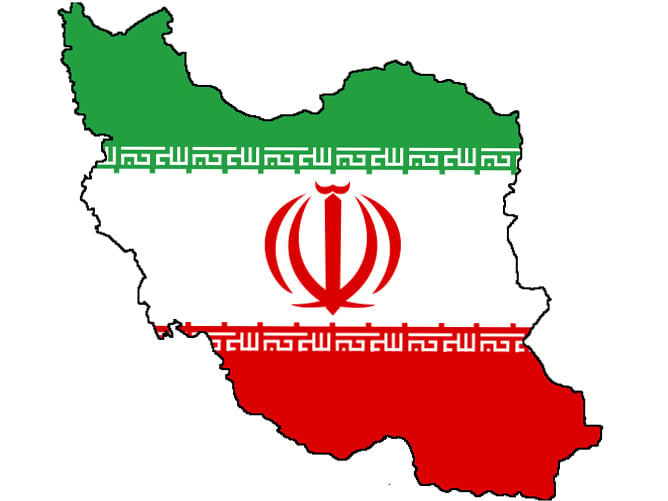