IN THIS year’s campaign debate over foreign policy, something was missing—the intertwined elements of American interests and American blood. In the rhetoric of President Barack Obama and Republican challenger Mitt Romney, seldom did we see rigorous analysis about the country’s true global interests and how much citizen blood we should expend on behalf of those interests. We got vague pronouncements about American exceptionalism, using American power to salve the wounds of humanity, the pacifying effect of spreading democracy, the necessity of America’s global dominance and the need to thwart anti-Western terrorists.

But there was little talk about how these missions actually would affect the lives of Americans, the global balance of power or U.S. security. There was even less talk about the appropriate price, in terms of American lives, to be paid for these missions. And yet this ultimately is any president’s crucial foreign-policy decision matrix—how he or she defines the country’s vital interests and how that squares with the ultimate cost.

As Germany’s Otto von Bismarck, that cold-eyed realist of the nineteenth century, once remarked, “Anyone who has ever looked into the glazed eyes of a soldier dying on the battlefield will think hard before starting a war.”

This is not to say that citizen blood is too precious to be spilled in pursuit of national interests. Many of our presidents heralded as among the greatest expended plenty of American blood on behalf of American interests. But it’s wrong to send young soldiers to their deaths for causes unrelated to serious national interests. Bismarck captured this when he predicted in 1888—with remarkable prescience—that the next great European war would be ignited in the Balkans. Yet he insisted those lands weren’t “worth the bones of a single Pomeranian grenadier.” Germany had no strategic interests there worthy of German blood.

In our time, the lack of clarity about U.S. strategic goals in the post–Cold War era has spawned all kinds of mushy thinking about what our role in the world should be and what circumstances justify U.S. intervention abroad.

Consider President Obama’s actions in Libya. Much has been written about the obfuscation that attended the United Nations debate—focused as it was on protecting Benghazi civilians from mass killings by the forces of Libyan leader Muammar el-Qaddafi, when the actual goal was the elimination of Qaddafi’s regime. It’s a worthy critique. But conservative commentator Stanley Kurtz, writing in National Review Online, offered another insight—namely, that the sequence of events indicates Obama was more interested in protecting Libyan lives than in regime change. Kurtz speculates that Obama wanted to establish the precedent of humanitarian intervention—the so-called responsibility to protect—in U.S. foreign policy.

Obama received ample credit for sparing American lives in the Libyan intervention, but Kurtz is correct that the precedent has been established for future adventures that could entail much greater military involvement and cost. And the president made no effort to justify the mission in terms of U.S. vital interests. Instead, he lauded the kinds of Wilsonian missions that fall under the rubric of the responsibility to protect. “To brush aside America’s responsibility as a leader and—more profoundly—our responsibilities to our fellow human beings under such circumstances,” declared the president, “would have been a betrayal of who we are.”

Such thinking is a post–Cold War phenomenon. During the West’s confrontation with the Soviet Union, which had positioned itself ominously in the Eurasian heartland, America embraced a crisp understanding of its interests and mission. The goal was to thwart the spread of communism into areas of strategic importance to the West, particularly Europe. Given Europe’s devastation in World War II, America embraced the role of military protector of the West and stabilizing force in the world. This big job was defined in simple and clear terms. And the approach adopted to pursue it—containment—minimized the expenditure of American blood.

The first imperative was to save the West from the 1.3 million Eastern bloc troops positioned menacingly on the doorstep of Western Europe. This was accomplished through the heroic leadership of Harry S Truman and is remembered through numerous powerful actions—aid to Greece and Turkey, the Marshall Plan, the Berlin airlift, creation of NATO, reorganization of the U.S. military and intelligence operations, and more. Once the Soviets understood that their own cost of overrunning Western Europe would be too high in blood and treasure, the Kremlin adopted a new approach of destabilizing the West’s interests in far-flung regions around the Eurasian heartland. As writer Robert D. Kaplan has pointed out, the Cold War became a contest for control over vast areas of strategic significance on the Eurasian periphery.

This epic struggle led to hot wars in Korea and Vietnam that required greater expenditures in U.S. casualties than the American people would accept. That necessitated negotiated settlements that proved not altogether satisfactory. But generally the United States avoided the kind of high-cost hostilities that could have sapped popular approval for the policy, and America capped the forty-three-year Cold War with a signal victory.

Almost immediately, the country lost sight of the need to base foreign policy on national interests and careful calibration of costs in blood—reflected in George H. W. Bush’s decision to send twenty-eight thousand troops into war-crushed Somalia to aid two million starving inhabitants. This was unprecedented in that there wasn’t even a pretense of U.S. national interests involved. As Time magazine explained, “It is a major military action in the name of morality: addressing a situation that does not threaten American national security and in which the U.S. has no vital interests.”

Within a year, enough American blood would flow onto the dusty pavements of the Somali capital that the Bush mission—as expanded by his successor, Bill Clinton—would turn into a military and political embarrassment. But the precedent had been set, and humanitarian interventionists seized upon it to push America into the chaotic Balkans. Time emblazoned across its cover a headline: “Clinton’s first foreign challenge: If Somalia, why not Bosnia?” When Clinton hesitated to become embroiled in the region, Time declared: “A Lesson in Shame.” It implored Clinton to persuade Americans “that their children and their billions should be spent on Bosnia.”

Here we see a stark decoupling of U.S. interests from calculations about expenditures of blood. Of course, with America’s all-volunteer military, it wasn’t likely that Time writers or editors would suffer the experience of having their children “spent on Bosnia.” When the country’s elites can farm out the fighting and dying to more patriotic and less well-off Americans, humanitarianism for them is an inexpensive sentiment.

Still, post-Vietnam presidents understood that they must be careful about spilling citizen blood for causes not fully embraced by the people. Few interventionist goals seemed likely to receive that kind of citizen support. Then came 9/11, which President George W. Bush leveraged to unleash a “war on terror” that included an incursion into Afghanistan to topple the Taliban government and disperse Al Qaeda and a preventive war against Iraq, presumed to be harboring weapons of mass destruction and cozying up to terrorists.

Here’s where the calculation of interventionist cost and benefit fell apart. With Iraq now descending into an ominous instability and getting pulled into what looks like a growing sectarian struggle throughout the Middle East, it’s difficult to argue that the war’s benefits could justify the U.S. casualty toll of nearly 4,500 dead and thirty-two thousand wounded.

Similarly, while the initial cost-benefit analysis clearly justified the Afghan incursion (and received national support), Obama’s “surge” of troops, designed to pave the way for a later troop pullout, hardly justified the added cost in blood. With the military casualty count recently passing two thousand, it isn’t clear what America gets from this intervention that justifies its cost.

Now there’s widespread talk of another preventive war against Iran. Missing in much of the debate has been a rigorous calculation of the cost of any such war in relation to America’s national interest in preventing Iran from obtaining nuclear weapons. Perhaps that cost would be worth it, but first there needs to be an understanding of its likely magnitude.

In pursuing this cost-benefit equation, America might do well to ponder yet another sage observation of Bismarck. “Preventive war,” he said, “is like committing suicide out of fear of death.” 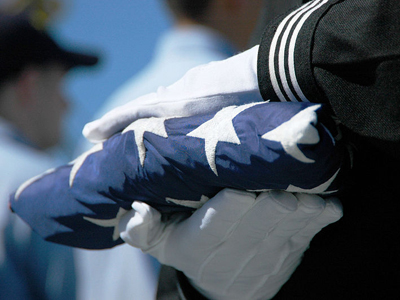 Pullquote: It’s wrong to send young soldiers to their deaths for causes unrelated to serious national interests.Essay Types: The Realist