But with the global financial crisis, the tables have turned. The malaise in Europe, America and Japan has given sudden prominence to Asia’s emerging economies as the great hope for the global economy. This new prominence has stirred Chinese leaders such as president-in-waiting Xi Jinping to remind the West of its responsibility for the crisis and consequently the hypocrisy of the West’s attempts to pressure China into reforms. Asia’s big economies, joined by other emerging powers such as Brazil, now have a major impact on global initiatives, from the WTO’s Doha Development Round to action on global warming. Their exchange-rate valuations, energy pricing, fiscal policy and investment now have impact far beyond Asia. Beijing’s statements about the need to end the U.S. dollar’s role as the sole global currency, the growing voice of emerging Asian economies in the IMF and the increasing footprint of Asian donors in global development assistance are all signs of the burgeoning weight of Asian voices in the global economy. Thus, the gap in economic perceptions and preferences between the United States and the major Asian economies is wider than ever; what has changed is the significance of these disagreements for the global economy and their new prominence in shaping U.S.-Asian relations.

The fourth pillar of Asia’s stability—the alignment between security preferences and trading and investment patterns—also has crumbled. China has begun to reclaim its natural position as the economic hinterland of the Pacific economies. Over the past decade, it has emerged at the center of the region’s tightly integrated Asian system of distributed manufacturing. Industrialized economies in East and Southeast Asia increasingly have become exporters of component parts to China, the final point of assembly and export of finished products. Component exports increased from just over half of Southeast Asia’s exports in 1992 to two-thirds in 2007. The main destination was China, whose imports of component parts grew from just 16 percent of its manufacturing imports from East Asia in 1992 to 46 percent in 2007. This integration is reflected in the fact that Asian nations tracked China’s economic fortunes during the global financial crisis more than they did those of the United States or Europe.

Many of the region’s countries that are most closely bound into China’s economy are either allies of the United States, rivals of China or both. Japan, South Korea, the Philippines and Australia have tightened their alliances with the United States as they have simultaneously deepened their economic integration with China. But countries that are not U.S. allies—Vietnam, India, Indonesia and Singapore—also have tightened their security ties to Washington while trading and investing more intensively with China. As Asia’s rivalries deepen, instability increases, and the pulls of economic and security interests will introduce further uncertainty.

For the first time in decades, the prospect of an Asian power hierarchy is imaginable, welcomed by some and feared by others. Asian economies are major consumers of global energy, minerals and food, and this raises fears of systemic vulnerability of supplies. The postcrisis prominence of Asia’s emerging economies has built a new sense of confidence, with those nations demanding respect and a greater global role. But the arrival of this prominence has been so sudden that few Asian powers have clear agendas for the global economy or its institutions. A major question mark hovers over the evolving strategic intentions of the Asian powers.

THUS, THIS new Asia presents unprecedented complexity in the strategic choices facing both Asian nations and the United States. Governments, regional organizations and commentators have put forth four policy responses to Asia’s new strategic picture. None fully takes into account the nature of Asia’s strategic change and instability.

Some analysts and experts argue that the best mechanism for Asian stability is the one that ensured stability for the past sixty years: the U.S. system of alliances. Adherents of this concept believe Washington and its allies and partners should invest in maintaining the U.S. system’s predominance in Asia. The idea is that this position of strength would keep the costs prohibitively high for any Asian power with aspirations to regional leadership. The stability and certainty provided by a robust U.S. alliance system would ensure continued prosperity and discourage potential challengers from upending the continuity of Asia’s security order. But signs of an American weakening or retreat would tempt regional powers to fill the vacuum, ushering in a period of debilitating power rivalries.

This strategy enjoys bipartisan support in the United States and has strong proponents among governments and commentators in Asia. The systematic tightening of bilateral alliances between the United States and Japan, Australia, South Korea and the Philippines since 1996 and the rapid development of security “partnerships” between the United States and India, Singapore, Malaysia, Vietnam and Indonesia since 2000 suggest that Asian countries are embracing this option. But some experts question its sustainability. They note that America’s Asian allies have become used to investing relatively little in their alliances with Washington. Since the end of the Vietnam War, they haven’t been asked to contribute to alliance operations in the region (though several have contributed forces to coalition operations in the Middle East), and they have made force-acquisition choices based largely on national, rather than alliance, requirements.

But the combination of China’s military buildup, targeted toward vulnerabilities in the U.S. force posture in the western Pacific, and mounting government debt in the United States means that much more is likely to be asked of U.S. allies and partners in Asia. And the commitment issue goes beyond money. After America’s expenditure of blood in Iraq and Afghanistan, its public would not long tolerate a U.S. Asian intervention in which local allies shed significantly less blood than the Americans. Thus, a much higher proportion of the “investment” in the U.S. alliance system—in terms of resources and explicit commitments—will need to be made by Washington’s Asian allies and partners. But those allies most closely aligned with America—Japan, South Korea and Australia—lack the heft to seriously help counter the challenge of China’s buildup. Those partners with the greatest heft—India, Vietnam, Indonesia—are least likely to align closely with the U.S. alliance system, given their view of their place in the world and the expanding range of options conferred by their new prominence.

Asia’s age of instability also poses dilemmas for a Washington that has doubled down on its alliance commitments across the Pacific. The growing frictions between China and its smaller neighbors in the South China Sea and the East China Sea pose an entrapment danger for the United States in the western Pacific. America’s embrace of the status quo in these waters has bolstered the confidence of the Philippines and Vietnam in strongly opposing Beijing’s claims, militarily and diplomatically. For Washington, these low-level confrontations will pose a never-ending dilemma over when to demonstrate commitment to allies and when to stay silent to keep China’s neighbors from becoming too assertive. Washington’s interests in maintaining freedom of navigation and reassuring its allies of its reliability have to be balanced against the downside of giving its Asian allies and partners a blank check to push their claims aggressively. For the United States, a combination of its geographic remoteness and Asian allies’ memories of its perceived unreliability during the 1997 Asian financial crisis has heightened its reliability-entrapment dilemma. For its Asian allies, the continuation of tense relations with China is the best insurance that the United States will continue supporting them.

The second prescription for bolstering Asia’s stability focuses on regional institutions. The success of ASEAN in shelving regional tensions and disputes bolsters arguments that Asia’s future stability lies in multilateral institutions rather than bilateral alliances. The growth of regional institutions with ASEAN at their core—including Asia Pacific Economic Cooperation, the ASEAN Regional Forum (ARF), ASEAN Plus Three and the East Asia Summit—is interpreted as the steady externalization of ASEAN’s principles of intramural conflict avoidance. Joining these bodies are yet more regional gatherings such as meetings of the ASEAN defense ministers plus those of the United States, China, India, Japan, South Korea, Australia, New Zealand and Russia as well as the Shangri-La Dialogue and a host of joint military exercises and patrols. The rationale here is that these forms of Asian regionalism can move Asia from a “modern,” conflict-prone region to a “postmodern,” postconflict region, as Europe did after World War II. Enhanced regionalism seeks to socialize away impulses toward hierarchy and rivalry through the repeated engagement of Asian countries in disaster relief, joint exercises, military exchanges, peacekeeping, patrolling against transnational threats and second-track discussions.

Based on the number of regional multilateral meetings, the emergence of a postmodern security order would appear to be well under way. But it is doubtful whether all this frenetic trust building has really had much impact on the deeper drivers of strategic rivalry and instability. The trend lines of Asian countries’ military expenditures tell a tale of escalating security competition. Over more than fifteen years, institutions such as the ARF have been ineffective at resolving issues of ongoing tensions such as the rival claims in the South China Sea—to a large extent because they are prevented from directly addressing actual disputes. In 2002, Indonesia and Malaysia, founding members of ASEAN, referred their territorial dispute over the Sipadan and Ligitan islands to the International Court of Justice for adjudication rather than to any regional organization. It is hard to imagine Asia’s multilateral institutions transitioning from conflict shelvers to shock absorbers and conflict resolvers, which they must do if they are to be any sort of answer to Asia’s rising instability. 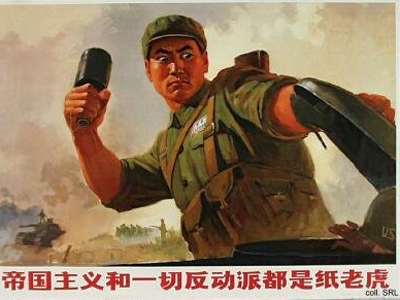