Despite these close economic ties, however, history demonstrates that economic interdependence only goes so far in preventing international conflict. Indeed, U.S.-Japanese economic interdependence actually contributed to tensions before World War II. Likewise, before World War I, Britain and Germany were each other’s top trading partners. Russia and Germany were economically intertwined before they went to war against each other in 1914—and also before Germany’s invasion of the USSR in June 1941. The decisions to go to war in these cases clearly demonstrate that economic interests may be quickly subordinated to national-security concerns and domestic political priorities when disagreements reach the boiling point.

This is why it is a mistake to assume that Washington or Brussels can essentially continue to set the global agenda and decide upon international actions. China and Russia alike agree with the United States and the European Union that it would be better to see Iran and North Korea without nuclear weapons and to avoid Taliban rule in Afghanistan. From Moscow’s perspective as well as Beijing’s, however, these mutual interests are secondary when set against their efforts to retain influence in Central Asia or East Asia and particularly their desire for stability at home.

LOOKING TO the future, we cannot know the precise consequences of a Sino-Russian alliance if one should emerge. Among other factors, the results would depend on the durability of the arrangement, the strength of the conflicting interests pushing Beijing and Moscow apart, and the magnitude of the pressure from the United States and its allies pushing them closer together. Nevertheless, the Cold War was not so long ago that Americans cannot envision a polarized world, with increasing diplomatic stalemate or worse.

Regarding Iran, imagine if China and Russia offered Tehran security guarantees or promised to rebuild its nuclear infrastructure after a U.S. or Israeli attack. In Syria, we already see the results of having Russia on the other side and China sitting on the fence. Or imagine Chinese support for guerrillas in the Philippines or Kremlin encouragement of Russian-speaking minorities in Latvia and Estonia. If U.S. relations with Russia and China sour, these nightmares can’t be excluded.

Russia and particularly China already are steadily increasing and modernizing their military capabilities. For now, Washington is responding with caution to avoid the appearance of overreacting. But picture what might happen if those militaries continue to grow and maneuver worldwide, especially in cooperation with each other. It isn’t that war would become likely between the West and these other superpowers. But tensions and conflicts could grow; hot spots could further fester, à la Syria. Great-power animosities would seriously complicate international efforts at crisis management. This all would make international life that much more uncomfortable, if not also dangerous. It certainly would create a specter of miscalculation, escalatory pressure and sense of crisis. And there would be nasty consequences for U.S. prospects for prosperity.

A world of a Sino-Russian alliance or even triangular diplomatic games is certainly not inevitable. But it is a risk the West must be much more aware of. Moreover, making it less likely does not require surrender or appeasement. The United States, Europe, Japan, South Korea, and numerous other allies and friends around the world have enough power and leverage to discourage leaders in Beijing or Moscow who might set aside their own conflicts and seek to disadvantage the United States and the West. But a tough-minded yet prudent American foreign policy based on the world as it actually is would realistically evaluate the interests of other powers and take them into account in order to reduce the risk of provoking a counterbalancing global coalition. Thus, U.S. foreign policy should pay more attention to the benefits of working with Russia and China and taking into account their fundamental interests. Obviously, U.S. leaders must stand their ground on matters of national concern. But more cooperation with Russia and China should be on their minds. Such cooperation is not a reward for good behavior. It’s the best and perhaps the only way to defuse crises and reduce international stalemate; it is also a fundamental U.S. national interest. 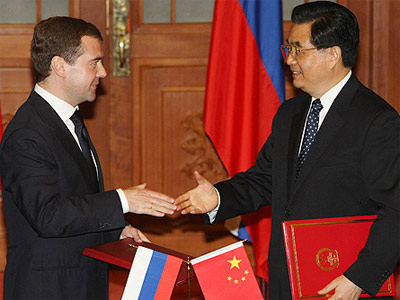