IN MATTERS of foreign policy, Congress, and especially the Senate, was designed as a hedge against the abuses exhibited by overeager European monarchs who for centuries had whimsically entangled their countries in misguided adventures. America would not be such a place. The Constitution would protect our governmental process from the overreach of a single executive who might otherwise succumb to the impulsive temptation to unilaterally risk our country’s blood, treasure and international prestige. Congress was given the power to declare war and appropriate funds, thus eliminating any resemblance to European-style monarchies when it came to the presidential war power.

Importantly and often forgotten these days, Article I, Section 8 of the Constitution was also carefully drawn to give Congress, not the president, certain powers over the structure and use of the military. True, the president would act as commander in chief, but only in the sense that he would be executing policies shepherded within the boundaries of legislative powers. In some cases his power is narrowed further by the requirement that he obtain the “Advice and Consent” of two-thirds of the Senate. Congress, not the president, would “raise and support Armies,” with the Constitution limiting appropriations for such armies to no more than two years. This was a clear signal that in our new country there would be no standing army to be sent off on foreign adventures at the whim of a pseudomonarch. The United States would not engage in unchecked, perpetual military campaigns.

Congress would also “provide and maintain a Navy,” with no time limit on such appropriations. This distinction between “raising” an army and “maintaining” a navy marked a recognition of the reality that our country would need to protect vital sea-lanes as a matter of commercial and national security, confront acts of piracy—the eighteenth-century equivalent of international terrorism—and act as a deterrent to large-scale war.

Practical circumstances have changed, but basic philosophical principles should not. We reluctantly became a global military power in the aftermath of World War II, despite our initial effort to follow historical patterns and demobilize. NATO was not established until 1949, and the 1950 invasion of South Korea surprised us. In the ensuing decades, the changing nature of modern warfare, the growth of the military-industrial complex and national-security policies in the wake of the Cold War all have contributed to a mammoth defense structure and an atrophied role for Congress that would not have been recognizable when the Constitution was written. And there is little doubt that Dwight D. Eisenhower, who led the vast Allied armies on the battlefields of Europe in World War II and who later as president warned ominously of the growth of what he himself termed the “military-industrial complex,” is now spinning in his tomb.

Perhaps the greatest changes in our defense posture and in the ever-decreasing role of Congress occurred in the years following the terrorist attacks on U.S. soil of September 11, 2001. Powers quickly shifted to the presidency as the call went up for centralized decision making in a traumatized nation where quick, decisive action was considered necessary. It was considered politically dangerous and even unpatriotic to question this shift, lest one be accused of impeding national safety during a time of war. Few dared to question the judgment of military leaders, many of whom were untested and almost all of whom followed the age-old axiom of continually asking for more troops, more money and more authority. Members of Congress fell all over themselves to prove they were behind the troops and behind the wars.

Hundreds of billions of dollars were voted for again and again in barely examined “emergency” supplemental appropriations for programs to support our ever-expanding military operations. At the same time, party loyalties over a range of contentious policy decisions became so strong that it often seemed we were mimicking the British parliamentary system, with members of Congress lining up behind the president as if he were a prime minister—first among Republicans with George W. Bush and then among Democrats with Barack Obama. And along the way, Congress lost its historic place at the table in the articulation and functioning of national-security policy.

This is not the same Congress that eventually asserted itself so strongly into the debate over the Vietnam War when I was serving on the battlefield of that war as a Marine infantry officer. It is not the Congress in which I served as a full committee counsel during the Carter administration and the early months following the election of Ronald Reagan. It is not the Congress, fiercely protective of its powers, that I dealt with regularly during the four years I spent as an assistant secretary of defense and as secretary of the navy under Reagan.

From long years of observation and participation it seems undeniable that the decline of congressional influence has affected our national policies in many ways, although obviously not everyone in Congress will agree with this conclusion. As in so many other areas where powers disappear through erosion rather than revolution, many members of Congress do not appreciate the power that they actually hold, while others have no objection to the ever-expanding authority of the presidency. Nonetheless, during my time in the Senate as a member of both the Armed Services and Foreign Relations committees, I repeatedly raised concerns about the growing assertion of executive power during the presidencies of both Bush and Obama as well as the lack of full accountability on a wide variety of fronts in the Department of Defense. These issues remain and still call for resolution.

WHEN IT comes to foreign policy, today’s Americans are often a romantic and rather eager lot. Our country’s continually changing, multicultural demographics and relatively short national history tend to free many strategic thinkers from the entangled sense of the distant past that haunts regions such as Europe and East Asia. The “splendid isolation” of the North American continent obviates the need to account for future challenges that otherwise would be inherent due to geographic boundaries as with Germany, France and Russia in Europe, or China, Korea, Japan and Russia in East Asia.

And so when our security is threatened we tend to take a snapshot view of how to respond, based on the analytical data of the moment rather than the historical forces that might be unleashed by our actions down the road. This reliance on data-based solutions that emphasize the impact of short-term victories was Robert McNamara’s great oversight as he designed our military policy in Vietnam during Lyndon Johnson’s administration. It was also Donald Rumsfeld’s strategic flaw as the George W. Bush administration planned and executed the “cakewalk” that soon became the predictable quagmire following the invasion of Iraq.

Resolving foreign-policy challenges depends not only on reacting to the issues of the day but also on understanding how history has shaped them and how our actions may have long-term consequences. This reality may seem obvious to people who devote their professional lives to foreign affairs, but many American political leaders tend to lose sight of it as the cameras roll and the ever-present microphones are thrust into their faces, putting one a mere five minutes away from a YouTube blast that might ruin his or her career. Politicians are expected to utter reasonably profound truths and to have at least talking points if not solutions, even if they are not intimately familiar with the historical trends that have provoked the crisis of the moment.

But in the aftermath of the analytically simpler challenges of the Cold War, present-day crises have become more complicated to explain with any expertise, even as the electoral process has become more obsessed with the necessities of fund-raising and as the political messages themselves have been reduced to blunt one-line phrases. As former House Speaker Thomas P. “Tip” O’Neill famously put it decades ago, most politics are local, and most politicians learn about the essentials of foreign policy only after they have been elected, if at all. This dichotomy explains the nearly total absence of any real foreign-policy debate in our electoral process, whether at the congressional or presidential level.

Nowhere is this truth more self-evident than in the national discussions that have emerged in the aftermath of the 9/11 terrorist attacks. Despite more than ten years of ongoing combat operations, and despite the frequent congressional trips to places such as Iraq and Afghanistan (usually on highly structured visits lasting only a few hours, or at the most a day or two), Congress has become largely irrelevant to the shaping, execution and future of our foreign policy. Detailed PowerPoint briefings may be given by colonels and generals in the “battle zones.” Adversarial confrontations might mark certain congressional hearings. Reports might be demanded. Passionate speeches might be made on the floor of the House and the Senate. But on the issues of who should decide when and where to use force and for how long, and what our country’s long-term relations should consist of in the aftermath, Congress is mostly tolerated and frequently ignored. The few exceptions come when certain members are adamant in their determination to stop something from happening, but even then they do not truly participate in the shaping of policy. 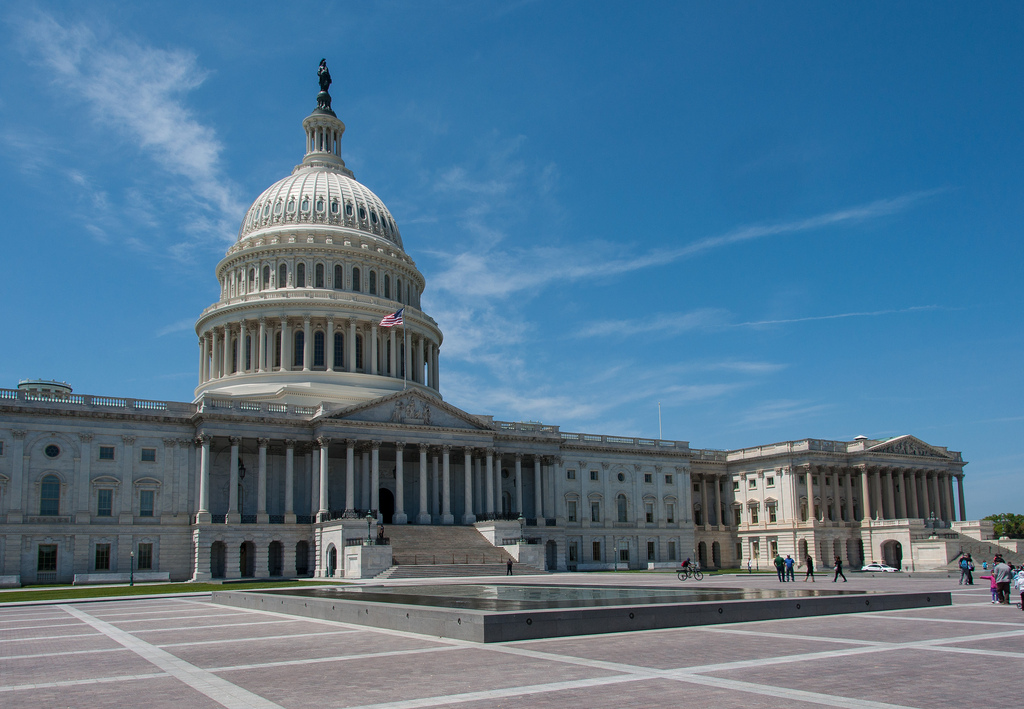