LESS THAN two years ago, as Barack Obama moved into the White House, the conservative movement in the United States was in disarray, at war with itself, uncertain about its future, and badly damaged by events it did not foresee and could not explain. An unpopular war in Iraq and a financial crisis coming to a head in the middle of the presidential campaign seemed to discredit two foundational pillars of postwar conservatism: a nationalistic foreign policy and a reliance on free markets to spur economic growth. Naturally, there were those eager to overinterpret the results of the 2008 election, declaring the death of conservatism as an influential movement in American politics. George Packer wrote in the New Yorker, E. J. Dionne in the Washington Post, and Sam Tanenhaus in the New Republic (and later in a full-length book) that the conservative era that began with the election of Ronald Reagan in 1980 had now come to an end with the failed administration of George W. Bush. All three writers, and many others too, argued that Obama’s victory marked the beginning of a new liberal era in American politics.

Today, only eighteen months or so into this new age, all the doom-and-gloom forecasts appear in retrospect to have been premature, misguided and based more on wishful thinking than on careful analysis. Going back at least as far as Theodore H. White’s award-winning chronicle of the 1960 campaign, journalists have been tempted to turn every presidential election into a historical turning point of some kind. Obama’s triumph may yet turn out to have marked such a crossroad, but probably not of the sort these writers imagined.

The premise that the period from 1980 to 2008 was in fact a “conservative era” in national politics is greatly exaggerated. It is true, of course, that conservatives achieved groundbreaking victories in the 1980s by restoring national confidence, igniting a stagnant economy, restructuring the tax system and engineering a military buildup that played a large role in bringing down the Soviet Union. It is also true that conservative ideas had a greater influence in national affairs during this period than at any time in the nation’s history—even to the point where a Democratic president could declare in 1996 that “the era of big government is over.” Nevertheless, during this so-called conservative ascendance, the federal government’s share of GDP was not reduced but merely stabilized, no major domestic social or educational program was terminated, and only one (welfare for the poor) was substantially reformed. More so, the libertarian revolution in cultural affairs launched in the 1960s proceeded apace. In the five presidential elections from 1992 to 2008, Republicans captured a popular majority exactly once, while the Democrats managed to turn several major states (California, Michigan, Illinois and New York) into one-party jurisdictions. Indeed, ever since the late 1980s, American politics have resembled a stalemate more than anything else; the two sides have implicitly agreed to follow conservative policies to promote economic growth while allocating the proceeds to bolster and expand the welfare state. This particular era may have come to an end two years ago, but largely because the engine of growth needed to sustain an expensive government establishment has run out of steam.

The election of 2008 was not a public endorsement of liberalism and a repudiation of conservatism. Perhaps believing that the election gave him an ideological mandate, and blessed with liberal majorities in both houses of Congress, President Obama decided early in his term to govern from the left instead of trying to split his opposition by moving more to the center. As he did so, his approval ratings steadily fell until they reached a point where today more than half of all voters disapprove of his policies and many of his fellow Democrats now refuse to appear with him when he visits their districts. The two signal achievements of the Obama administration and the Democratic Congress—an $800 billion stimulus package and the health-care-reform act—are now so unpopular with the voters that those officeholders on the left do not dare bring them up. In the meantime, Republicans have been reenergized by the “Tea Party” movement. More significantly, popular doubts about growing federal deficits and looming tax increases grow unabated. The mythical mandate of the 2008 election collapsed with surprising speed.

Anyone with a basic grasp of political arithmetic could have predicted a year ago that this was likely to happen. There is a decided tendency for critics to endow conservatives and the conservative movement with Wizard of Oz–like characteristics, at once possessed of the power to manipulate events but also ever susceptible to exposure and deserved exile. While conservatives have never had the ability to control the entire course of history, they have built a large and varied movement on the national scene that is not going to disappear anytime soon. Surely one of the more significant political developments in the United States over the last half of the twentieth century was the rise of conservatism from a marginal intellectual movement in 1950 to its position by the end of the 1990s as a rival to liberalism as the nation’s most influential public doctrine. It fought its way to that position, not through some underhanded political strategy concocted by Richard Nixon, Patrick Buchanan or Karl Rove, as some liberals have misled themselves into believing, but because it solved a series of public challenges—from crime to the Cold War—that liberals could not, or at least did not, address. Any movement with that kind of political momentum behind it was never likely to evaporate as a consequence of a single lost election.

More to the point, there are now more conservatives in America than there are liberals, which was not the case in 1933 when FDR launched the New Deal or in 1965 when Lyndon Johnson embarked on his Great Society. Gallup polls throughout 2008 and 2009 consistently showed that about 40 percent of Americans classified themselves as conservatives while only 20 percent said that they were liberals. A recent ABC News/Washington Post poll reported an identical public profile. While not a majority, conservatives make up a highly significant minority of American voters. Surprisingly, the financial crisis and the war in Iraq, while having undoubtedly damaged the Republican brand, do not appear to have dampened in any significant way the public’s support for conservative ideas pertaining to free markets and limited government. The fact that conservatism continues to prosper while Republicanism falters is yet one more sign that conservatism is more of an independent movement than just another adjunct of the Republican Party.

This imbalance of forces in public opinion, even allowing for the imprecision of the terms “liberal” and “conservative,” is one of the cardinal facts of American politics that should make us wonder, not about the death of conservatism, but rather how a new liberal era was ever going to be built upon the basis of such a meager public following. It suggests why liberals in power, if they are to survive, must tack to the center while conservatives can govern more from the right—and, indeed, why Obama’s attempt to reprise FDR and LBJ was bound to fail.

AMERICAN CONSERVATISM began decades ago as a movement of ideas and, notwithstanding its current popular appeal, has managed to maintain its original character. Thus David Brooks has observed that conservatives differ from other political sets in their apparent preoccupation with books, ideas and a handful of influential authors. One rarely hears of liberal groups discussing major works written by the intellectual architects of the welfare state, such as John Dewey, Herbert Croly or John Rawls, or sponsoring programs in honor of leading figures like John Maynard Keynes or John Kenneth Galbraith. One would be hard-pressed to identify an influential book or essay that sets forth the principles of contemporary liberalism as they relate to feminism, multiculturalism, diversity or economic planning. Conservative groups, on the other hand, regularly pay tribute in their programs to the founding fathers of conservative thought; the American Enterprise Institute sponsors an annual Irving Kristol Lecture, and the Manhattan Institute awards an annual Hayek Book Prize.

The texts that energize conservatives are not difficult to identify. The most influential of these publications are: (1) The Road to Serfdom, published by F. A. Hayek in London and in the United States in 1944, which developed the enduring case for classical liberalism; (2) Witness, published by Whittaker Chambers in 1952, and The Conservative Mind, by Russell Kirk in 1953, which provoked a renewal of Burkean conservatism, which in turn led to the founding in 1954 of National Review by William F. Buckley Jr.; and (3) the Public Interest, a quarterly journal founded in 1965 by Irving Kristol and Daniel Bell which was the original forum for neoconservatism, a set of ideas that quickly found expression in other influential venues, such as Commentary magazine and the editorial pages of the Wall Street Journal.

To a great extent, conservative thought evolved in the postwar period as these writers responded to developing events and also to one another. Hayek wrote The Road to Serfdom during the war in response to the gathering momentum of socialism in Great Britain. His antidote was the recovery of the Whig tradition of classical liberalism, out of which the institutions of liberty and limited government first arose in Britain and America. Though Hayek claimed to be a liberal in the old sense, he was also a conservative in the American context because he sought to preserve the Founders’ Constitution of liberty. As a consequence, Hayek developed a far larger and more influential following in the United States than he was able to muster on the other side of the Atlantic. 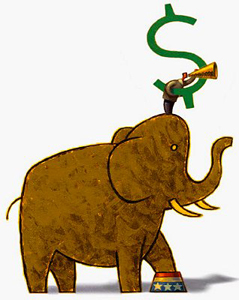