GOLD IS back, what with libertarians the country over looking to force the government out of the business of monetary-policy making. How? Well, by bringing back the gold standard of course.

There’s no better place to see just how real this oddball proposal is than in Iowa, with its caucuses just a few months away. In June, prospective voters were entertained not just by the candidates but also by the spectacle of an eighteen-day, multicity bus tour cosponsored by the Iowa Tea Party and American Principles in Action, or APIA. (The bus was actually a giant RV with a banner on the side featuring images of the U.S. Constitution, the American flag and the web address www.teapartybustour.com.) APIA is the nonprofit 501(c)(4) arm of the American Principles Project, the parent group of Gold Standard 2012. Gold Standard 2012 “works to reach out to lawmakers to advance legislation that will put the U.S. back on the gold standard” (quoting its blog). The goal of the bus tour, according to Jeff Bell, policy director of APIA and former Reagan aide, was to interest potential caucus voters in the idea that the United States should return to the gold standard, in the expectation that vote-hungry candidates for the Republican nomination would respond to a public groundswell.

The candidates, for their part, were cautious. Businessman Herman Cain, having backed the gold standard in earlier speeches, acknowledged a change of heart on the grounds that “one of my economic advisers said that it’s going to be more difficult than practical.” Minnesota congresswoman Michele Bachmann averred only that she would “take a close look at the gold standard issue.” Such caution did not, however, prevent Cain and Bachmann, along with former Minnesota governor Tim Pawlenty, former Pennsylvania senator Rick Santorum, former New Mexico governor Gary Johnson and former House Speaker Newt Gingrich from joining up with APIA’s magical mystery tour.

Nor did it prevent state legislators from attempting to move ahead on their own. A Montana measure voted down by a narrow margin of fifty-two to forty-eight in March would have required wholesalers to pay state tobacco taxes in gold. A proposal introduced in the Georgia legislature would have called for the state to accept only gold and silver for all payments, including taxes, and to use the metals when making payments on the state’s debt.

In May, Utah became the first state to actually adopt such a policy. Gold and silver coins minted by the U.S. government were made legal tender under a measure signed into law by Governor Gary Herbert. Given the difficulty of paying for a tank of gas with a $50 American eagle coin worth some $1,500 at current market prices, entrepreneurs then floated the idea of establishing private depositories that would hold the coin and issue debit cards loaded up with its current dollar value. It is unlikely this will appeal to the average motorist contemplating a trip to the gas station since the dollar value of the balance would fluctuate along with the current market price of gold. It would be the equivalent of holding one’s savings in the form of volatile gold-mining stocks.

Historically, societies attracted to using gold as legal tender have dealt with this problem by empowering their governments to fix its price in domestic-currency terms (in the U.S. case, in dollars). But the idea that government should legislate the price of a particular commodity, be it gold, milk or gasoline, sits uneasily with conservative Republicanism’s commitment to letting market forces work, much less with Tea Party–esque libertarianism. Surely a believer in the free market would argue that if there is an increase in the demand for gold, whatever the reason, then the price should be allowed to rise, giving the gold-mining industry an incentive to produce more, eventually bringing that price back down. Thus, the notion that the U.S. government should peg the price, as in gold standards past, is curious at the least. More curious still is the belief that putting the United States on a gold standard would somehow guarantee balanced budgets, low taxes, small government and a healthy economy. Most curious of all is the contention that under twenty-first-century circumstances going back to the gold standard is even possible.

FOR THIS libertarian infatuation with the gold standard, one is tempted to credit, or blame, the godfather of the Tea Party movement, Texas’s Ron Paul. (The Tea Party has its own spontaneous origins, to be sure, and Paul is reluctant to claim credit for its existence. But his success in using new media to raise $6 million for his 2007 presidential bid on the anniversary of the Boston Tea Party by appealing to hot-button issues like debt, taxes and government infringement on personal liberties provided the template for the movement’s subsequent growth.) Paul has been campaigning for returning to the gold standard longer than any of his rivals for the Republican nomination—in fact, since he first entered politics in the 1970s.

Paul is also a more eloquent advocate of the gold standard. His arguments are structured around the theories of Friedrich Hayek, the 1974 Nobel Laureate in economics identified with the Austrian School, and around those of Hayek’s teacher, Ludwig von Mises. In his 2009 book, End the Fed, Paul describes how he discovered the work of Hayek back in the 1960s by reading The Road to Serfdom. First published in 1944, the book enjoyed a recrudescence last year after it was touted by Glenn Beck, briefly skyrocketing to number one on Amazon.com’s and Barnes and Noble’s best-seller lists. But as Beck, that notorious stickler for facts, would presumably admit, Paul found it first.

The Road to Serfdom warned, in the words of the libertarian economist Richard Ebeling, of “the danger of tyranny that inevitably results from government control of economic decision-making through central planning.” Hayek argued that governments were progressively abandoning the economic freedom without which personal and political liberty could not exist. As he saw it, state intervention in the economy more generally, by restricting individual freedom of action, is necessarily coercive. Hayek therefore called for limiting government to its essential functions and relying wherever possible on market competition, not just because this was more efficient, but because doing so maximized individual choice and human agency.

The book was a powerful call to arms for the opponents of big government. But in fact it said relatively little about monetary policy. Writing in the early 1940s, Hayek was more concerned with the social and economic consequences of central planning in the Soviet Union, National Socialism in Germany, and the increasing scope of government economic intervention elsewhere, first during the economic crisis of the 1930s and then in World War II. Indeed, monetary policy as we know it played little role in regulating the market in either Nazi Germany or Stalinist Russia; the same was true of other countries in the exceptional circumstances of wartime. By and large this remained the case in the 1950s.

When reliance on monetary fine-tuning then increased in the 1960s, Hayek shifted his focus. In his 1976 study, The Denationalization of Money, he emphasized the government’s monopoly on printing money as the thin edge of the wedge that restricted individual decision making and gave the state additional resources with which to expand its powers. Moreover, the government’s control over currency led to instability in the market economy: “its susceptibility to recurrent periods of depression and unemployment.” It is a cycle that, once started, has no end.

For according to Hayek, democratic governments are temperamentally incapable of resisting pressure from special interests (whether it be farmers, unions or big corporations) clamoring for assistance, and they turn to the central bank to help underwrite their responses. The central bank thus buys the government’s bonds with newly minted currency and this, Hayek reasoned, inevitably fuels inflation. That inflation creates an unsustainable boom that eventually collapses, in turn creating further pressure for the government to intervene to stabilize an evidently unstable economy. Inflation, through its tendency to redistribute income and wealth largely to the detriment of the least advantaged members of society, further undermines popular support for the market system. What’s more, people can find it difficult to tell whether everything costs more or just a subset of goods, causing them to make bad economic decisions. This reduces the efficiency of production, reinforcing the impression that the market is incapable of delivering the goods. That in turn intensifies the pressure for government to intervene further and for the central bank to respond with exceptional measures of support. The result is yet another round of inflation and instability.

Exiled from Austria as a result of the Anschluss, Hayek saw the slippery slope from managed money to state control of the economy, and from there to the suppression of political freedoms, as self-evident. And having firsthand experience with the Central European hyperinflations of the 1920s, Hayek certainly knew from monetary instability. On taking power the Nazis may have retained the facade of the gold standard, but among their first acts was to broaden the restrictions on imports and exports of gold originally imposed by the Weimar government during the 1931 financial crisis. This largely cut off international transactions, allowing Hitler to expand public spending, including on the military, unrestrained by fears that the mark would collapse as it had ten years earlier. 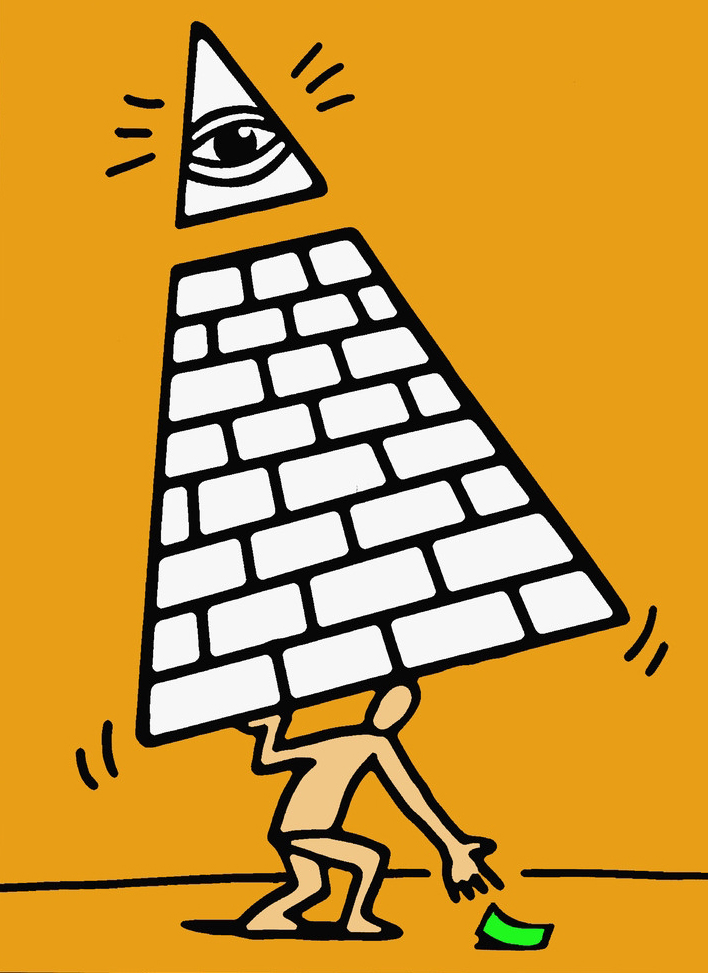