WHEN OPERATION Odyssey Dawn commenced in the skies over Libya on March 19, 2011, it represented a major turnaround in U.S. policy. Only nine months earlier, U.S. ambassador Gene Cretz had characterized the regime as a “strategic ally” of the United States due to Libyan cooperation on counterterrorism and nonproliferation issues (and its halting, tentative steps toward greater openness). Now Libya found itself on the receiving end of conventional U.S. military power for repressing a civilian population agitating for governmental change. Considerations that over the past sixty years might have stayed the hand of an earlier president—fears about regime change leading to a hostile government taking power in an oil-rich and geostrategic Middle Eastern state, or concerns about the potential debilitating costs of intervention—were set aside. And while Muammar el-Qaddafi’s distant past as an international renegade and sponsor of terrorism was invoked by Barack Obama, there was little effort to portray twenty-first-century Libya as a looming security threat to the United States. Indeed, given the more recent history of Libyan-American rapprochement, including Qaddafi’s active cooperation with the West in the struggle against al-Qaeda, such an attempt would have rung hollow. Instead, the Obama team embraced Qaddafi’s treatment of his population as the central rationale for the operation.

This marks a fundamental break with past American emphasis on serious threats to U.S. national security as the prime motivation for action, especially armed intervention. In making the case for war against Saddam Hussein in 2003, the Bush administration highlighted the Iraqi tyrant’s abuse of his citizens and his war crimes against Iran and the Kurds. But the case for invading Iraq rested not so much on humanitarian concerns as on displacing a volatile actor who threatened core American security interests. Saddam’s suspected depositories of unconventional weapons and his ties to terrorists became the central rallying cries of the proponents of coercive regime change, while humanitarian impulses to liberate an oppressed population were a secondary justification. In the case of Libya, however, no such national-security arguments were seriously proffered in support of the necessity for military action. The Obama administration never suggested that its intervention was designed to redeem any critical national interests; as a matter of fact, outgoing defense secretary Robert Gates loudly and repeatedly proclaimed that there were no vital interests at stake in Libya.

Moreover, the Libya operation took place against a backdrop of regional ferment that already had claimed the political lives of two close U.S. partners, Egypt’s Hosni Mubarak and Tunisia’s Zine el-Abidine Ben Ali, and was threatening to depose other American friends from Jordan to Yemen. Saddam Hussein had been an avowed enemy of the United States, which lent a certain geopolitical logic to George W. Bush’s invasion. But now Washington was demonstrating a willingness to side “with the street” against regimes that were pro-American. Six years ago, writing in these pages, Dov Zakheim expressed the prevailing U.S. outlook in dealing with friendly autocrats in the region:

Given their steps, however halting, toward creating freer societies, their willingness to countenance a Middle East peace settlement and the virulent anti-Americanism of much of their opposition, it must be asked whether it is really in America’s interest to distance itself from such regimes. Constructive engagement with friends who are slow to respond but respond nonetheless is one thing; rejection is quite another.

The gap between that philosophy and recent U.S. actions poses some questions: Are we witnessing a subtle paradigm shift, where governments’ treatment of their citizens, as opposed to their geopolitical conduct, is more important as a factor for U.S. policy? Does the Libya operation provide a model for low-cost, no-consequence interventions that Obama and other presidents may seek to employ elsewhere in the region and around the world? In short, has America entered a postrealist phase in its foreign policy, where it believes that it is possible to promote U.S. values at minimal cost to U.S. interests?

If these questions can be answered in the affirmative, then America could stand at the threshold of a new foreign-policy era dominated by a twenty-first-century iteration of Wilsonism—the widespread application of American power on behalf of humanitarian ideals even when it risks compromising key interests. What this would mean for America and the world remains an open question of profound dimension.

FOR DECADES, the specter of an Iran “lost” after the overthrow of the shah has hung over America’s Middle East policy. Washington saw how a revolution initially defined by calls for democracy and liberalization ended up ushering in an Islamic Republic bitterly hostile to U.S. interests. As Jeane Kirkpatrick concluded in November 1979:

The American effort to impose liberalization and democratization on a government confronted with violent internal opposition not only failed, but actually assisted the coming to power of new regimes in which ordinary people enjoy fewer freedoms and less personal security than under the previous autocracy—regimes, moreover, hostile to American interests and policies.

While experiments with democracy could be tolerated in some parts of the world because vital U.S. interests were not at stake, there was no room for error in the Middle East during the Cold War. In January 1980, Jimmy Carter made it explicit that the United States would respond, by military means if necessary, to any “grave threat to the free movement of Middle East oil” to the Western world.

In the years following the rise of Ayatollah Ruhollah Khomeini, a generation of hereditary monarchs and authoritarian presidents throughout the Middle East convinced Washington that, as much as their illiberal regimes might offend American democratic sensibilities, the alternatives would be worse—whether revolutionary regimes more inclined to side with the Soviet Union or Islamists convinced that America was indeed the Great Satan. The “Reagan Corollary” to the so-called “Carter Doctrine,” announced in October 1981, more explicitly committed the United States to preserving the internal stability of Western partners in the region, beginning with Saudi Arabia and its ruling House of Saud.

The unelected, absolute monarch of a theocratic state seemed to be an unlikely partner for an American president who, in quoting Winston Churchill in 1982, had reaffirmed his commitment to establishing “conditions of freedom and democracy as rapidly as possible in all countries.” But when King Fahd visited Washington in 1985, he received no lectures about the urgent necessity to democratize his realm. Instead, Reagan took the view that the best way to promote democracy in the long run was to prevent countries from going communist or Islamist in the short run.

America’s experience in East Asia and Latin America during the Reagan years buttressed this approach. Over time, in places such as Chile, South Korea and Taiwan, authoritarian presidents created the frameworks for gradual transitions to democracy without undermining their security relationships with the United States. Instead of siding with protestors calling for immediate democratic reform, Washington supported existing regimes in cracking down on the opposition, provided a long-term, gradualist program for change was being implemented.

So the Middle Eastern imperatives of geology and geography conspired to disabuse American officialdom of any Wilsonian impulses to push for democracy and human rights. The region’s oil was necessary for the free world’s economic vitality, and its strategic outposts were needed for the containment of the Soviet and Iranian menaces. The constellation of conservative monarchies and presidential dictatorships was important in subduing the radical clients of the Soviet Union; Saudi Arabia’s embrace of the mantle of the defenders of Islam was essential in negating Iran’s theocratic rage, while Saddam Hussein proved indispensible in checking Iran’s ambitions. And when Hussein himself sought to reorder the region’s politics more to his liking with his invasion of Kuwait in 1990, the United States assembled an international coalition that ejected him from his conquest and crushed his military.

The U.S. strategy succeeded. After Egyptian leader Anwar Sadat expelled some twenty thousand Soviet military “advisers” from his country in 1972, the Soviet Union never made substantial inroads into the Middle East. (While Syria remained a close client of Moscow, it could never aspire to play the same role as Egypt.) The radical Arab republics failed to dislodge the conservative order and nudge the region toward neutralism or, even worse, communism. The region’s oil, especially after the collapse of oil prices in the 1980s, continued to lubricate the Western economic surge. The revisionist states of Iran and Iraq were confined in their boundaries, stripped of their ambitions for regional hegemony and power, and served as regional counterweights to each other.

The collapse of the Soviet Union in 1991 did not fundamentally alter the trajectory of U.S. policy. Replacing the “Red Menace” was now the “Green Crescent”—fears that militantly anti-Western Islamist groups were on the march. When Algeria’s Islamists seemed on the verge of taking control of a key North African state after the results of the first round of elections in 1991, the West acquiesced in the Algerian military’s January 1992 decision to cancel further balloting. In Egypt, the most populous state in the Arab world, a terror campaign by Al Gamaa al-Islamiyya to bring down the government by targeting police and foreign tourists reinforced the belief that the regime of Hosni Mubarak must get America’s unconditional support or Egypt could be “lost” to a hostile ideology. This was, remember, a time when Bill Clinton was hoping to expand the Middle East peace process by having more leaders—even if not democratically empowered—join Egypt in concluding peace treaties with Israel. 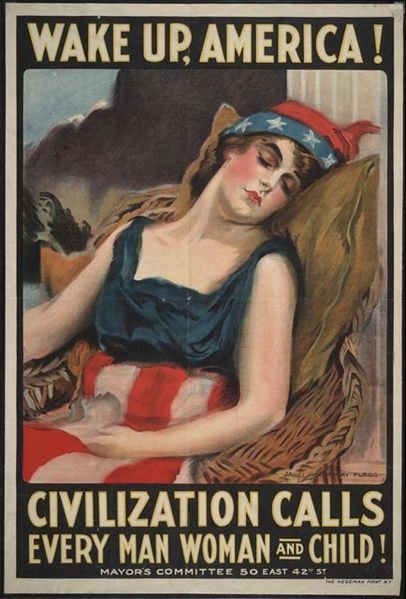