ONE STRIKING feature of foreign-policy discussions in the United States is the widespread assumption that this country is the “indispensable nation” in the international system. Historian James Chace and Clinton presidential aide Sidney Blumenthal apparently coined the term in 1996 to capture the essence of Bill Clinton’s liberal-internationalist vision of the post–Cold War world, but it is a term that conservatives and moderates as well as liberals have used frequently since then. In his 2012 State of the Union address, Barack Obama asserted that “America remains the one indispensable nation in world affairs—and as long as I’m President, I intend to keep it that way.”

Only a handful of iconoclasts in the foreign-policy community—and even fewer mavericks in the political arena—dare to challenge the conventional wisdom. That is unfortunate, because the notion of the United States as the indispensable nation is not only dubious, but it also entrenches a counterproductive security strategy. It is a blueprint for strategic overextension and, ultimately, a failed paradigm.

The term “leadership” itself is often a euphemism for those who see the United States as the indispensable nation. They usually mean America as the de facto global hegemon, and some are occasionally candid enough to use that word. Mitt Romney succinctly expressed the concept when he asserted that “America is not destined to be one of several equally balanced global powers.” Discussing the U.S. role in East Asia, American Enterprise Institute scholar Daniel Blumenthal warned of dire consequences if the United States no longer played “the role of benign hegemon in Asia.”

Although some pundits and policy experts suggest that U.S. leaders should encourage other “cooperative” countries to have a greater voice and play a larger role in collaborative enterprises, even such proponents of multilateralism tend to become anxious if the United States is not clearly in charge on important matters. The neoconservative faction in the U.S. policy community does not even pretend to favor genuine multilateralism. Their preferred strategy is one in which the United States either acts unilaterally—often with a tinge of contempt for the views of other countries—or acts as the undisputed leader of a coalition, as during the Iraq War.

Proponents of the indispensable-nation thesis all agree that it would be calamitous for Washington to step back from its current global role. Such a move, in their view, would damage crucial U.S. interests, as well as the overall peace and prosperity of the world. They differ among themselves, though, on just what form that calamity would take.

For most, the primary danger they foresee is that chaos would ensue if the United States did not exercise robust global leadership. Writing in 2000, William Kristol, founder and editor of the Weekly Standard, and Robert Kagan, at the time a scholar at the Carnegie Endowment for International Peace, warned that the greatest danger in the twenty-first century was that the United States, “the world’s dominant power on whom the maintenance of international peace and the support of liberal democratic principles depends,” would “shrink its responsibilities and—in a fit of absentmindedness, or parsimony, or indifference—allow the international order that it created and sustains to collapse.” Blumenthal agrees that such a terrible fate would certainly befall Asia, insisting that without U.S. hegemony, “chaos would ensue. No one would lead efforts to further build upon an economically vital region, stem proliferation, or keep great power peace.”

Stuart Gottlieb, a former foreign-policy adviser to two senior Democratic senators, insists that history confirms that point on a global basis. He argues:

Over the past century, each of America’s attempts to reduce its role in the world was met by rising global threats, eventually requiring a major U.S. re-engagement. . . . In each case, hopes were soon dashed by global challengers who took advantage of America’s effort to draw back from the world stage—Germany and Japan in the 1930s, the Soviet Union in the immediate post-World War II period and the Soviet Union again after Vietnam. In each case, the United States was forced back into a paramount global leadership role.

Although most proponents of continued U.S. dominance argue that global chaos would be the inescapable consequence, there is another concern, especially among hawkish conservatives. While they do fret about the possibility of planetary anarchy, their primary worry is somewhat different. Orthodox believers in America’s indispensability assume that no other nation or combination of nations could fill the void Washington’s retrenchment would create. But some advocates of U.S. preeminence disagree, believing that other major nations would move to fill such a leadership vacuum. And they fear that the most likely replacements are nations whose values and policies are hostile to America’s interests.

When not writing pieces with the apocalyptic Kristol, Kagan hedges his bets between the two unsavory aftermaths of U.S. withdrawal:

The present world order—characterized by an unprecedented number of democratic nations; a greater global prosperity, even with the current crisis, than the world has ever known; and a long peace among great powers—reflects American principles and preferences, and was built and preserved by American power in all its political, economic, and military dimensions. If American power declines, this world order will decline with it. It will be replaced by some other kind of order, reflecting the desires and the qualities of other world powers. Or perhaps it will simply collapse, as the European world order collapsed in the first half of the twentieth century.

Kagan’s one certainty is that a world without U.S. dominance would be an unpleasant place. As he writes, “The belief, held by many, that even with diminished American power ‘the underlying foundations of the liberal international order will survive and thrive,’ as the political scientist G. John Ikenberry has argued, is a pleasant illusion.”

NOT SURPRISINGLY, most of the suspicion about potential new hegemons is directed at two major powers that are not liberal democracies: Russia and China. The jaundiced American view of Moscow has diminished, given the demise of the Soviet Union and the decline of Russian political and military clout since the end of the Cold War. But that change is more modest than one might expect. Russophobes may not hate and fear Vladimir Putin as much as they did the likes of Stalin, Khrushchev and Brezhnev, but an undercurrent of hostility remains. The shrill reactions of Bush and Obama administration officials (and many pundits) to Russia’s reluctance to endorse harsher sanctions against Iran—and more recently, against Syria—is one manifestation. Staunch proponents of NATO suggest privately, and sometimes even publicly, that Moscow might again seek to dominate Eastern and Central Europe in the absence of a robust, U.S.-led NATO.

The principal suspicions, though, are directed against a rising China. Princeton University’s Aaron Friedberg, one of the more sensible and moderate neoconservatives, argues that China is already determined to displace the United States as East Asia’s hegemon. His latest book, A Contest for Supremacy, presents that thesis emphatically. Cambridge University’s Stefan Halper, a former official in both the Nixon and Reagan administrations, believes that trend is not confined to Asia. In his recent book The Beijing Consensus, Halper contends that China is presenting itself as a rival global model (one of authoritarian capitalism) to the democratic-capitalist model (the “Washington Consensus”) that the United States guards and sustains. He argues further that Beijing has made considerable inroads in recent years.

It would be a mistake, though, to assume that devotees of the indispensable-nation thesis only fear that hostile, undemocratic nations would move to fill a regional or global leadership vacuum. U.S. policy makers in both the Clinton and George W. Bush administrations were also noticeably unenthusiastic about even another democratic nation—or a combination of democratic nations—supplanting Washington’s leadership role. During the 1990s, two editions of the Pentagon’s policy-planning guidance document for East Asia made veiled warnings that another nation might step forward—and not in a way consistent with American interests. Given China’s modest economic capabilities and military weakness at the time, the Pentagon’s concerns did not seem directed primarily at that country. Both the language in those documents and the strategic context suggested that the principal worry of the Department of Defense planners was that Japan might remilitarize and eventually eclipse U.S. power and influence in the region.

The U.S. attitude toward a greater—and especially a more independent—security role for the European Union and its leading members has not been much friendlier. Time and again, the Clinton and Bush administrations discouraged their European allies from being more assertive and proactive about the Continent’s security needs. Members of the U.S. policy community viewed with uneasiness and suspicion any move that threatened the preeminence of NATO as Europe’s primary security institution. This was not surprising. Washington not only has a chair at NATO’s table, it occupies the chair at the head of the table. Conversely, there is no U.S. seat when the EU makes decisions. For Americans who relish Washington’s dominance in transatlantic affairs, that absence of an official U.S. role is troubling enough on important economic issues. They deem such a development on security issues even more worrisome. 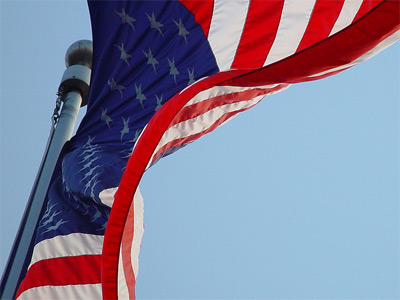