THE DRUG violence in Mexico no longer is a concern just to that country. More than forty-three thousand people have died in the fighting there since President Felipe Calderón initiated his military offensive against the powerful drug cartels in December 2006. Uneasy officials in the United States understandably worry not only about the potential of the growing turmoil to destabilize Mexico; they also worry about the prospect of the violence seeping northward into the United States.

That could happen. But currently Mexico’s drug violence is spreading south into Central America, not north into the United States. That may prove to be only minor comfort to U.S. officials, though, because the expanding influence of the Mexican cartels is posing a security threat to fragile Central American countries. That development could put the region back on Washington’s priority security agenda for the first time since the end of the Cold War.

One reason the cartels are expanding their operations into Guatemala, Honduras and other Central American countries is Calderón’s vigorous antidrug offensive in Mexico. Although powerful players such as the Gulf, Sinaloa and Zetas cartels are not about to abandon their positions inside Mexico, they are dispersing some of their operations to safer arenas. David Gaddis, chief of operations for the U.S. Drug Enforcement Administration, observed that the cartels are moving into countries “where they feel, quite frankly, more comfortable” than they do in Mexico.

In a December 2009 Time magazine interview, Honduran antidrug czar Julian Aristides González stated that in the six years he had held the post, he saw the presence of the Mexican cartels explode. He made a glum assessment: “Almost all of the big Mexican organizations are carving out territory here. And when they run into each other, they will fight over it.” He might have added that the cartels would not hesitate to eliminate any official who tried to impede their operations. Aristides González himself was assassinated shortly after giving his interview to Time.

What is so worrisome about the mounting presence of the drug cartels in Central America is the vulnerability and overall weakness of the region. There has been speculation that the violence in Mexico could ultimately cause that country to become a “failed state.” Such fears are understandable given the scope of the carnage, but they are excessive. For all of its problems, Mexico still maintains powerful institutions that serve to keep the country relatively stable. One is the Catholic Church, a prosperous, well-organized and pervasive factor in Mexico. Another is the influential business community, which has an enormous incentive to prevent the country from descending into chaos. There are three stable political parties that have the same incentive and impressive capabilities. Though Mexico faces a serious threat from the drug cartels—and there are a few areas of the country in which the government’s writ has become precariously weak—it is still a long way from becoming a failed state.

Mexican drug cartels now operate virtually uninhibited in their Central American backyard. U.S.-supported crackdowns in Mexico and Colombia have only pushed traffickers into a region where corruption is rampant, borders lack even minimal immigration control and local gangs provide a ready-made infrastructure for organized crime.

Indeed, the marked deterioration of the security environment in the region seemed to begin in 2008, when the Zetas, a cartel that originated with special-forces units in Mexico’s military trained by the United States to combat the drug traffickers, defected to the Gulf cartel. Later, the Zetas broke with their new employer and became a competing trafficking organization. Local traffickers in Guatemala, Honduras and El Salvador invited the Zetas in, partly to provide protection but also to help professionalize their operations. It was not long, though, before the Zetas displaced the locals and took over. And once that occurred, other Mexican cartels—especially La Familia and the Sinaloa and Gulf cartels—also moved in, lest their ruthless competitor gain control of all the lucrative trafficking routes through Central America.

ONE MAJOR reason for worry about the power of the cartels is the political fragility of the Central American countries. Mexico had eight decades of political stability from the 1920s to the early years of the twenty-first century under the domination of the Institutional Revolutionary Party (PRI). Even though the country now has a multiparty system and the PRI has lost the last two presidential elections to the conservative National Action Party, Mexico is still a bastion of political stability compared to its Central American neighbors.

With the exception of Costa Rica, those countries have been buffeted by decades of turmoil, including violent peasant rebellions, military coups, bloody civil wars and ideologically driven societal upheavals. Mexico’s weaknesses, especially the pervasively corrupt police forces and prison system, as well as the dysfunctional court system, are not only replicated but also greatly magnified in most Central American countries.

The relative stability of the past two decades in Central America has been a refreshing divergence from the historical norm. Indeed, it has been a sharp contrast to the situation as recently as the 1980s, when the Reagan administration worried that the region was about to be engulfed by communist-led revolutions. Now, with the Mexican cartels moving in, the recent period of quiescence could prove to be all too brief.

Officials in Central America and the United States have expressed serious concerns about the penetration of the region by the trafficking organizations. At a regional summit meeting in June, Secretary of State Hillary Clinton assured nervous Central American officials: “The United States will back you.” She also underscored how seriously the Obama administration took the ominous trend. “Everyone knows the statistics, the murder rates surpassing civil war levels,” she said, referring to the Cold War–era conflicts between left-wing and right-wing forces that plagued El Salvador, Nicaragua and Guatemala from the 1970s to the early 1990s. She added, “We know that the wave of violence . . . also threatens our own country.”

Clinton’s comments were accompanied by a pledge of $300 million in aid. But that pledge was less impressive than it might seem, since some of the funds were simply repackaged under the new Central America Regional Security Initiative approved by Congress in September 2010. These funds were diverted from the Mérida Initiative, announced in October 2007, which was the centerpiece of the U.S.-sponsored multiyear antidrug program for Mexico and its neighbors. The secretary’s commitment of $300 million, however, was in addition to the $200 million that President Obama promised during a visit to El Salvador in March 2011 to assist Central American governments confronting the drug gangs.

But regional leaders emphasize they will need much more money than Washington is talking about. The seven countries have proposed twenty-two economic and security initiatives that would cost at least $900 million. They stress their countries cannot afford those initiatives on their own. “For us, it is the difference between life and death,” Guatemalan president Álvaro Colom asserted.

Colom perhaps takes the cartel menace more seriously than his Central American colleagues. In late 2010 and early 2011, he declared a state of siege in Guatemala’s mountainous northern state of Alta Verapaz, near the border with Mexico. That area was a major corridor for the transportation of drugs from South America through Honduras and eventually into Mexico. The Zetas operated with such impunity that before the siege declaration and the deployment of several thousand troops, the cartel’s heavily armed gunmen effectively controlled the streets of several towns in Alta Verapaz and even imposed curfews on the inhabitants.

The troubling security environment in Alta Verapaz seemed symptomatic of a much larger problem. According to Leonel Ruiz, Guatemala’s federal prosecutor for narcotics offenses, the Zetas now control four other states and nearly half of Guatemala’s territory. Kevin Casas-Zamora, a former vice president of Costa Rica and now a fellow at the Brookings Institution, puts the figure at 40 percent, including a large northern region known as the Petén. “The Zetas have roadblocks there,” he notes. “You can only enter the Petén if the Zetas allow you to.”

Significant portions of Honduras and El Salvador also have fallen under cartel penetration. Governmental control in those regions is precarious at best. El Salvadoran president Mauricio Funes reveals that the Zetas are bribing elite police units with $5,000 monthly payments to cooperate with the cartel and to steal high-powered weapons and grenades from the military. In the spring of 2011, nearly a dozen El Salvadoran soldiers were arrested trying to sell two thousand grenades to traffickers.

Honduran president Porfirio Lobo contends that in his country drug-gang members now outnumber police officers and soldiers. An Al Jazeera interview with “Victor,” a former major trafficker, confirms how bad the situation in Honduras has become. “I had a godfather,” Victor told reporters. “I just needed to call him up if the police stopped me at a check point.” The Al Jazeera correspondents witnessed how the traffickers dominate the rural portions of Honduras, including the province of Colon. “Everyone is armed: we saw drug dealers with AK-47s . . . and gunmen in trenches within the perimeters of the palm oil plantations.” Those plantations often serve as cover for drug-trafficking operations. The reputed local drug kingpin, Leonel Rivera, travels the area freely, but honest farmers are fleeing the province in droves, and media reporters in the area have become as wary as their colleagues in the most violent portions of Mexico about covering cartel activities. Another gruesome feature of life in Mexico—the sight of decapitated bodies—is an increasingly frequent occurrence in Honduras. 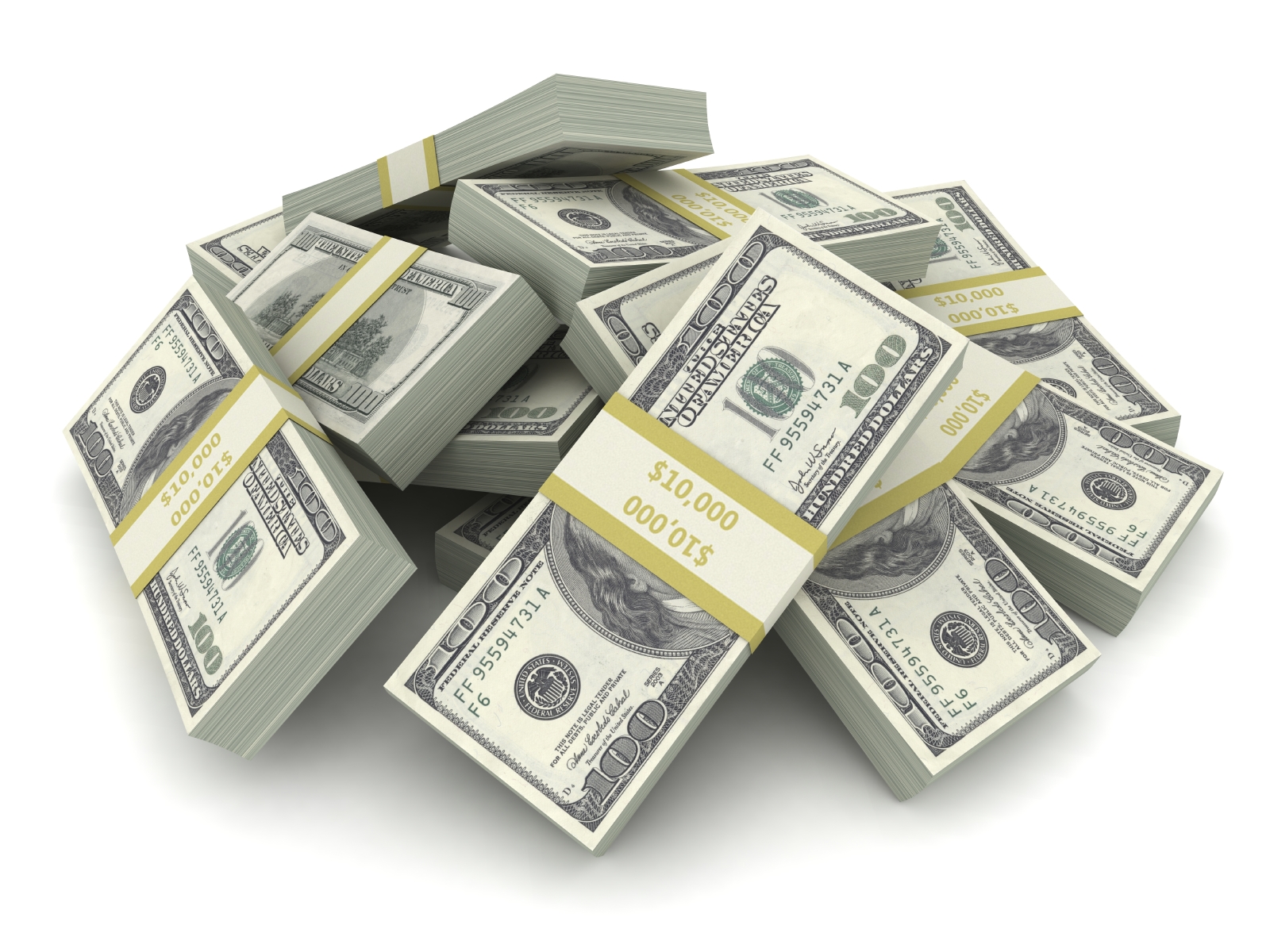 Pullquote: What is so worrisome about the mounting presence of the drug cartels in Central America is the vulnerability and overall weakness of the region.Essay Types: Essay