However horrified many of the writers and artists were who had unknowingly been the beneficiaries of the CIA’s largesse (some were while others pretended to be), in Cold War terms this form of democracy promotion made a great deal of tactical sense. And in the 1970s and 1980s, with the appeal of Soviet-style communism almost entirely a thing of the past, American democracy promotion was increasingly focused on supporting political and cultural dissidents within the Warsaw Pact countries. This project, too, was immensely successful, and some of the most important Eastern bloc dissidents—including Vaclav Havel, the great Russian poet Joseph Brodsky and many more—were immensely grateful. The dissidents didn’t “create” the events of 1989, but they were its vanguard, to use an old Marxist term. American support helped Havel hang on until history confirmed his intuition that, as he would later put it, “seemingly unshakable totalitarian monoliths are in fact sometimes as cohesive as proverbial houses of cards, and fall just as quickly.” And the European experience demonstrated that democracy promotion could actually contribute to U.S. victories such as the Cold War.

Thus, for Washington to have failed to employ the strategy of democracy promotion would have been foolish in the extreme. Ronald Reagan characterized the early 1980s as ushering in a “worldwide democratic revolution,” and his administration in 1983 formalized these efforts with the National Endowment for Democracy (NED) and its four subsidiary organizations: the International Republican Institute, the National Democratic Institute (NDI), the Center for International Private Enterprise and the American Center for International Labor Solidarity. At this point, the actual term “democracy promotion” came into widespread use. None of this was particularly admirable. Indeed, some of the effects of this democracy promotion were unquestionably malign, others merely sordid. But war is a sordid business, and the rationale for the steady buildup of U.S. democracy-promotion efforts throughout the Cold War made perfect sense then and still makes sense in retrospect.

THE QUESTION today, however, is why, a full two decades after the collapse of the Soviet Union, American government agencies, major philanthropies and NGOs—notably the U.S. Agency for International Development (USAID), the NED and its subsidiaries, Freedom House and George Soros’s Open Society Foundations—still push for democracy-promotion expansion.

And this expansion has been prodigious. Of USAID’s seven stated strategic goals, in 2011 it allocated $17 billion (or 55 percent of the total State Department and USAID foreign-assistance budget) to the third of these goals, which it defined as being to “expand and sustain the ranks of prosperous, stable and democratic states by promoting effective, accountable, democratic governance; respect for human rights; sustainable, broad-based economic growth; and well-being.”

Obviously, a great deal of this money went to economic development, global health and nutrition. Still, the substantial proportion committed to democracy promotion and the centrality that secretaries of state during the Clinton, George W. Bush and Obama administrations have given these efforts in U.S. foreign policy suggest that confidence in democracy promotion remains unshaken in Washington—despite the reverses this outlook has suffered in the battle spaces of the “long war” and the problems emanating from what George W. Bush liked to call the “global freedom agenda.”

Yet this powerful faith and commitment should not be accepted as dispositive. It is reasonable in 2012 to ask whether democracy promotion can legitimately be described as a coherent doctrine at all and to wonder whether it can ever recover from the shocks it has undergone since the heady days of the Berlin Wall’s fall. Most American policy makers and human-rights activists may believe that history is on their side, but for the first time since the Soviet collapse their efforts are encountering serious resistance not only from resurgent states such as Russia and emergent powers such as China but also from many nations in the Global South. For these countries, the democracy promoters’ claims sound more like moral flags of convenience to further U.S. interests than disinterested efforts in the name of the global public good.

After all, the George W. Bush administration used the democracy agenda to justify its Iraq invasion and the global prosecution of its long war against jihadis. The perception that the United States wasn’t exactly the paragon of the democratic norms it preached called into question the moral bona fides of the entire project. This questioning emerged even in the United States. But, even before these contradictions were widely perceived by American policy makers as constituting a potential threat, democracy promotion was becoming the victim of its own success. There is a business-school adage that the greatest danger a successful corporation faces is expanding too fast. That is what occurred with democracy promotion, for reasons that were as convincing at the time as they are foolish in retrospect. The collapse of the Soviet Union, though hardly as inevitable as commonly assumed, seemed to many intelligent people, including Washington policy makers, to confirm the rightness of the democracy agenda. This silly season of post–Cold War triumphalism endured through the Clinton administration and, more surprisingly, lingers on today, as seen clearly in the policy positions of Secretary Clinton’s State Department and the renewed emphasis on democracy promotion within USAID.

In fairness, how could the United States’ Cold War victory not have distorted people’s perceptions? Wasn’t this victory and America’s emergence as the globe’s sole superpower a vindication of its form of social organization? But the Iraqi disaster and the quagmire in Afghanistan would prove that, while in terms of military assets the United States was now unparalleled, it was nonetheless still incapable of shaping events in accordance with its wishes. Besides, the dysfunctionality of the American political system that began under George W. Bush and intensified under Barack Obama damaged the belief that American democracy was without equal in the world. Despite Secretary Clinton’s foolhardy statements, the success of authoritarian capitalism in China, particularly when contrasted with the Western financial crisis, has raised the question of whether the United States has either the means or the moral authority to engage in democracy promotion on a global scale.

But in the 1990s, all this was in the future. Then, it seemed perfectly reasonable to think that all nations would soon be liberal democracies and that the U.S. mission was to get them there as quickly as possible. To help facilitate this outcome, democracy promotion in the 1990s focused largely on what often were called transition initiatives—that is, the shepherding of formerly communist countries and the less ideologically defined dictatorships in the Global South toward Fukuyama’s promised land. Where successor regimes were not willing to sign on, the United States and certain private groups (notably the Soros Foundations in Georgia) threw their weight and money behind opposition figures eager to do just that. Not surprisingly, in an economically successful tyranny such as China or a politically effective tyranny such as Putin’s Russia, Washington’s idea of the democracy transition was viewed as “regime change.” It is difficult to say whether Washington was simply oblivious to these concerns or felt so confident it held the geopolitical whip hand that it did not need to heed them. Perhaps it simply was convinced, as reflected in confident statements by American politicians and democracy-promotion activists, that Russia and China too would simply have to join President Clinton’s “world of democracies.”

This hubris should not be surprising. To be sure, the 1990s are not usually regarded as a time of ideological fervor in the United States. Bill Clinton’s presidency is widely viewed as a time of comparative comity (leaving aside the impeachment crisis). But ideological fervor fueled the idea that we were all witnessing the birth of a world in which practically everyone on the planet would live under the same political and economic system. There certainly was no historical basis for such a vision. What emerged was what must be called a missionary zeal for the universalization of democracy curated by the United States. Democracy became as much a faith as a system, and in promoting it governments and NGOs were performing the secular equivalent of the Lord’s work. The force of the comparison between post–Cold War democracy promoters and Christian missionaries of old lies in their confidence that each of their systems—Christianity for the missionary, democratic capitalism for the democracy promoter—is not an answer but the answer.

Thus, Christianity was not some “idea” about which reasonable people could differ. The missionaries saw it as offering the truth, pure and simple. Proponents of democracy building, which itself is best viewed as one subset of the international human-rights movement, do not literally believe themselves to be preaching God’s word. But it was not for nothing that many people both within and outside the human-rights movement have described it as a secular religion. And this heady mixture of Fukuyama, Human Rights Watch and the Soros Foundations stirred in the democracy-promotion movement a moral confidence as robust as that of any member of the White Fathers order in Kenya or Scottish Presbyterian missionaries in China—that is, fallible perhaps on details but infallible on the essential dogma. 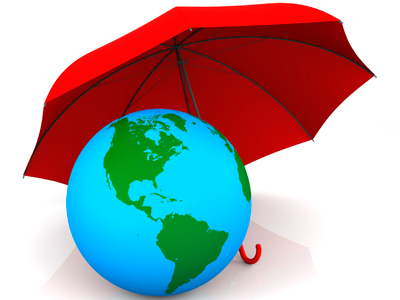