PRESIDENT BARACK Obama is in many respects the opposite of Richard Nixon and George H. W. Bush, both foreign-policy presidents who subordinated their domestic ambitions to America’s national-security requirements. Moreover, where Obama has succeeded internationally, his successes have been largely tactical rather than strategic, reflecting the fact that he is fundamentally a domestic leader with a European-style socialist agenda but little or no foreign-policy vision. This lack of an international agenda is why the president may be called a pragmatist, but not a realist.

One result of all this is that his administration’s foreign-policy choices often appear substantially driven by political expediency—and particularly a desire to avoid domestic criticism, something apparent in both the president’s surge in Afghanistan and his later plan for withdrawal. Another is that, lacking a vision, the administration rarely appears to engage in long-term thinking about the international environment, historical processes or the potential unintended consequences of its choices. In fact, its sense of history seems highly politicized and simplistic.

Short-term political thinking about foreign policy cannot sustain America’s international leadership, which requires clear distinctions between immediate tactical problems and longer-term strategic threats. Today, most analysts agree that the greatest danger to the United States is not from Iran, which does not yet have nuclear weapons, or even al-Qaeda, which has been seriously damaged, but rather from Pakistan’s nuclear arsenal. Maintaining the Pakistani government’s ability to control its roughly one hundred nuclear weapons is a vital American national interest; the loss of a single warhead to extremists, whether through a government collapse or through a disaffected anti-American faction in Pakistan’s military or intelligence services, could be devastating.

Strikingly, U.S. policy has given relatively little weight to this concern: the Bush administration subordinated a coherent U.S. strategy in the region to the optional invasion of Iraq; both the Bush and particularly the Obama administrations have emphasized the war against al-Qaeda to such an extent that the U.S.-Pakistan alliance is in tatters. Now Islamabad’s very stability has come into question.

It is good to hear from Secretary of Defense Leon Panetta and other senior officials that al-Qaeda and the Taliban have suffered major setbacks. It was even better to hear that U.S. troops had finally killed Osama bin Laden. Nevertheless, these triumphs have come at demonstrable cost. There was perhaps no reliable way to kill bin Laden without grievously offending Pakistan’s government and people, though a senior administration official has admitted that the United States “underestimated the humiliation factor” of the raid. Still, American officials could have structured U.S.-Pakistan relations in a way that would have made this necessary infringement on Pakistan’s sovereignty the exception rather than the rule in Washington’s approach to its admittedly frustrating and unreliable ally. Instead, the administration expanded drone attacks on less-than-essential targets (the average frequency of drone strikes under President Obama is one every four days, compared to one every forty days during the Bush administration); harshly criticized Pakistan’s government and military before the Abbottabad operation; embarrassed both by killing bin Laden inside the country; and then followed the action with further public criticism and cuts in assistance to the Pakistani military.

Can the United States afford to push Pakistan over the edge? If not, we must find a way to balance our clear interest in defeating al-Qaeda and the Taliban against Pakistan’s continued stability—including our relationship with Pakistan’s government, military and citizens. Dennis Blair, forced to resign last year as director of national intelligence, has suggested coordinating drone strikes much more closely with Islamabad.

In the longer run, China’s rise will clearly be a historic challenge to the United States. Yet, while administration officials talk frequently about China in domestic contexts, the president’s policy toward Beijing is fundamentally incoherent.

Two recent books, Henry Kissinger’s On China and Aaron Friedberg’s A Contest for Supremacy: China, America, and the Struggle for Mastery in Asia, suggest two very different interpretations of Chinese conduct and propose alternative American responses. Kissinger views China as a rising but thus far moderate power and warns against creating a self-fulfilling prophecy that could lead to zero-sum competition between Beijing and Washington. He argues that such rivalry could lead to a pre–World War I situation with potentially devastating consequences for both nations and for the rest of the world. Friedberg ridicules this approach, arguing that the United States should seek to democratize China and, if this does not succeed, should practice assertive containment. In his view, if the World War I analogy has any value, it is in demonstrating that the British were too timid in responding to Germany’s rise.

Kissinger and Friedberg offer coherent proposals that are mutually exclusive. Kissinger’s is much more persuasive to me, but there is a choice—and America must make a decision. Accordingly, it is quite troubling to see the Obama administration trying to have it both ways: building a cooperative relationship with Beijing while visibly siding with China’s neighbors in every dispute. At the same time, after initially downplaying democracy promotion, the administration seems to have begun to pursue it with new energy, partly under the influence of Chinese dissidents and partly, insiders say, because officials are reluctant to be portrayed as China apologists. Whatever the motivation, Beijing is likely to view this combination of external and internal pressure as a serious threat.

Meanwhile, if the White House is seriously seeking to contain China or, alternatively, to shape a global environment that would make containment unnecessary, it is hard to imagine how this could be done without precluding any rapprochement between Moscow and Beijing. The administration claims the reset with Russia is one of its most significant foreign-policy successes. But there is less here than meets the eye—on both sides. Russian concessions so far have been halfhearted and Russian policies, whether on Iran or Libya, do not coincide with those of America. For its part, the United States appears unprepared to address Moscow’s greatest concerns: integration into Europe’s security architecture and reliable assurances on missile defense.

More narrowly—but no less problematic for U.S. efforts to have better relations with Russia than Russia has with China—Obama’s team is risking alienating a large portion of the Russian elite in its response to corruption and human-rights violations. While the State Department has made clear its opposition to legislation punishing Russian officials allegedly linked to the death of lawyer Sergei Magnitsky while in police custody, the administration has decided preemptively to deny visas to those it considers implicated in the case. Moscow has stated clearly that this could derail cooperation across the board, including on sanctions against Iran and transit to Afghanistan (a deal that becomes even more important as U.S. ties to Pakistan deteriorate).

Corruption in Russia is pervasive and is an obstacle to foreign investment and ultimately to any political or economic progress in the country. But with American blood and treasure safeguarding some of the most corrupt governments in the world in Afghanistan and Iraq, focusing on Russia’s real and serious corruption in a way that could endanger America’s relationship with this important power is hard to justify.

Notwithstanding predictions of America’s decline, the United States is still the world’s greatest power and can remain so for quite some time. However, as other powers rise, and as America becomes increasingly preoccupied with its economic future, the margin for error is shrinking. The United States faces critical choices—and it needs leaders able to make them. 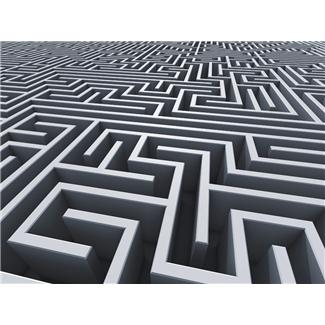 Pullquote: Obama is fundamentally a domestic leader with a European-style socialist agenda but little or no foreign-policy vision. This lack of an international agenda is why the president may be called a pragmatist, but not a realist.Essay Types: The Realist