Give Corruption a Chance CORRUPTION, MORE often than not, seems to resemble a plague. Afghanistan, where the CIA and British intelligence (in competition with the Iranians) have quite literally been handing over duffel bags stuffed full with taxpayer money to President Hamid Karzai and his associates, is perhaps the most prominent example of its invasiveness and hardiness. Nothing seems to be able to eradicate it. Immunization efforts fail. Mutations occur. The only course seems to be to attempt to adapt to it. For despite the efforts expended by several American presidents on behalf of Karzai’s administration, the United States has no surer way of ensuring influence and access to Karzai and his advisers than through direct cash payments into a slush fund designed to purchase the loyalty of important and powerful personages within the Afghan government. The bankruptcy of the Western strategy in Afghanistan could hardly be expressed in more vivid terms. Such failures in Afghanistan, not to mention Iraq, have occurred while the broader (and noncoercive) dimensions of “state building” or more generally “development” have also paid less-than-stellar returns. It is difficult to avoid the conclusion that the project of implanting “good” institutions in non-Western societies, whether through conquest (as in Iraq and Afghanistan) or through consensual, noncoercive means (as in Cambodia), has turned out to be a thankless task.

But is corruption really the source of the problem? Rather than viewing it as a pathology, as most Westerners seem to do, it is better to understand it as a type of currency used to establish and manage power relationships under certain systems of authority. As such, it is neither inherently unstable nor illegitimate. If the international community wants to eradicate corruption in the developing world, it is imperative to understand what it is, how it works, and why it is a potentially stable and legitimate system. Doing this requires stepping back and viewing the evolution of political order through a different set of lenses than most people are accustomed to, but the potential payoff for doing so is a greater sensitivity to how foreign societies actually work—and a deeper understanding of why changing them is so very difficult.

FOR SEVERAL millennia now human societies have created political structures that can be termed “states.” What we call the “modern state,” however, is a historically unique phenomenon that emerged organically in Western Europe by the nineteenth century and has been characteristic of Western political organization ever since. This modern state is defined by several characteristics, each of which is necessary for an entity to be properly termed a state. These characteristics are a monopoly on legitimate violence over a defined territory and population over which no higher authority exists. Defined as such, it is clear that what is being described is a type of political authority and critically, not a type of administration. Having a monopoly on legitimate violence over a defined territory and population does in fact require organization and administration. It does not, however, require a particular type of “administration” (specifically, it does not require what Max Weber called a “rational-legal” bureaucracy). It is, as is well understood, entirely possible (and logically coherent) to have a modern state operate according to principles other than those that define modern Western societies (that is, an administration or bureaucracy that functions on the basis of meritocracy underpinned by specific liberal notions of fairness and ethical conduct). In other words, it is critical to bear in mind that the problem that the development community is seeking to confront is not primarily a problem of administration (although these too of course exist): it is, instead, primarily a problem of authority. Having a modern state (replete with modern administrative forms) does not imply anything about how power and authority actually function within it. The modern state does not create the emergence of modern legal-rational forms of authority, and so simply creating those administrative structures will not do anything to guarantee that they actually function internally in a salutary way.

The World Bank has pithily described the development project’s essence as how to turn the Congo into Denmark. The logical place to start answering this question is by examining how Denmark became “Denmark.” When these policy makers turn to the academic literature on Western political development, what they find is that it is principally a story of the emergence of modern forms of governance and above all those of the state. There is an implicit and explicit assumption in the European political-development literature that the emergence of the modern West is tied to the rise of administration. The wonders of modern Western civilization become the positive externalities of the emergence of the formal structures of the modern state. One important implication of this is that much of the academic literature on “state formation” actually focuses on the wrong end of the problem: it is focused on explaining how the administrative structures of European societies evolved and attained their “modern” forms when the real problem is not the existence of bureaucracy but rather its internal logic. And this internal logic is covered by the domain of the concept of political authority. Another way of putting this is that we need to distinguish between the sources of administration (the concern of the state-formation literature) and the sources of the actual behavior within them.

IT HAS been entirely normal in human history for one society to attempt to varying extents and with varying degrees of consequence to alter the institutions of another society. Such attempts can be and have been made across several dimensions of social organization, including religion, property and kinship, among others. The development project can be understood as being a part of a very long history of societies trying to change other ones to resemble themselves.

What the development community seeks to do is establish self-sustaining institutions that produce similar outcomes to those obtained in the West in societies that do not possess them. In its current garb, the development project seeks to remodel the social institutions of non-Western societies in order to change their human-welfare outcomes. The problem is that this, as is well understood by now, cannot simply be achieved by replicating administrative forms. The outcomes produced by Denmark are not merely the function of possessing good administrative institutions; rather, they are instead a consequence of the emergence of particular configurations of authority that are deeply rooted in the society. The “efficient” and “fair” functioning of Denmark’s administrative institutions is a consequence of the fact that these administrative organs are staffed by Danes who take for granted certain patterns of authority in general. Danes did not become prosperous because of the Danish state: they became prosperous because of the way in which they organized their lives in general. The Danish state is a reflection and a consequence of this deeper change in the way in which Danish social organization evolved. Simply taking Danish-style administrative organs and transplanting them to Afghanistan cannot work because the people who would actually staff them would be Afghans, and Afghan institutions are infused with a different category of authority. The problem is at the level of individual human behavior and its aggregate consequences—not the formal institutional settings in which they are displayed.

The problem that the development community faces is that in order for much of its agenda to work it would have to confront the deeper reality that good administrative outcomes (in a modern rational-legal sense) require a particular kind of society: the administrative efficiencies of the modern West are underpinned by a specific configuration of authority that flows from the society into the state. It is the normal expectation of certain behavioral patterns and the punishment of deviance that sustain authority structures in general and specifically in the modern West. Authority structures in all societies are deeply rooted and ingrained in the very fabric of the daily lives of human beings. They are by definition legitimate (usually by tradition or something attempting to masquerade as such) and therefore shape the reasonable expectations that individuals have with one another. In order for the development project to succeed, it needs to overcome both the sheer inert force of tradition as well as the resistance of societies in which authority structures depend on certain patterns of power relations. Persuading bureaucrats that the real pattern of authority that governs their lives—and which they may have varying degrees of stakes in—is illegitimate requires demonstrating to them that it is in their best interest to engage in new types of behavior underpinned by new patterns of legitimate authority. And such change in authority structures is never easy even when there is legitimate demand for different configurations.

In order for the development project to succeed beyond the actual alleviation of human suffering it will have to find ways in which to incentivize individuals—and especially elites (unless we propose to decapitate them, elites are crucial)—to adhere to different standards of public and private conduct. Otherwise, all that will happen is the creation of administrative structures that will be penetrated and permeated by the natural incentive structures organic to the existing society. The key point of the recent history of the development project has been the failure of liberal mechanisms to prompt other societies to alter their institutional profiles, irrespective of the extent to which they possess the formal administrative organs of the modern state. Even in those cases where tremendous force and violence have been used, as in Iraq and Afghanistan, this project has failed to change the nature of authority in the broader society: the identity of the winners and the losers changes constantly but the fundamental dynamics are the same. And so we are back to the problem of corruption and authority. 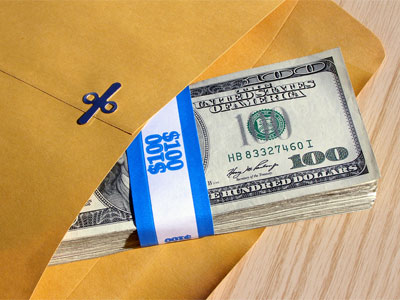 Pullquote: Rather than viewing corruption as a pathology, it is better to understand it as a type of currency used to establish and manage power relationships under certain systems of authority.Essay Types: Essay