THE UNITED States and the People’s Republic of China are locked in a quiet but increasingly intense struggle for power and influence, not only in Asia, but around the world. And in spite of what many earnest and well-intentioned commentators seem to believe, the nascent Sino-American rivalry is not merely the result of misperceptions or mistaken policies; it is driven instead by forces that are deeply rooted in the shifting structure of the international system and in the very different domestic political regimes of the two Pacific powers.

Throughout history, relations between dominant and rising states have been uneasy—and often violent. Established powers tend to regard themselves as the defenders of an international order that they helped to create and from which they continue to benefit; rising powers feel constrained, even cheated, by the status quo and struggle against it to take what they think is rightfully theirs. Indeed, this story line, with its Shakespearean overtones of youth and age, vigor and decline, is among the oldest in recorded history. As far back as the fifth century BC the great Greek historian Thucydides began his study of the Peloponnesian War with the deceptively simple observation that the war’s deepest, truest cause was “the growth of Athenian power and the fear which this caused in Sparta.”

The fact that the U.S.-China relationship is competitive, then, is simply no surprise. But these countries are not just any two great powers: Since the end of the Cold War the United States has been the richest and most powerful nation in the world; China is, by contrast, the state whose capabilities have been growing most rapidly. America is still “number one,” but China is fast gaining ground. The stakes are about as high as they can get, and the potential for conflict particularly fraught.

At least insofar as the dominant powers are concerned, rising states tend to be troublemakers. As a nation’s capabilities grow, its leaders generally define their interests more expansively and seek a greater degree of influence over what is going on around them. This means that those in ascendance typically attempt not only to secure their borders but also to reach out beyond them, taking steps to ensure access to markets, materials and transportation routes; to protect their citizens far from home; to defend their foreign friends and allies; to promulgate their religious or ideological beliefs; and, in general, to have what they consider to be their rightful say in the affairs of their region and of the wider world.

As they begin to assert themselves, ascendant states typically feel impelled to challenge territorial boundaries, international institutions and hierarchies of prestige that were put in place when they were still relatively weak. Like Japan in the late nineteenth century, or Germany at the turn of the twentieth, rising powers want their place in the sun. This, of course, is what brings them into conflict with the established great powers—the so-called status quo states—who are the architects, principal beneficiaries and main defenders of any existing international system.

The resulting clash of interests between the two sides has seldom been resolved peacefully. Recognizing the growing threat to their position, dominant powers (or a coalition of status quo states) have occasionally tried to attack and destroy a competitor before it can grow strong enough to become a threat. Others—hoping to avoid war—have taken the opposite approach: attempting to appease potential challengers, they look for ways to satisfy their demands and ambitions and seek to incorporate them peacefully into the existing international order.

But however sincere, these efforts have almost always ended in failure. Sometimes the reason clearly lies in the demands of the rising state. As was true of Adolf Hitler’s Germany, an aggressor may have ambitions that are so extensive as to be impossible for the status quo powers to satisfy without effectively consigning themselves to servitude or committing national suicide. Even when the demands being made of them are less onerous, the dominant states are often either reluctant to make concessions, thereby fueling the frustrations and resentments of the rising power, or too eager to do so, feeding its ambitions and triggering a spiral of escalating demands. Successful policies of appeasement are conceivable in theory but in practice have proven devilishly difficult to implement. This is why periods of transition, when a new, ascending power begins to overtake the previously dominant state, have so often been marked by war.

WHILE THEY are careful not to say so directly, China’s current rulers seem intent on establishing their country as the preponderant power in East Asia, and perhaps in Asia writ large. The goal is to make China the strongest and most influential nation in its neighborhood: a country capable of deterring attacks and threats; resolving disputes over territory and resources according to its preferences; coercing or persuading others to accede to its wishes on issues ranging from trade and investment to alliance and third-party basing arrangements to the treatment of ethnic Chinese populations; and, at least in some cases, affecting the character and composition of their governments. Beijing may not seek conquest or direct physical control over its surroundings, but, despite repeated claims to the contrary, it does seek a form of regional hegemony.

Such ambitions hardly make China unique. Throughout history, there has been a strong correlation between the rapid growth of a state’s wealth and potential power, the geographic scope of its interests, the intensity and variety of the perceived threats to those interests, and the desire to expand military capabilities and exert greater influence in order to defend them. Growth tends to encourage expansion, which leads to insecurity, which feeds the desire for more power. This pattern is well established in the modern age. Looking back over the nineteenth and twentieth centuries, Samuel Huntington finds that

every other major power, Britain and France, Germany and Japan, the United States and the Soviet Union, has engaged in outward expansion, assertion, and imperialism coincidental with or immediately following the years in which it went through rapid industrialization and economic growth.

As for China, Huntington concludes, “no reason exists to think that the acquisition of economic and military power will not have comparable effects” on its policies.

Of course the past behavior of other states is suggestive, but it is hardly a definitive guide to the future. Just because other powers have acted in certain ways does not necessarily mean that China will do the same. Perhaps, in a world of global markets and nuclear weapons, the fears and ambitions that motivated previous rising powers are no longer as potent. Perhaps China’s leaders have learned from history that overly assertive rising powers typically stir resentment and opposition.

But China is not just any rising power, and its history provides an additional reason for believing that it will seek some form of regional preponderance. It is a nation with a long and proud past as the leading center of East Asian civilization and a more recent and less glorious experience of domination and humiliation at the hands of foreign invaders. As a number of historians have recently pointed out, China is not so much “rising” as it is returning to the position of regional preeminence that it once held and which its leaders and many of its people still regard as natural and appropriate. The desire to reestablish a Sino-centric system would be consistent with what journalist Martin Jacques describes as

an overwhelming assumption on the part of the Chinese that their natural position lies at the epicentre of East Asia, that their civilization has no equals in the region, and that their rightful position, as bestowed by history, will at some point be restored in the future.

Conservative scholar Yan Xuetong puts the matter succinctly: the Chinese people are proud of their country’s glorious past and believe its fall from preeminence to be “a historical mistake which they should correct.” If anything, the “century of humiliation” during which China was weak and vulnerable adds urgency to its pursuit of power. For a nation with China’s history, regaining a position of unchallengeable strength is not seen as simply a matter of pride but rather as an essential precondition for continued growth, security and, quite possibly, survival.

DEEP-SEATED patterns of power politics are thus driving the United States and China toward mistrust and competition, if not necessarily toward open conflict. But this is not all there is to the story. In contrast to what some realists claim, ideology matters at least as much as power in determining the course of relations among nations. The fact that America is a liberal democracy while China remains under authoritarian rule is a significant additional impetus for rivalry, an obstacle to stable, cooperative relations, and a source of mutual hostility and mistrust in its own right.

Relations between democracies and nondemocracies are always conducted in what political theorist Michael Doyle describes as an “atmosphere of suspicion,” in part because of “the perception by liberal states that nonliberal states are in a permanent state of aggression against their own people.” Democracies, in short, regard nondemocracies as less than legitimate because they do not enjoy the freely given consent of their own people. In their heart of hearts, most self-governing citizens simply do not believe that all states are created equal or that they are entitled to the same degree of respect regardless of how they are ruled. 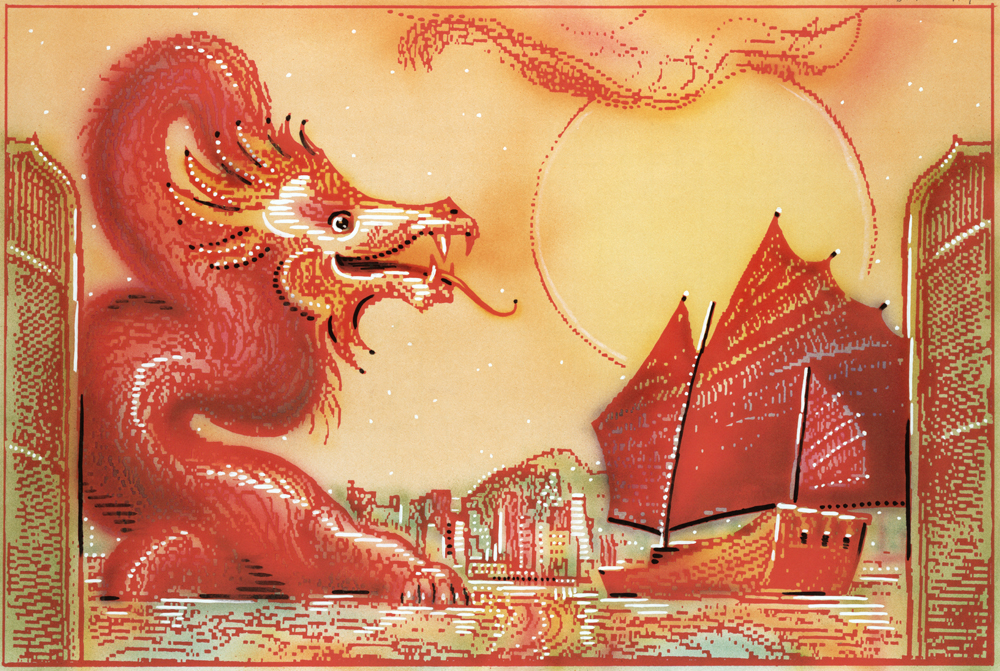 Pullquote: Seen from Beijing, Washington is a dangerous, crusading, liberal, quasi-imperialist power that will not rest until it imposes its views on the entire planet.Essay Types: Essay