What really makes me worried is that our public doesn’t understand the world. It’s not even informed about the world. Your magazine is important. But look at its circulation.

Yeah. And most people don’t read anything about the world because the newspapers don’t give it to them, except three or four major newspapers. We have a public that’s ignorant and susceptible to demagogy. And that handicaps leadership, even if it is intelligent. Of course, it becomes worse if the leadership is not very intelligent and itself operates with simplistic slogans.

Dr. Brzezinski, do you think that this problem has increased in recent years? Were we, as a nation, more aware of the world in a previous era?

I’ll tell you why I think the answer is yes. We are less aware for a very simple reason: because the world is much more complex. Americans weren’t better informed about global history before, and they are still abysmally informed about global history. Americans weren’t very informed about global geography. They’re still basically ignorant, even though that is scandalous. But they knew that Hitler was a global danger. They knew that communism was a menace. They knew that the Soviet Union was threatening us physically—talking about burying us and having nuclear weapons with which to do it. In that sense, the sentiments of the public captured some of the basic essence of reality. Today, that reality is much more complex, much more difficult to understand. President Obama started well, in my judgment, in conveying those themes to the public. Then he didn’t act on it systematically.

I think today we have a real problem, one, of public education, and two, a real problem in that we need sustained presidential dialogue with the country about world affairs, explaining some of the points that I’m making. I think Obama started really great. I had conversations with him and so forth. I was really impressed by the fact that he senses this new reality. And he gave a number of really good speeches—Cairo, Istanbul, Brandenburg. But then he stopped. Of course he had domestic problems, a financial crisis. He has many reasons for exoneration, so to speak. But the fact is there’s a real problem. If you look at the public discourse about world affairs today and you compare it to what you publish in The National Interest or other magazines like yours, the gap is phenomenal.

I want to talk a little bit about the threat of the debt overhang. You identified that as one of the top threatening liabilities, as you say. Aren’t these problems becoming insoluble now? And what would it take for the country to get control over our debt problem, which is hanging over us like a huge sword of Damocles?

Well, first of all, I’m not a trained economist, and I don’t pretend to be one. But I think what it would take is some shared national consensus about how we define a decent and responsible life in the modern complex world. I don’t think we have that. We have slogans about being successful. We have slogans about “job creators.” We have slogans about everybody having the right to reach the sky in the quest for material self‑satisfaction. We have a definition of the good life, which involves the accumulation of material goods plus entertainment.

These are clusters of issues that are interrelated, and it will require a real jolt for us to start thinking seriously about how we can re-create a healthy society here that is still the compelling image for the world that it once was. Then, the American dream was widely shared. Today, it isn’t.

Do you think it’s going to take an even greater crisis to create the consensus that could fuel a president’s ability to cut through these problems?

I fear that you’re putting it just right. I hope it’s wrong, but I share the concern.

You repeatedly emphasize, in your new book and elsewhere, the importance of a solution to the Israeli‑Palestinian deadlock as a prerequisite to much of what needs to be accomplished in America’s diplomacy in that region. To what extent do you see the two-state solution as being perhaps moribund, and isn’t Israel’s aggressive settlement development eliminating the land needed for a contiguous Palestinian state?

I think that is certainly a problem; it is an impediment to the two-state solution. But I think a two-state solution is more likely to be an enduring solution to the difficulty both sides have faced over the last decades than the eventual alternative, which is a one-state approach, in which there are still such differences, such conflicting narratives, such bitter memories, that it’s hard to imagine how it could work as a democratic state. It would be one state in which somebody would be on top of the other, and whoever’s on the bottom would try to gain the top in order to repress those who are on the top. So I don’t think that’s a viable solution.

What I fear is, however, that it may be becoming too late for the two-state solution because, in order for the two-state solution to be enduring, it has to be a genuine compromise between the two. That’s extremely difficult to achieve in circumstances in which one party is much stronger than the other and therefore has no particular incentive to be making concessions. Meanwhile, the other party is so much weaker that it is afraid to make concessions. Simultaneously, there’s no one on the outside that is seriously committed to pushing the peace process forward for this or that reason, mostly because of the domestic difficulties that it entails for the American president. Yet we are the only party that could move the peace process forward.

I think we’re stuck, and I feel sorry for the people involved. I feel sorry for Israel. I’m a child of World War II, and I know what the Jewish people went through. I feel sorry for the Palestinians. It’s a bad situation, and I think the growing turmoil in the Middle East is increasingly making it more and more difficult to get a compromise adopted because one or the other side either feels aggrieved or outraged or endangered.

In the cover story of our previous issue, prominent Israeli journalist Akiva Eldar talks about the demographic changes in Israel that are making it increasingly difficult to go for a two-state solution or a liberal sensibility. To what extent do you think that’s closing off prospects for peace?

That may be, but I’m not really an expert on the social dynamics of either group. I tend to look at it more as an international problem with consequences for the United States, first of all, but, secondly in the longer run, with dire consequences for Israel as well. When I was commissioned by the president—whom I was serving in the seventies at the time of the Camp David accords—to go and try to convince the royalty in Saudi Arabia and Jordan to embrace a compromise, I was struck that some of them casually referred to the fact that the crusaders were in Jerusalem for ninety years, and now there’s absolutely nothing left of that. So their sense of time may be different. If we’re driven out of the Middle East, which I think is beginning to look increasingly possible, what is the future of Israel?

I acknowledge that this is a question that might be asked on a cable channel, but how do you assess the percentage chance that the United States will attack Iran to delay or stop its nuclear-weapons program, and what about the chance that Israel would do so?

I think the chance that Israel will do it is greater. I doubt that we would do it just like that, because I think no matter how deep our concerns over that issue are, the fact is it’s easy to start a war, and we know that it’s very hard to end it. Suppose we do get into a war with Iran. How do we end it? How long will it last? Who else is going to be in it with us to help us? How will it play domestically over the longer haul? But the Israelis may be guided by different logic, and certainly [Israeli prime minister Benjamin] Netanyahu and [Defense Minister Ehud] Barak do convey the impression, if not of eagerness, then at least of impatient determination to strike.

If there were to be such an attack, spin out what you think would happen in terms of stability of the region and the world at large.

Well, I have said this publicly. I think, first of all, the Iranians will not really retaliate very effectively against Israel. They’ll try, but it’s going to be fragmentary, marginally painful but not decisive. The Iranians will be absolutely convinced that this was done in connivance with us. They’ll retaliate against us, and what are their options? They may not be able to close the Strait of Hormuz, but they’ll certainly try. We’ll keep it open, but the cost of energy will skyrocket anyway, inevitably. For one thing, insurance rates will go up, and there may be some other damages. That will be bad for the global economy. 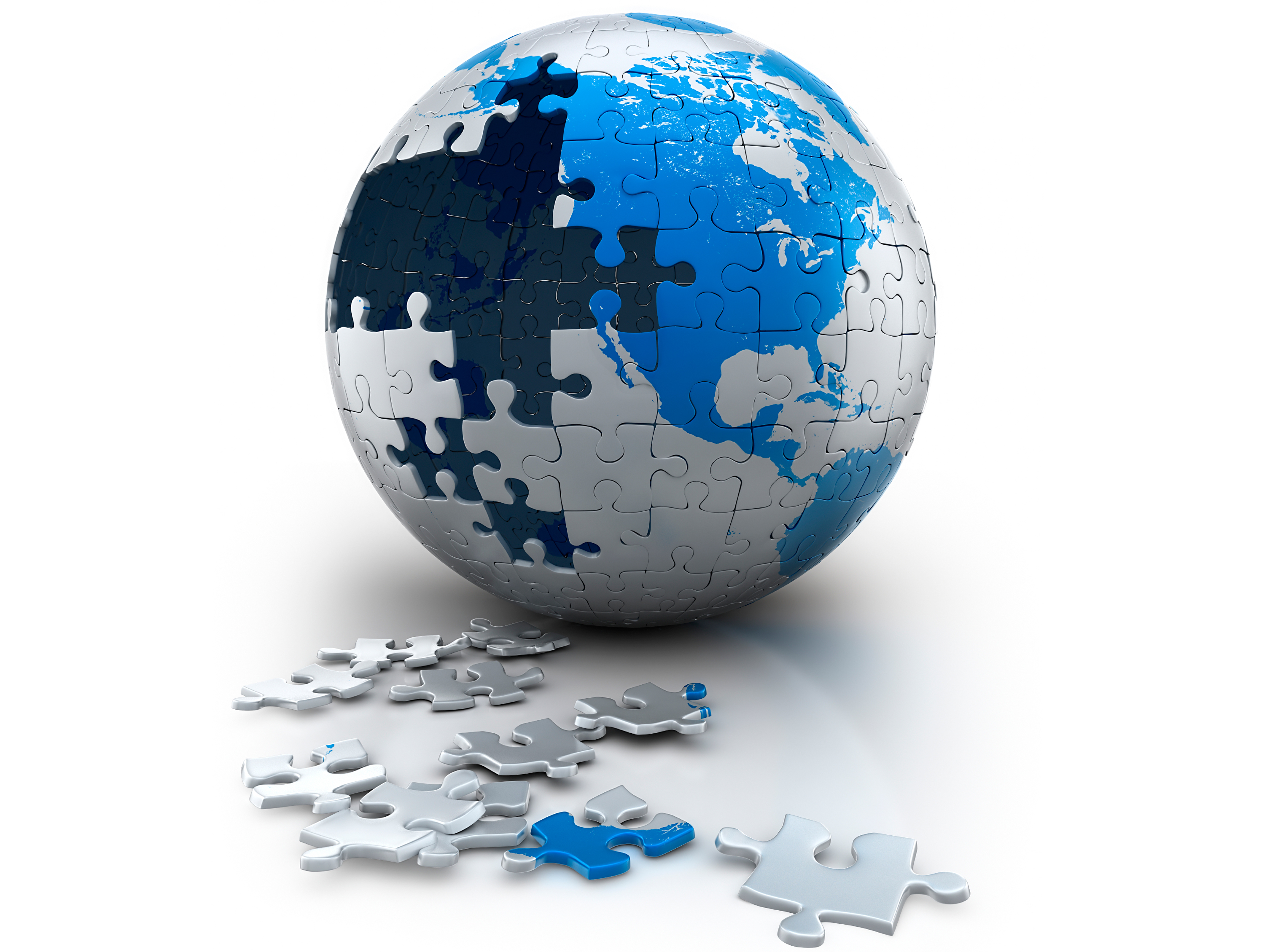