Second, the present nationwide revenue-sharing scheme is a source of leverage for Baghdad. The next decade’s projected oil exports from central and southern Iraq will dwarf the best-case scenario for Kurdish production. In draft legislation, the KRG has sought to protect its share of this growing national revenue and control over how to spend it. But it has irritated Baghdad by insisting that spending authority be symmetrically decentralized across the rest of Iraq, which would leave the federal government close to penniless and hence powerless. Baghdad should offer a clear choice: Kurdistan can receive a guaranteed automatic share of national oil revenue, but only if it accepts legal arrangements that protect the central government’s fiscal power outside of Kurdistan. Alternatively, the Kurdistan region could become financially self-reliant, controlling all revenue and taxes collected within its boundaries, including from oil and gas—but give up any grants from the federal budget.

Finally, on the issue of oil-contracting authority, the KRG and the federal government should consider a compromise where Erbil gradually standardizes its oil-contract terms with Baghdad’s. In return, Baghdad would need to acknowledge the KRG’s autonomous licensing authority and stop blocking international investment in Kurdistan’s oil fields. Erbil would also recognize Baghdad’s right to oversee oil contracting outside the Kurdistan region, allowing Arab Iraqis to determine amongst themselves the federal government’s role in supervising southern oil and gas contracts.

BOTH KURDS and Shia Islamists intended for the new constitution to promote decentralization. Indeed, given the starting point, a highly centralized Saddam-era state, the KRG achieved remarkable success in introducing a federal structure that contains the basic features of a coming-together model: highly decentralized with existing and future federal regions granted the same powers. A chain reaction toward this outcome might even be initiated were a single additional province—perhaps oil-rich Basra—to successfully grasp the chalice of regional status.

Yet Iraq is not a set of former colonies or emirates coming together to form a new country. It is a ninety-year-old, historically centralized state that has grappled for decades with the latent Kurdish desire for independence. Moreover, Iraq’s oil and gas is geographically distributed in a way that highlights the country’s ethnic and sectarian fault lines. In this context, full local control of oil resources—a feature of symmetrical, coming-together federations such as the United States, Canada and the UAE—could be dangerously destabilizing in Iraq, leading to large regional wealth disparities. And radical decentralization is not popular among Iraq’s Arab majority—even as Sunni areas chafe under the perceived excesses of the new order.

The incentives generated by the 2005 constitution force Baghdad and Erbil to make a strategic choice. Under the charter’s most radical option, Kurdistan would establish some form of self-sufficient autarky. This would be a poor outcome for all involved. The KRG would need to raise capital for export pipelines, persuade hostile neighbors to accept Kurdish hydrocarbon exports and rely on its own comparatively meager revenues to fund its regional administration. In Baghdad, preoccupation with Arab-Kurdish tensions would stunt development of the state. In addition, with Erbil continuing to block constitutional changes, Baghdad could one day be gutted by new autonomy movements in oil-rich Basra or gas-rich Anbar. In contrast, by isolating and containing the dispute between Baghdad and Erbil, an asymmetrical model would reinforce Iraqi unity and free the rest of the country to choose alternative governance arrangements on their own merits. This could at least provide a framework to consider the grievances of provincial leaders and perhaps defuse the potentially grave crisis sparked by angered Sunnis’ symbolic declarations of autonomy.

In short, Iraq is a textbook candidate for a holding-together, asymmetrical model of federalism. Merely elucidating the concept will not lead to its implementation. But doing so may be a basis for reframing the debate to facilitate a workable and lasting solution to Iraq’s foundational issues.

Sean Kane is a Truman Security Fellow and a former United Nations official in Iraq. Joost R. Hiltermann is deputy program director for the Middle East and North Africa at the International Crisis Group. Raad Alkadiri is partner and head of markets and country strategies at PFC Energy in Washington, DC. 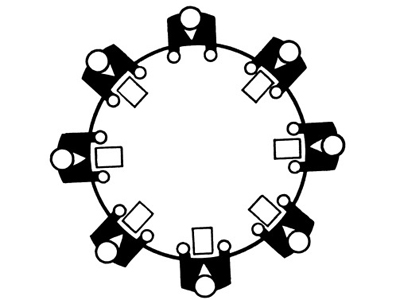