IN A secret special national intelligence estimate (SNIE) in 1960, the American intelligence community concluded that “possession of a nuclear weapon capability . . . would clearly give Israel a greater sense of security, self-confidence, and assertiveness.” For almost half a century since, Israel has possessed a nuclear-weapons monopoly in the Middle East, a monopoly it has fought hard to preserve.

Israel has never acknowledged publicly that it is a nuclear-weapons state, but it has also never signed the Nuclear Non-Proliferation Treaty (NPT). Now the Arabs, led by Egypt, are demanding that Israel do so or they will sabotage the future of the NPT regime. They rightly argue that Washington has a double standard when it comes to Israel’s bomb: the NPT applies to all but Israel. Indeed, every Israeli prime minister since David Ben-Gurion has deliberately taken an evasive posture on the issue because they do not want to admit what everyone knows. Now that era may be coming to an end, raising fundamental questions about Israel’s strategic situation in the region.

Perhaps never before has the government in Jerusalem felt under greater threat than with the Iranian atomic program. The temptation is to attack. It is an exercise in futility with likely disastrous results. The United States should take steps to assure Israel’s deterrence remains strong, as this is the only way to both prevent an Israeli assault on Iran in the short term and to contain Tehran in the future.

FOR ANYONE in doubt of Israel’s nuclear capabilities, first a few facts. Israel’s longtime pursuit of the bomb is fairly well known; recent scholarship in Israel has clarified the details further still.

In 1952, Ben-Gurion set up the Israel Atomic Energy Commission—just four years after independence—and concluded a deal with France a few years later to secretly build the Dimona nuclear reactor. Shimon Peres, today Israel’s president, was the key negotiator and architect of the deal. By 1960, as the declassified SNIE shows, the CIA had uncovered the project and was convinced that “plutonium production for weapons is at least one major purpose of this effort.” President John F. Kennedy tried to persuade Israel to forego the bomb without success.

The program moved quickly, and as of 1974 the U.S. intelligence community believed “that Israel already has produced and stockpiled a small number of fission weapons.”1 Press reporting about the Israeli program became common in the 1970s.

An Israeli employee at Dimona, Mordechai Vanunu, told the London Sunday Times in 1986 that it was a bomb factory. He was then kidnapped by the Mossad and imprisoned in Israel. Vanunu revealed that the Dimona plant had produced enough plutonium to construct between one hundred and two hundred nuclear weapons. Some who interviewed him even suggest that Israel may have found his revelations a useful but deniable way to confirm the existence of its nuclear arsenal.2

The size of Israel’s stockpile today (agreed upon by most think tanks around the world) is estimated at around eighty to one hundred nuclear weapons by the Bulletin of Atomic Scientists’ annual survey of global nuclear arsenals. They can be delivered by aircraft or by multistage Jericho ballistic missiles. We are talking about a well-armed atomic state.

ISRAEL’S POSSESSION of the bomb has given it the self-confidence and assertiveness that the U.S. intelligence community expected it would in 1960. Prime minister after prime minister has been willing to take risks knowing Israel has the ultimate deterrent.

Research in Israel suggests Egypt’s concern about the Dimona bomb was an important factor in Cairo forcing a crisis with Israel in May 1967. Publicly alarmed by the Dimona project, Egypt’s reconnaissance flights over the nuclear site helped set the stage for the Six-Day War. And though it is very difficult to document just how much the bomb factored in decisions such as the Israeli preemptive strike on Egypt that June which won the war less than an hour after its start, or the decision in October 1973 not to preempt the Egyptian and Syrian attack on Yom Kippur, since Israeli leaders carefully avoid any discussion of their nuclear arsenal or its role in their strategy, it is obvious that possession of a nuclear capability must be a factor in the thinking of any state’s leaders in developing their strategy and plans.

It is also abundantly clear that Israel’s nuclear capability has not kept its enemies from attacking. Iranian-backed terrorist groups Hezbollah in Lebanon and Hamas in Gaza and the West Bank have both fired rockets into Israel in two recent wars despite the country’s possession of nuclear weapons that could obliterate them all. This too is no surprise. Other atomic-weapons states, including America, have found that their nuclear deterrents do not prevent conventional war or terrorism. But they can prevent massive retaliation.

The Israelis have threatened to use their capability at least once. In 1991, on the eve of the first Gulf War, then–Israeli Deputy Chief of Staff Ehud Barak told King Hussein of Jordan to pass the following message to Saddam Hussein at a secret meeting in England: “If one single chemical warhead falls on Israel, we’ll hit Iraq with everything we have got. . . . look at your watch and forty minutes later an Iraqi city will be reduced to ashes.”3 It worked. Saddam fired conventionally armed warheads at Tel Aviv, Haifa and Dimona, but no chemicals.

ISRAEL SEES its nuclear monopoly as a key factor in its security. Successive Israeli governments have thus ensured that no other state in the Middle East becomes nuclear armed. Time and again, the challenge arises; time and again, the Israelis thwart the attempt. Egypt certainly tried to develop a bomb, but a combination of technical constraints, Israeli sabotage operations and the Soviets’ unwillingness to share technology prevented the Egyptian program from advancing. President Anwar el-Sadat largely abandoned the effort once he made the decision to seek peace with Israel. Iraq was next.

On June 7, 1981, the Israeli air force attacked and destroyed Saddam’s nuclear reactor at Tuwaitha in Operation Babylon, setting back its nuclear-weapons program several years. Ironically, Tuwaitha was also French supplied, and King Hussein saw the Israeli aircraft overfly his yacht on their way to and from the site. Two days later, Prime Minister Menachem Begin said publicly that “we shall not allow any enemy to develop weapons of mass destruction.” The Begin doctrine would be accepted by his successors.

Though the Iraqi nuclear program was delayed, it was not eliminated, and so the Israelis helped to hamper it once again. After the liberation of Kuwait, the United Nations Special Commission (UNSCOM) and the International Atomic Energy Agency (IAEA) discovered that Iraq had recovered from the Israeli attack and had developed a highly advanced, secret centrifuge-enrichment project. Over the next several years Israel provided considerable intelligence assistance to UNSCOM and the IAEA as these agencies systematically destroyed the Iraqi program. By 1995, Israel was the most important single contributor among the dozens of UN member states that supplied information to UNSCOM according to those (myself included) who were involved in supporting the UN effort.4 Such assistance was entirely appropriate and consistent with Israel’s responsibilities as a UN member state, but it also helped ensure Israel kept its monopoly on the bomb.

On September 6, 2007, the Israeli air force struck once more and destroyed a nuclear facility in Al Kibar, Syria. The Israeli government said almost nothing about the attack at the time and very little since. Unlike Begin, Prime Minister Ehud Olmert did not make it a public issue, and for their own reasons neither did the Syrians.

The CIA released a remarkable video about the facility in April 2008. According to the video, Al Kibar was a North Korean–built, gas-worked, graphite-moderated nuclear reactor intended to produce plutonium for nuclear weapons. It was a clone of North Korea’s Yongbyon nuclear reactor; only North Korea has built such a facility. Al Kibar was the product of a decade-old Syrian-Korean nuclear partnership, meaning it began under former-President Hafez al-Assad and continued under his son Bashar, the CIA reported. The video made use of both satellite and ground photography as well as other unspecified sources of information. The reactor was externally complete by August 2007. The video reported that since September 2006, Syria had taken great steps to conceal and cover up what was eventually destroyed by the Israelis.

The only exception to the rule is Pakistan—the one Muslim state which has developed a nuclear arsenal. But in this case we are talking about a geographically distant country, and one that has never participated in military operations against Israel. Islamabad developed its bomb primarily during the era of Mohammad Zia ul-Haq’s dictatorship in the 1980s, when it was closely allied with the United States and fighting the Soviets in Afghanistan. A. Q. Khan, the father of the Pakistani bomb, has claimed that Zia warned Israel that if it tried to interfere with Pakistan’s program he would destroy Tel Aviv. When Islamabad did test its bombs in 1998, it tried to argue that Israel was on the verge of attacking its nuclear facilities and the tests were in self-defense. The charade of blaming Israel fooled no one. 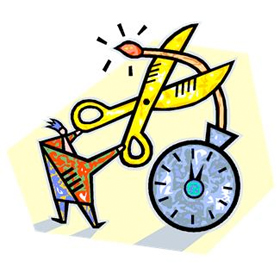 Pullquote: To avoid the potential for all-out war not only between Israel and Iran but also between the United States and the Islamic Republic, Washington needs to act now.Essay Types: Essay