WHEN THE American Israel Public Affairs Committee (AIPAC) holds its annual spring meeting in Washington, DC, the organization takes elaborate measures to present a portrait of overwhelming political clout. Huge video screens featuring footage on Israel’s geopolitical perils, thousands of attendees, rousing speeches, a steady stream of Democratic and Republican politicians proclaiming their undying fealty to Israel—all are meant to suggest an irrepressible organization on a roll. This year, as in previous ones, Iran was the dominant topic. “Words alone will not stop Iran,” Israeli prime minister Benjamin Netanyahu told the conference by satellite. “Sanctions alone will not stop Iran.” He then admonished his American audience: “Sanctions must be coupled with a clear and credible military threat if diplomacy and sanctions fail.” At the same time, Senator John McCain excoriated the Obama administration for not being sufficiently friendly toward the Jewish state, while Vice President Joe Biden sought to assuage lingering unease about the administration’s stance by declaring that Obama is “not bluffing” when he threatens Iran with military action to forestall its nuclear-weapons development.

But, as AIPAC once again tried ostentatiously to display its influence, distant drumbeats raised new questions about America’s relationship with the Jewish state—and whether AIPAC’s influence is perhaps not always exercised strictly in Israel’s or America’s interest. Washington’s local metro system displayed ads, sponsored by Jewish Voice for Peace and the Avaaz advocacy group, that featured various ordinary American Jews denouncing AIPAC as antithetical to peace and not speaking for them. Although such protests by left-wing Jewish organizations may have only slight influence, they reflect a broader reality: Israel’s image seems to be under challenge as never before, in Europe as well as in America.

A number of incidents suggest a cultural shift is emerging that could presage a reexamination of the nature of America’s political ties to Israel. This shift is rooted in a mounting perception that Israel cannot be exempted from culpability for its current predicament; that it is isolating itself from its neighbors in ways that are problematic for itself and for its one staunch ally, America; that its robust and illegal expansion of settlements—including in East Jerusalem, where more than five hundred thousand Israelis live—is inimical to any chance of peace; that its recent initiative to segregate Israelis and Palestinians on separate buses represents just another step toward colonization; and that it must strike out on a new course or risk becoming an international pariah. President Obama did not really deviate from this position during his recent visit to Israel in March. Obama made it clear that America supports Israel, and he brokered renewed diplomatic ties between Israel and Turkey. But he also emphasized that it is up to Israelis themselves to take back their country from the retrograde forces that are driving it into the abyss. Obama even went on to take a swipe at Netanyahu and his coterie: “Political leaders will not take risks if the people do not demand that they do. You must want to create the change that you want to see. Ordinary people can accomplish extraordinary things.” Essentially, Obama was telling Israelis to perform an end run around their own government—to view the conflict not just from their own perspective but also that of the Palestinians.

Obama’s remarks were impassioned, friendly and moving. Their import could not be clearer. He offered both promise and admonition. And in uttering obvious truths, Obama exemplified a broader phenomenon—namely, the crumbling of a longtime taboo in America on criticizing Israel. Glenn Greenwald, writing as a Salon columnist a few years ago, put it starkly when he referred to the “mainstreaming” of John Mearsheimer and Stephen Walt’s depiction of a powerful Israel lobby that is undermining American foreign policy. The University of Chicago’s Mearsheimer and Harvard’s Walt—both “considered A-list scholars,” according to NPR—were excoriated in the media in 2006 when they published in the London Review of Books (after the Atlantic, which initially commissioned the piece, declined to publish it) their now-famous article suggesting that the United States frequently subordinates its own interests to the wishes of Israel, in part because of “the unmatched power of the Israel Lobby.” The duo expanded their argument into a book, The Israel Lobby and U.S. Foreign Policy, the following year.

Their scholarship unleashed a concerted effort on the part of many academics and journalists to portray the two professors as lurking outside the confines of respectable thought. Johns Hopkins University professor Eliot Cohen flatly labeled the article “anti-Semitic” and a reflection of “bigotry,” while Harvard’s Alan Dershowitz declared Walt and Mearsheimer to be conspiracy theorists as well as anti-Semites. Words such as “smelly,” “nutty” and “oddly amateurish” were bandied about. The aim was to marginalize the authors. The truth is that Walt and Mearsheimer’s book, as a 2007 National Interest symposium noted, did suffer from some serious flaws, including a failure to appreciate that it is possible to side with Israel without being pressured by an Israel lobby. Further, the authors elide any Palestinian responsibility for the failure of the peace process.

But Walt and Mearsheimer’s blunt account did have one big virtue, which was to shatter the carapace of unanimity around the question of examining Israel’s conduct. As Greenwald observed, the Mearsheimer/Walt thesis has moved from the margins of respectability to become a matter of acceptable contention within the country’s intellectual mainstream. The Atlantic, for example, ran a laudatory profile of Mearsheimer and his realist philosophy by the prolific author Robert D. Kaplan early in 2012. Around the same time came Peter Beinart’s The Crisis of Zionism, an anguished meditation on the state of Israel by a self-described Zionist and former editor of the New Republic, until lately a bulwark of reflexive defenses of Israel. Beinart decried leading American Jewish organizations and their elderly funders for propagating a willful blindness to the country’s palpable shortcomings, which, in turn, was prompting younger and more liberal Jews to become disaffected or indifferent to its fate. The book had a potent influence on the mounting debate.

NOW WE are seeing another phenomenon that reflects the ongoing erosion in Israel’s standing in the American cultural consciousness. Gal Beckerman notes in the Forward that the mainstreaming of Mearsheimer and Walt “has continued apace and now, I’m afraid, we are seeing the pop-culturizing” of the professors’ viewpoint. Beckerman points to this year’s Oscars ceremony, where an animated teddy bear named Ted explained to actor Mark Wahlberg that Jews were all-powerful in Hollywood and that the way to move up was to announce: “I was born Theodore Shapiro and I would like to donate money to Israel and continue to work in Hollywood forever. Thank you. I am Jewish.”

A cruder dig emerged after the confirmation hearing of Chuck Hagel before the Senate Armed Services Committee for secretary of defense. The harsh treatment meted out to the former senator, much of it concentrated on his alleged lack of sufficient support for Israel, prompted Saturday Night Live to create a skit that ended up on YouTube(after the network show aired without it). It has McCain asking Hagel, “You get an urgent call from the prime minister, Benjamin Netanyahu, who truly is one of the greatest men of this or any age. And he says to you, ‘It is vital to Israel’s security that you go on national television that night and perform oral sex on a donkey.’ Would you do that for Israel?”

This clip struck some as disturbing, even disgusting. But it was remarkable that a mainstream television program of parody humor would produce a clip so dismissive of the sensibilities of Israel’s American supporters. Still, it captured an element of the mounting absurdity of the debate over America’s—and, by extension, the Obama administration’s—ties to Israel. Nothing did more to illustrate the peculiar nature of that debate than the Hagel hearing. It demonstrated that an element of hysteria increasingly is attaching itself to the self-appointed defenders of Israel and that their fervent attempts to paint any mild dissent from prevailing orthodoxy as heresy reflects weakness more than strength.

At first it didn’t look that way. When Hagel arrived on Capitol Hill for his confirmation hearing, he could have been forgiven for thinking that his ordeal bore some resemblance to the infamous “Cadaver Synod” that took place in medieval Rome in 897. There the corpse of Pope Formosus, who had died a few months earlier, was placed in a chair and posthumously accused by a screaming Pope Stephen VI—intent on shoring up his own claims to power—of having committed perjury, while a trembling deacon tried to defend the dead pope’s reputation. The verdict was a foregone conclusion: Formosus was posthumously declared guilty and his papacy null and void. The decaying corpse was flung into the Tiber.

Of course, Hagel was alive and breathing during his hearing. But he barely won confirmation, and his experience before his former Senate colleagues seemed more like an inquisition about alleged past errors of judgment than a judicious inquiry into America’s foreign-policy choices. There was little discussion of how Hagel might guide the Pentagon as America withdraws from Afghanistan and faces terrorist threats and a rising China. 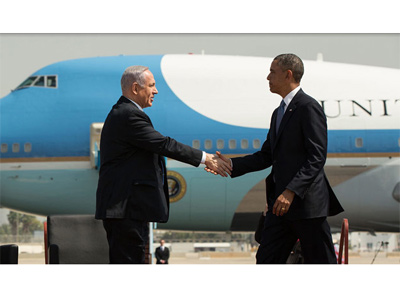 Pullquote: Does Israel really want to rely only on the United States, bereft of all other allies, for its security at a moment when Washington’s attentiveness to foreign affairs appears to be waning?Essay Types: Essay