IF FRANCE were to build on such reform efforts, it could in time reestablish its own economic viability and competitive prowess and, consequently, reestablish something like the original Franco-German political-economic balance within the EU. This, obviously, is the more comfortable option for France, but also more generally. It would return the European scene to something familiar. If, however, France fails and its economy continues its relative slide—and especially if at the same time Italy, Spain and other nations in Europe’s beleaguered periphery make effective economic reforms—then the power balance will shift and the EU could change into something very different, something much more Germanic. It is too early in the game to handicap with any assurance, but probabilities at this initial stage would seem to favor the latter likelihood: less than sufficient reform in France and the more transformative future for Europe.

Certainly France cannot count on the reforms recently put in place. They are inadequate and leave many questions about Paris’s direction. Positive as they may appear, they have arrived amid much contrary maneuvering. Paris, having relieved one tax burden, has at the same time raised others. The 75 percent maximum rate failed, of course, but it has nonetheless sent a mixed message about government emphasis. Paris, by financing some corporate tax relief with a VAT hike, only burdens the economy and the companies that operate in it in a different way. Even small points muddle the message. Former French president Nicolas Sarkozy had cut the restaurant tax from 18 percent to 5.5 percent. But Hollande raised it again to 7 percent last year and has scheduled an increase to 10 percent next year. Hollande’s commitments to labor-market reform and revitalization also sound hollow given that he eagerly reversed his predecessor’s small increase in the nation’s retirement age, bringing it back from sixty-two years, still lower than the average of developed nations, to sixty years.

The reforms themselves carry a confused message. Their complexity and heavy conditions retain the heavy, top-down control of the old regulations. All the new financing vehicles set to modernize French businesses and pick “sectors of the future” are entirely controlled by the same Paris bureaucracy that created the moribund structure now in such need of reform. Even as all these new financing vehicles aim at higher technology and greater value added, the CICE gives companies tax relief only on lower-paid employees, implicitly encouraging firms to choose practices and products that favor less skilled people, and so necessarily continue the disappointing trend toward less sophisticated products and processes. In the ANI, firms get tax relief but only for some employees designated by the state in some circumstances. In order to manage their production, and so by necessity set hours and salaries, firms must commit to government-mandated employment objectives. The new rules only take from workers their old ability to question their wages because those wages are now set by a state-devised formula. Throughout, there seems to be no recognition that only a company’s managers can make it efficient and competitive.

If the French, even with their reforms, cannot rid themselves of the compulsion for state control and the root, it seems, of their economic shortcomings, then the EU’s future will have to accommodate the decline of French influence. Some associate a shrinking France with doom for the EU. Such sentiments are understandable. France, after all, was a founding member of the whole project of European unity and has been a leading light of the effort since.

But the union already has begun adjusting to a diminished French presence. Between the disproportionate returns France gets on the CAP and that accrue to it from the aid given to Europe’s periphery, it is not apparent how much of a net contribution France actually makes. Germany may already be managing economically without France. Berlin’s recent pursuit of trade agreements with China on its own speaks to its willingness to support the European experiment and, in the words of a recent Washington Post op-ed, unilaterally set an agenda for the euro zone as a whole. As indicated, Germany already has begun to veto French initiatives and write durable rules for dealing with the current fiscal-financial crisis. Others within Europe, it is evident, are accommodating themselves to Berlin’s leadership. A simple incident from earlier this year captures the sense of what is already occurring. At a meeting of finance ministers during the Cyprus troubles, it was reported that French finance minister Pierre Moscovici fell asleep and that no one at the meeting noticed until IMF head Christine Lagarde woke him. He has since denied that he actually dozed off, but even if the story is inaccurate, it nonetheless captures the developing acceptance of France’s waning role.

The change will develop slowly, certainly by the standards of the twenty-four-hour news cycle. No wars will be fought and no troops will march as in past European power shifts. The new leadership and emphasis will further avoid easy recognition by occurring entirely within the old EU forms and institutions. The greatest official violence will come from the occasional snub, as Sarkozy gave to Cameron when he refused to follow the French lead as he might have in the past and voted against Sarkozy’s proposals for Europe. Within these structures, the reality of power within the union, and certainly the euro zone, has already moved in a distinctly Germanic direction. Jacob Heilbrunn surely overstated when he wrote recently in these pages: “The past view that what was good for Germany was bad for the European Union is being supplanted by a new attitude that what is good for Germany is even better for its neighbors.” Still, he did capture the direction in which things will continue unless France can get its act together and offer a viable counterbalance. So far, there is scant evidence that France will rouse itself from its socialist sickbed. Or that it even wants to. 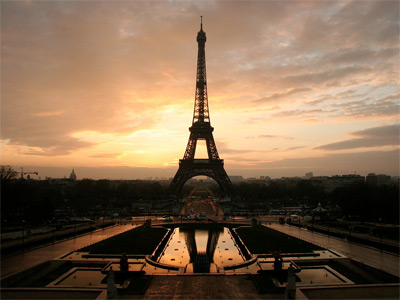