Maurice Greenberg on China and America Jacob Heilbrunn: If you look at your career and life as a businessman—as a soldier who fought in Normandy and helped liberate Dachau concentration camp—it does exemplify America at its peak. We’ve had this whole era with America as a superpower. When you look back, do you feel that America today has absorbed the lessons that we learned in World War II and afterward, or have we peaked as a superpower?

Maurice R. Greenberg: Ten million Americans went to war, and many were young. There was great patriotism, it was a war of good against evil. Speaking for myself, I couldn’t wait to go. I believed so much in what we were doing. We didn’t know that much about the Nazi regime, about the concentration camps, until we were in the middle of the continent. But there was a total patriotism on the home front as well as on the war front. The home front manufactured goods we needed to fight the war—planes, guns, tanks, you name it. The war ended, Americans came home believing in the country, in what we did. I didn’t know a Republican from a Democrat. The country came behind the president. That’s not the way it is today.

JH: What do you think specifically has changed and why?

MG: We had some principles we stood for and believed in, and we were respected around the world for those principles. Enemy and friend alike may not like us, but they respected us and what we believed in. I don’t sense that anymore. I think we’ve backed away from being a world leader, for whatever reason. That’s sensed by other countries, particularly in Asia. It’s true in the Middle East—Saudi Arabia is angry at us. That’s a major change.

JH: Do you think it’s a loss of confidence and willpower or an actual diminution of American strength?

MG: I think we have the strength potential to do whatever we want as a country. But the second major change is we are a nation of entitlements. One of our strengths has been the diversity of our population. People came looking for opportunity, not handouts. The immigrants that came to this country were Eastern Europeans. And they had a different work ethic. They’d never go on welfare; my God, they’d rather slit their throats than do that. We have a different population today, and we’ve become entitlement-bound. People may be coming for opportunity, but they know that they can get entitlements. And it’s not considered improper to get entitlements, for whatever reason. They don’t feel any degradation in their own self, as an individual. That’s a change. Is it going to go back and change again?

JH: It’s interesting that England is doing relatively well economically now, even though its leaders pushed through some pretty severe austerity cuts. The pound has strengthened against the dollar.

MG: They did. They’re doing their best to encourage financial institutions to settle in London. Because where do you go? Wall Street is under great pressure by regulation. Hong Kong has limitations. Singapore is a little out of the way. So London, which had been at the top of the heap, is trying to regain the crown.

JH: What was your impression of the new Chinese leadership when you were there recently?

MG: I’m a member of the advisory board to the Tsinghua University School of Economics and Management, and Xi Jinping, the Chinese president, recently spent an hour meeting with the members. He came across as very focused, determined, confident. The Third Plenum showed that he has further consolidated his power. It is a precondition for getting meaningful reform through the bureaucracy. There is agreement that reform in many areas, particularly on the economic side, is necessary and desirable. It won’t happen overnight. The leadership may desire change, but there is a certain time frame over which it will occur.

I think Li Keqiang, the premier, is fighting for more openness in the market. On the Standing Committee I don’t think all are going to go along with that. The Shanghai free-trade zone is a test. Change will come slowly; they can’t do it any other way. There are a number of ghost cities where they move people into and must create jobs for them—it’s not easy to do. I think one of the things they’re wrestling with is that if a farmer wants to sell a plot of land, he should be able to do that and keep the money himself. China must build a larger and more efficient agriculture than it currently has. The leadership needs to make more funds available to small- and medium-sized businesses, and I’ve been arguing with the Chinese about that for years. If you’re going to become a consumer market, you’ve got to let these small companies grow. They’re starved for capital and need to be able to borrow from the banks, and the banks have been lending all their money to these state-owned enterprises. I think there’s a movement to find some way to make funds available to small- and medium-sized companies. Then they grow, hire people, become consumers. There’s change coming, but it won’t be rapid change.

JH: Has there been something that’s surprised you the most in seeing China from 1975 through today?

MG: A number of things. There were no cars when I first went to China. You wouldn’t see any tall buildings; we constructed the first, the tallest building in Shanghai. We built a hotel, office and apartment complex called the Shanghai Center. It was the tallest building in Shanghai when it opened in 1992. It is now about number eighty in height. That’s happened all over China. They’ve done more in a brief period of time in the course of history than many nations have ever done.

JH: So you’re bullish on China?

MG: I am. I’m bullish looking at it from Chinese eyes. It’s not going to be a Jeffersonian democracy; it’s a long ways away. The distrust between our two countries is very concerning. Unless we learn how to trust each other, we have a difficult period ahead. I don’t mean tomorrow or the next day, but in the next decade or so. If China makes the switch, ultimately, not all at once but over a period of time, to become a consumer-based rather than an export-based economy—in principle, it’ll always be exports—but if consumerism grows, their GDP will grow dramatically. They’ll become the largest economy in the world. They’ll radiate more influence around the world. Certainly, they’re exploring that in the South China Sea, along with Japan, the islands with Japan. And so we’re going to be tested. How are we going to respond to these tests? What’s in our best national interests? What’s in the interests of the world more broadly?

JH: When it comes to the financial world that we constructed—you were talking about the debt being a problem in America—liberals like Paul Krugman say, “It’s no big deal,” or “inflation is down, money is cheap, borrow it while you can for nothing, worry about the debt later on.” Why are they wrong?

MG: First of all, we’re printing money every month. The endgame is going to be a burst of inflation. There’s no question about that. How are we going to escape that? What are we going to do with that money? Are we going to burn it? It’s on the books. It’s borrowed. And so clearly we have a problem here. And, you know, you can’t live beyond your means; there’s nothing magic about that. You must pick priorities, and the number of priorities. Certainly the protection of our nation is a priority. You can’t become just a weak power; you do that, and you’ve got all other kinds of problems that emerge almost immediately. There’s always somebody who wants to knock the king of the hill off of the hill. And we have a lot of people climbing up on different sides of us. And we don’t do people any good by making them dependent upon government. I’m not saying you don’t take care of those who are truly in need—yes, we have that obligation—but you don’t encourage everybody to become dependent on the government.

JH: How much of that risk-taking entrepreneurial culture do we still retain today?

MG: I think it’s around. It depends on the industry. It depends on many things, including people who are not bitten by this dependency bug. But the laws have made it more difficult as well. Eliot Spitzer destroyed—essentially destroyed—AIG, for nothing to do with the law. He decided that he was going to run for governor, and he was going to take down individuals to help his career. And the press played along with that. And so there’s been tremendous change. Why would any company that’s public remain in New York State? We’re hampering ourselves. We’ve lost a compass that made us great. 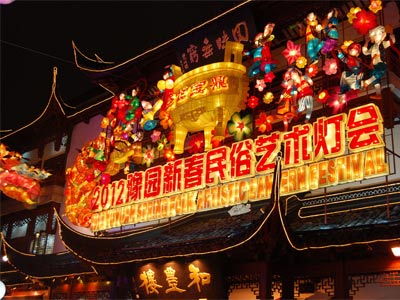