IN 1849, the year of the “spring of nations,” a peace congress took place in Paris. The main address given by Victor Hugo, the most famous author of the time, announced that

A day will come when you, France—you, Russia—you, Italy—you, England—you, Germany—all of you, nations of the Continent, will, without losing your distinctive qualities and your glorious individuality, be blended into a superior unity, and constitute an European fraternity. . . . A day will come when bullets and bombshells will be replaced by votes, by the universal suffrage of nations, by the venerable arbitration of a great Sovereign Senate, which will be to Europe what the Parliament is to England, what the Diet is to Germany, what the Legislative Assembly is to France.

One hundred sixty years have passed since this noble vision was enounced; a European parliament of sorts has come into being, but not exactly a European brotherhood, and one suspects that Victor Hugo would still not be too happy with the present state of the Continent.

My memories of Europe go back to a childhood in Weimar Germany and growing up in the Nazi Third Reich. I left the country shortly before the outbreak of the Second World War. I have returned for many short visits and some long stays since, been to most European countries and made the Continent one of my fields of study. My children went to school on both sides of the Atlantic. European culture has been the formative influence in my life (that of the past admittedly more than the present). Thus I had the good fortune to benefit from a variety of global perspectives. When I look out of our windows in Washington, DC, I can see the raccoons and squirrels in the trees of Rock Creek Park; when I look out of our apartment in Highgate, London, I see the squirrels of Waterlow Park and, in winter when the leaves are down, the grave of Karl Marx.

Having seen Europe and the Europeans in good times and bad, the day may have come for a summing-up. I learned long ago that a crisis is merely the period between two others, but the present one is considerably deeper and could be fateful. Five years ago, in a book entitled The Last Days of Europe, I referred to the passing of a Europe I had known. The reception was skeptical in part; the views I expressed were unfashionable, and the book certainly came too early. According to a wide consensus, the twenty-first century belonged to the Continent, the civilian superpower that would be envied and emulated by all others.

Europe, and especially the European Union, was not doing badly at all. Had it not progressed to a common currency? The reviewer in the Economist (my bible among the weeklies) blamed my book for “unduly apocalyptic conclusions.” And now I see that a recent editorial in the same magazine about the very same issue is headlined “staring into the abyss.”

But I was not staring into the abyss at the time, and I am not now; I was merely considering the possibility of Europe turning into a museum or cultural theme park for well-to-do tourists from East Asia. Not a heroic or deeply tragic future, but not my idea of an apocalypse either. Certainly, at the time I was dealing more with the long-term challenges facing the Continent, such as the demographic trends. More recently, as a result of the global recession and especially the European debt crisis, the immediate dangers resonate. This is only natural, for the collapse of banks, the instituting of austerity budgets and rising unemployment are clear and present dangers. Long-term threats can be pushed aside; there is always a chance that they may not happen. Five years on—no more than a minute in history—can also seem like an eternity.

PONDERING THE future of Europe, one is reminded of Frenchman Raymond Aron’s In Defense of Decadent Europe, published in the 1970s, and the debate it triggered. Despite his native pessimism, Aron did not believe that decadent Europe would fall victim to the superior ideological attraction of Communism and the economic, military and political power of the Soviet Union.

With all his sympathy for liberal Europe, Aron was aware of the process of decadence (or decline, to use a more value-free term), which set in with the First World War and accelerated with the Second. The reasons are known: the devastation from the conflicts, the great bloodletting and the deeply destructive ideologies they bore. By the 1950s and ’70s, Europe had largely recovered in the material sense; it was better off than ever. But it had not recovered its self-confidence. True, there was much talk about common European values, but in reality consumerism and materialism (not of the philosophical variety) as a way of life were certainly more important factors.

And yet, students of history know all too well that the subject of decline has to be approached with caution, and there have been many false prophecies. There have been incidents not only of survival but also of recovery of countries, continents and civilizations that had been given up as lost causes. When western Rome fell, it was generally assumed that the eastern part of the Roman Empire was also doomed, but Byzantium survived for another thousand years. After the defeat by the Prussians in 1871, the general view in France was that Finis Galliae had arrived—that in view of the shrinking population, general defeatism, the lack of patriotism and self-respect, as well as social evils such as alcoholism and what was then called “eroticism,” France was finished, never to rise again. And yet, within thirty years the situation radically changed: decadence became unfashionable, it was largely replaced by militarism and even chauvinism; the Eiffel Tower was built; sport was discovered and became popular; and France was itself again. More recently, it took Germany a mere fifteen years after its defeat in World War I to reemerge as the strongest and most feared country in Europe.

The European Dream thus arrived: a postnationalist model of peace, prosperity, social justice and ecological virtue. It is certainly encouraging to know that the homicide rate in Europe is one-quarter that of the United States, that the literacy rate and the life span are higher. A revolution took place in Europe during the last sixty years that most Americans simply did not notice. It achieved a new balance between individual property rights and the common good, between government regulation and the free market, between liberty and equality—which America with its naive belief in the all-curative power of the free market had never achieved. The excesses of consumer capitalism had been tempered. It had pioneered a new approach to a humanitarian foreign policy. At long last it had come to live in peace with itself and the rest of the world. Europe was healthy and sustainable; it was stress-free in contrast to feverish, unbalanced America. The future seemed to belong to the European model. It would be emulated all over the world, a shining beacon to all mankind.

ON A depressing morning with the only news in the media about Ireland on the brink of collapse, Britain facing years of austerity, Greece in despair, Portugal beyond despair, Italy and Spain in grave danger, “chronically weak demand,” “debilitating cycles,” “collision course in Europe,” “killing the Euro,” “pernicious consequences” and “towards the precipice”—it now sounds much like the end of days.

It is easy, far too easy, to ridicule now the illusions of yesteryear. The postwar generation of European elites aimed to create more democratic societies. They wanted to reduce the extremes of wealth and poverty and provide essential social services in a way that prewar government had not. They wanted to do all this not just because they believed that it was morally right but also because they saw social equity as a way to temper the anger and frustrations that had led ultimately to war. For several decades many European societies more or less achieved these aims. Europe was quiet and civilized, no sounds of war.

It simply is not true that the present crisis is entirely the fault of John Maynard Keynes and the Social Democrats. Keynes has been dead for a long time, and no major European country (save Spain) has been ruled by Social Democrats for years. And yet, at a certain period the European idea began to lose steam. It was based on the assumption of permanent economic growth, and it did not take into account the problem of aging European societies. Once growth stalled and people lived longer, the base of the scheme eroded. Basic mistakes were made in other respects as well, such as the accumulation of debts and the belief that an economic-financial union could be established in the absence of a political one.

Europe needed to be based on a feeling of European identity and common values. But it began, after all, as an iron, steel and coal union. True, Jean Monnet, the father of the European Union, later said that he would put the emphasis on culture rather than the economy if he had to start all over again. But he did begin with the economy, and this approach was probably not without reason. 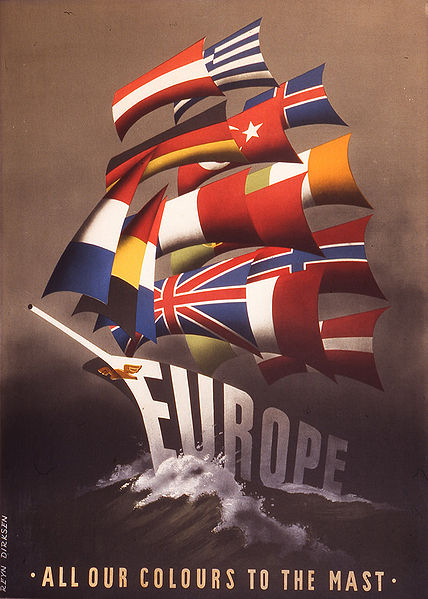