There is reason to believe we do. The IAEA has reported that Tehran is having trouble with its centrifuge cascades and has not been rapidly adding new ones to its main enrichment facility at Natanz. Unless there are covert enrichment facilities like the one discovered near Qom last fall up and running without our knowledge, this means that the rate at which the regime is manufacturing LEU has not risen. In addition, at some point in 2009 or early 2010, Iran had enriched enough LEU so that if it wanted to break out of the NPT and build a bomb it could do so. This was something the Israelis feared intensely, calculating that Iran might be able to have a deliverable weapon in as little as a year. Yet once the Iranians crossed that dangerous threshold, they did not mount a crash program to build a bomb. Now, Tehran may ultimately want an arsenal, but this shows that the regime is not simply looking to get its hands on one as quickly as it can.

Indeed, the American intelligence community and most of its foreign counterparts believe that Iran probably won’t field a nuclear arsenal until the middle of the decade. Even Israeli officials have privately indicated that they think the program has slowed. In 2009, Israeli Mossad chief Meir Dagan said that it would probably take Iran until 2014 before it could produce a functional nuclear weapon.

What this adds up to is the sense that the United States and its allies have some time, probably several years—but not forever. Which is why we can afford to try a policy of pressure. But we need to make sure that we apply it with real determination, ratcheting up the heat on Iran more than the administration has done thus far. The key is to take on a range of new activities that the White House has mostly resisted.

AN EFFECTIVE strategy will need to be harsher, more varied and more sustainable than our current course of action. The United States needs to make Iran a true pariah state, and one squeezed enough from both outside and inside that it eventually recognizes it would be better to make some concessions than continue under the strain.

First, we must expand the focus of the pressure: from ire at the nuclear program to ire at Iran’s abuse of human rights. There are lots of countries that abuse human rights, and the Iranians will doubtless claim a double standard. But the past thirty years have demonstrated that the world is actually quite comfortable with double standards, harshly punishing some human-rights abusers while ignoring others. This is not to condone such hypocrisy, only to point out that it should not be seen as a practical obstacle to pressing the Iranian regime for its increasingly authoritarian behavior. The United States need not wait until every nation with a worse human-rights record has reformed itself to point out that Iran’s has become egregious, and to mobilize international opinion to hold the regime accountable. The existence of a worse crime should not excuse a very bad one.

Since Iran’s recent disputed presidential election, I have had the opportunity to speak to a range of Iranians in permissive environments. On every one of those occasions, I have asked them how the United States could help the Iranian opposition, and what I have consistently heard from them is that Washington needs to sanction Tehran, not for its pursuit of a nuclear-enrichment capability, but because of its abuse of human rights. They argue that the current leaders are very sensitive to any criticism of their record because they believe that it delegitimizes them in the eyes of many of the people—as it actually has done. The administration’s September decision to impose sanctions on eight senior Iranian officials for their role in Iran’s internal crackdown was a terrific start, but it falls far short of what is needed. Calling Iran to account for its deplorable abuses in this arena is likely to strike a much-more-responsive note with a number of other states around the world—even those whose own histories are far from spotless. Many other third-world countries resent the great-power monopoly over nuclear weapons (and so sympathize with Iran’s nuclear ambitions), but very few will condone gross, systematic human-rights violations. Indeed, the European Left, which was once made up of avid Iran apologists, has now largely turned against the regime, incensed by its brutal crackdowns.

Although Iran and apartheid South Africa have little in common, the human-rights campaign that eventually succeeded in forcing the white South African government to dismantle its odious system could serve as a useful model. Various nations and human-rights organizations kept up a steady drumbeat, exposing abuses with concomitant condemnation. Over time, it became impossible for businesses and even countries (including governments that could not have cared less about human rights) to have normal relations with Pretoria. The stigma simply became too great. And just as in South Africa, human rights could become an important vehicle to galvanize international support to choke off investment in Iran and perhaps provide some much-needed relief to the Iranian opposition by making it more painful for the regime to suppress them with violence.

This expanded effort needs to be coupled with a more tenable sanctions regime than the one now in effect. Sanctions cannot be the only means by which the United States and its allies pressure Iran to change its behavior, but as one necessary part of the strategy, they need to work better—and for longer.

We need to remember the lessons of our unsuccessful effort to do the same to Saddam Hussein’s Iraq. In 1991, the United Nations imposed strict sanctions on the country, expecting that this would force Saddam to comply with its demands in a matter of months (145 days, to be precise). The problem was that Saddam refused to back down, and the United States and its allies were then forced to attempt to hold to those draconian measures for a dozen years in a vain attempt at compellence. By 2003, the sanctions were in shambles. Saddam and his trading partners were flouting the few remaining prohibitions that the UN had not yet repealed. This is because the sanctions were unsustainable: the Iraqis found ways around the financial controls, and the trade restrictions allowed the regime to starve large segments of its population and then claim that it was the sanctions that were responsible for hundreds of thousands of deaths. Trade sanctions inevitably inflict hardship on average people—which the international community will find impossible to stomach for long. Washington should beware this type of coercion.

The kinds of sanctions that tend to work best over time instead focus on cutting off foreign investment in the targeted country. No one dies from such a loss, so it is much easier to sustain. Here as well, South Africa provides a useful analogy. The human-rights-based campaign against apartheid focused on slowly choking off direct foreign investment in South Africa. The “divestment” campaigns, coupled with state and business actions, squeezed South Africa’s GDP, but not in a way that caused severe, direct harm to the vast majority of South Africans. Instead, what the efforts did was paint an unmistakable picture for the South African leadership that if they did not change, their country would be reduced to a poor, isolated pariah state—North Korea with elephants—and that was simply intolerable. Given Iranian pretensions to world-power status, a similar perspective might have equally palliative effects.

If the systematic choking off of investment to Iran’s economy is coupled with clandestine efforts to destabilize the regime and its nuclear ambitions, we may just have a workable strategy. First, the obvious. Washington ought to be mounting a full-court press to try to sabotage the Iranian nuclear program. Israel seems to have been hard at work on this for decades, and there is talk that the United States has as well. One can only hope that, in this case, the rumors are true. Successful sabotage operations, both physical and cyber, will slow down the program, giving all the other aspects of the pressure campaign a greater chance of having an impact.

But more important is the ultimate goal of putting at risk the current leadership’s hold on power. For many Americans, “covert action” is nothing but a four-letter word. It is certainly the case that covert-action campaigns can backfire badly, as the United States has learned to its chagrin at a wide variety of times and in a wide variety of places—including in Iran more than once. But this history should serve as a warning, not a prohibition. Turning up the pressure on Iran’s hard-liners is going to be very difficult as it is; the United States should not unilaterally eschew an option that could be helpful just because it too will be hard to get right. The question is whether specific operations have a high-enough probability of success, a low-enough probability that failure would cause serious harm, and a reasonable expectation that even partial success would be significantly useful. 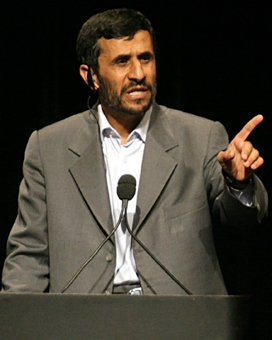