AT LAST fall’s Valdai Discussion Club, the annual Moscow session where Russian leaders meet with Western journalists and academics, Vladimir Vladimirovich Putin made clear he would issue no apologies for his recent maneuver to reclaim the Russian presidency from his protégé, Dmitri Medvedev, and dominate his country’s politics for perhaps the next dozen years. Responding to one question, he declared, “I do not need to prove anything to anyone.”

Such defiance reflects two central elements of the Putin persona: his firm conviction that his personal destiny is intertwined with that of his country; and his resolve to fashion the Russian destiny through slow, methodical decision making over a long period of time. In past public appearances, Putin has made repeated references to one of his Russian heroes, Pyotr Stolypin, the reformist prime minister under the last czar, Nicholas II, who also favored measured, evolutionary change; and to his American model, Franklin D. Roosevelt, who brushed aside the unwritten two-term presidential limit that had guided all U.S. executive leaders up to his time. At one point at the recent Valdai conference, Putin was asked directly about these references to Stolypin and Roosevelt, both of whom, noted the questioner, “did not survive to see their projects through.”

Putin did not miss a beat. “Well,” he interjected, to a smattering of nervous laughter, “don’t go planning my funeral just yet.” Clearly, he does not conceive of the next phase of Russia’s history moving forward without him.

Putin is back, or almost assuredly will be back, as Russian president in 2012. Notwithstanding all his time as Russian president or as the stealthy power behind the presidency, Putin remains a shadowy and inaccessible figure. This is not by accident, given that he has invested extraordinary efforts into hiding his true identity. There are large discrepancies in his official narrative—not surprising, perhaps, for a former KGB case officer adept at masking his real self as well as, sometimes, his very existence. His KGB role, including his East German service in Dresden, remains a mystery. Little is known even of his activities as deputy mayor of St. Petersburg. So little, in fact, that to our knowledge there may be only one published photo of the man from this important period of his official career. This is a striking contrast to his more recent penchant for projecting his political persona widely through photographs.

This vague biography prior to Putin’s August 1996 arrival in Moscow contributed to another aspect of his career—a widespread tendency on the part of others to underestimate him. Seemingly lacking a firm identity or ideology, Putin was seen as a “quiet Chekist” who could easily “disappear in a crowd of two,” as Russia expert Pavel Baev once put it. He seemed to have a knack for getting others to construct their own versions of what they wanted him to be and did not seem overly concerned about the result. When Putin first joined the Russian government, former acquaintances widely dismissed him as a second-rate figure. He was “a mediocrity,” as a senior official from Helsinki put it. He was also called a puppet of the “Yeltsin family” (the entourage around former Russian president Boris Yeltsin), a tool of the security services (siloviki) or simply a “KGB thug” motivated by lust for money.

None of this was accurate. Putin turned out to be much more important—and more complex—than almost anyone perceived a dozen years ago. As president and premier, he is one of the longest serving leaders in postczarist Russian history. As the 2012 Russian presidential election approaches, Putin has put himself forward as a critical protagonist in Russia’s historical narrative. We propose here to offer a portrait of the man from official biographical accounts, his numerous interviews and speeches, our personal interactions with individuals who have known and worked with him, and our participation in the annual Valdai sessions. These offer an image of Putin as a student of Russian history who is moving increasingly into the dangerous territory of writer, manufacturer and manipulator of history.

Indeed, any effort to understand Vladimir Putin must begin with the man of history. For Putin, the interpretation and reinterpretation of history is a crucial matter. History was his favorite subject in school, and he remains an avid reader today. He appreciates the power of “useful history,” the application of history as a policy tool, as a social and political organizing force that can help shape group identities and foster coalitions. At the September 2010 Valdai Club conference, Russian deputy prime minister Igor Shuvalov told the group that Putin and his team “are good students of Russian history. We’ve studied it and learned lessons from it.” In late October 2011, in a Reutersinterview, Putin’s press secretary Dmitri Peskov stressed that “Putin reads all the time, mostly about the history of Russia. He reads memoirs, the memoirs of Russian historical state figures.” For Putin, history is both personal and personalized—focused on individuals and their actions rather than on political, social and economic forces.

During a September 2005 Valdai Club lunch with Putin in the Kremlin, participants noted the prominent placement of busts and pictures of the great czarist-era reformers in his public-private area. In 2008, the Kremlin and the Russian government conducted a national contest in which Russian citizens chose “the most important persons in Russian history.” The contest unfolded according to an elimination-round format in which each round’s highest vote getters would be pitted against one another in subsequent rounds. The top designee turned out to be Alexander Nevsky, thirteenth-century grand prince of Vladimir and one of the most significant early Russian rulers, declared a saint by the Russian Orthodox Church. Number two was Stolypin, who resigned after a series of political setbacks and was subsequently assassinated. As a number of prominent Russian commentators pointed out at the time of the contest, it was fixed. Independent polls showed that few Russians considered these two figures even in the top twenty-five. The regime manufactured their popularity for its own purposes. But it was a hard sell. Stolypin had been denigrated in the Soviet era and depicted as a brutal repressor of the people. Yet Stolypin has since become Putin’s role model of choice, a historical figure who justifies both Putin’s policies as prime minister and his program for the further development of Russia.

Putin, it seems, has embraced Pyotr Stolypin as the model for his current premiership and putative future presidency because Stolypin tried to accomplish the political, economic and social transformation of Russia through nonrevolutionary means. Putin’s favorite quote these days is, “We do not need great upheavals. We need a great Russia,” a paraphrase of Stolypin’s famous rebuke to his fellow Duma deputies in 1907: “You, gentlemen, are in need of great upheavals; we are in need of Great Russia.” At the 2011 Valdai meetings, as in previous sessions, Putin made frequent references to the importance of gradual, evolutionary change.

But there are risks in this effort to manufacture and manipulate history for purposes of the present. History can be stubborn in its details. Stolypin, for example, did not succeed in transforming Russia through steady, well-planned actions after Russia was humiliated in the 1904–05 Russo-Japanese War and shaken by revolutionary turmoil. He repeatedly dissolved the Russian parliament after clashing with its more radical members, and Czar Nicholas II famously grew weary of the constitutional monarchy and tentative parliamentary democracy that Stolypin tried to lead. Putin and Stolypin have many more differences than similarities, and it would be rash to suggest that Putin is predestined to share Stolypin’s fate, politically or personally. But in a general sense, Putin does face the same dilemma as Stolypin: before he can shape the future and make it into history as he envisions it, he has to deal with the political exigencies of the present. The past teaches us that the forces and pressures of politics sometimes go their own way despite carefully calibrated efforts to channel them. The disappointing results for Putin’s United Russia party in the recent parliamentary elections are a reminder of that lesson. Putin expected voters to elect a thoroughly supportive parliament for his upcoming presidency. The newly elected Duma will not be as docile as he had planned. The challenge in scripting history is getting the real-world actors to understand and play their parts. Putin knows and plays his role. His people seem less willing to play theirs.

Still, Putin demands his place in Russian history, which makes him a man of mark in our time. He is one who deserves to be better understood. His outlook has been shaped by many influences, among them the archetypical Russian mentality as well as his early life; KGB training and service in East Germany; experiences in St. Petersburg in the 1990s; early days behind the political scenes in Moscow; and his time at the helm of the Russian nation. The force of history is a strong current that flows through all of these. To pull them together into a portrait of the man, we shall look at the Russian prime minister in five guises—Putin the statist, Putin the survivalist, Putin the outsider, Putin the free marketeer and Putin the case officer. 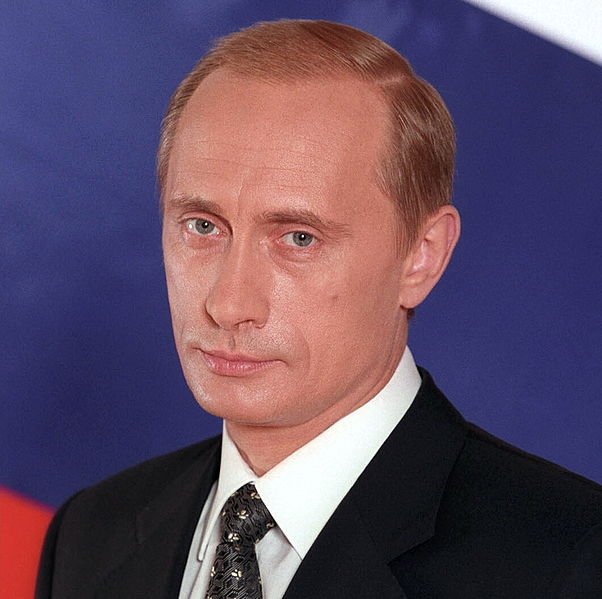