Such suggestions on how to move Pakistan in favored directions miss a central reality: Washington and its allies are much more dependent on Pakistan than Pakistan is on them. The nuclear arms of Pakistan pose a very serious threat to the United States and its allies; there is nothing in the West that poses a similar threat to Islamabad. Proliferation is a major Western concern but not one for Pakistan. When Islamabad closes the supply routes to Afghanistan, as it has done on several occasions when angry, it deprives Washington and its allied forces of crucial supplies. The West would cause much less disruption if it were to cut off help to Pakistan. China could quickly pick up the slack, as reflected in the fact that its investment in Pakistan has grown from around $4 billion in 2007 to $25 billion in 2010. (It remains an open question, though, whether China would be willing to write checks to the Pakistani military, as the United States currently does.)

Daniel Markey at the Council on Foreign Relations has noted that Pakistani officials talk openly about China as a “strategic alternative to the United States.” The government has described China as an “all-weather friend” (a pointed contrast to the United States, which is often characterized as only a fair-weather friend). Beijing would benefit from an alliance with Pakistan by gaining an alternate route for China’s energy supply, which currently bottlenecks at the Strait of Malacca in the Indian Ocean. In May 2011, China announced the sale of fifty fighter jets to Islamabad. (The fighter, known as the JF-17, was developed jointly by Pakistan and China.) Beijing is a major investor in Pakistan and a primary supplier of its weaponry (70 percent of Islamabad’s tanks are Chinese). China allowed Pakistan to test its first nuclear device on Chinese ground and aided it in transporting missiles purchased from North Korea. The two nations also conducted three joint military exercises. China has made investments in Pakistan’s infrastructure, including construction of the deep-sea port of Gwadar and the Karakoram Highway, a roadway connecting China to Pakistan. Islamabad is encouraging Afghanistan to court Beijing as well.

In short, America is unlikely to achieve its goal with threats to divorce itself from Pakistan, “get tough” or condition its aid on Pakistan meeting certain benchmarks in combating militants. Pakistan doesn’t need the United States nearly as much as the United States needs Pakistan, and Beijing is standing by to benefit from the West further alienating Islamabad.

A RATHER different approach, and an even less promising one than pressing Pakistan to change its ways, is to build the civilian government and its societal bases in Pakistan and reduce the role and power of the military, ensuring that it is under the control of elected officials. For example, Aqil Shah, a postdoctoral fellow at Harvard, calls for turning Pakistan into a viable state with a strong civil society dominated by civilian leaders rather than one overshadowed by the military. In this view, corruption would be curbed and the economy would grow, generating meaningful jobs, particularly for the large youth population. These changes are to be brought about by the United States shifting aid from the military to the civilian sector. Shah argues, “Militant extremism can be fought effectively only through serious governance reforms that ensure the rule of law and accountability.” He claims that Pakistan’s government may need a “multibillion-dollar Marshall Plan” but such “aid should be tightly linked to Pakistan’s economic performance, progress in combating corruption, and transparency and responsiveness in government.” Shah also argues that Washington should take a tougher approach with the Pakistani military and make clear that “interference in politics will not be tolerated and could have serious repercussions, including a downgrading of military ties, the suspension of nondevelopment aid, and broader diplomatic isolation.”

The thesis that the United States can build up Pakistan’s civilian elements and scale back its military ones is reflected in the Kerry-Lugar bill (named after Massachusetts Democratic senator John Kerry and Indiana Republican senator Richard Lugar), which provides $7.5 billion in aid over five years but demands that Pakistan cooperate with Washington on nonproliferation, make significant progress in combating terrorist groups and ensure that the Pakistani military is separated from the country’s politics.

This approach ignores the West’s poor record of long-distance nation building. As William Easterly has shown in his book The White Man’s Burden, the nations that modernized over the last decades had high growth rates and were politically stable. South Korea, Taiwan, China and Singapore made these advances on their own, with very little foreign aid. At the same time, the nations that received large amounts of aid, especially in Africa, often struggled. A 2006 World Bank study showed that fourteen of the twenty-five aid-recipient countries covered by the report had the same or declining rates of per capita income from the mid-1990s to the early 2000s.

The United States and its allies haven’t demonstrated much success in transforming Iraq and Afghanistan. A 2011 report by the Senate Foreign Relations Committee shows that much of the aid to Afghanistan was wasted or remains unaccounted for, and the money’s positive effects were short-lived and distorted the Afghan economy, polity and society.

Some of the funds intended to assist Pakistan’s fight against terrorism have been used to purchase weapons to counter India. Much of the rest has been lost to corruption. As Wright notes, “The Pakistani military . . . submits expense claims [to be reimbursed for its fight against terrorism] every month to the U.S. Embassy in Islamabad; according to a report in the Guardian, receipts are not provided—or requested.”

Anticorruption drives seldom succeed, and there is little reason to believe that civilians are less corrupt than the military. Moreover, the military is one of the few institutions in Pakistan that is widely respected, and the current civilian leadership is considered weak and divided. As Shuja Nawaz, director of the South Asia Center at the Atlantic Council, puts it, “The Pakistani military is destined to remain an important institution in Pakistan’s otherwise dysfunctional polity.”

In short, nation building (or “capacity building”) seems even less likely to succeed than muscular diplomacy.

THERE IS one major reason why the Pakistani army is reluctant to dismantle the militant groups, sever its alliance with the Afghan Taliban and accept a reduced standing in society: the country’s government and people view India as their first, second and third enemy. The term “obsession” is often used to describe this preoccupation. India and Pakistan have been archenemies ever since the 1947 partition. They have fought three major wars and engaged in several armed clashes, including some that have come close to nuclear war. Each nation has supported terrorist acts against the other. And their sizable armies are trained, equipped and centered on fighting one another. This conflict seems intractable, and the many attempts to settle it have failed. However, resolving this impasse would have major strategic consequences for all the issues at hand. It would not be easy, to put it mildly. But there has been progress on this front in the past.

In 2007, secret negotiations between the two countries reportedly came close to a wide-ranging and encompassing deal. Confidence-building measures at that time included the easing of visa restrictions between the countries and talks to work out the contentious border of Sir Creek. The two governments explored making a preferential trade agreement. Pakistan even considered granting India “most favored nation” status, conditioned on just a few minor changes in Indian policy. The time may now be ripe for another major conflict-resolution drive.

The main point of contention is the fate of Kashmir. Commentators often speak of this issue as implacable. However, there is an emerging consensus between India and Pakistan on how to proceed. Since the partition, various approaches to Kashmir have been suggested. They include granting it independence, dividing it between Pakistan and India along the Line of Control (LOC), and basing the decision on a referendum of Kashmiris. But the two countries seem to be moving toward a third way, sometimes referred to as a “soft” border, which would entail giving the two parts of Kashmir considerable autonomy and allowing its citizens free movement and trade between them. According to a report by researchers P. R. Chari and Hasan Askari Rizvi published by the U.S. Institute of Peace, “the governments of India and Pakistan have both repeatedly endorsed the concept.” Moreover, an opinion survey on both sides of the LOC reveals public support for peace and soft borders. And there are increasing calls on both sides for Kashmiri representation in negotiations and for demilitarization of the area.

Indeed, the 2007 back-channel negotiations between representatives of the Musharraf and Singh governments were moving well toward a settlement along these lines, adding a proposal to establish a joint body (comprised of Kashmiris, Indians and Pakistanis) to oversee issues affecting populations on both sides of the LOC. Unfortunately, both the Indian and Pakistani governments hesitated to codify the agreement, fearing the public reaction. By 2008, the opportunity to proceed was lost in the aftermath of Musharraf’s resignation and the abandonment of peace talks after the Mumbai attacks. Resistance to a settlement remains strong among some elements in the bureaucratic and military establishments of both countries. However, given the promising resumption of dialogue between India and Pakistan in early 2011 and the fact that the deal brokered in 2007 is still on the table, there is reason to suggest that if additional investments were made in the settlement of this dispute, significant progress could be made. 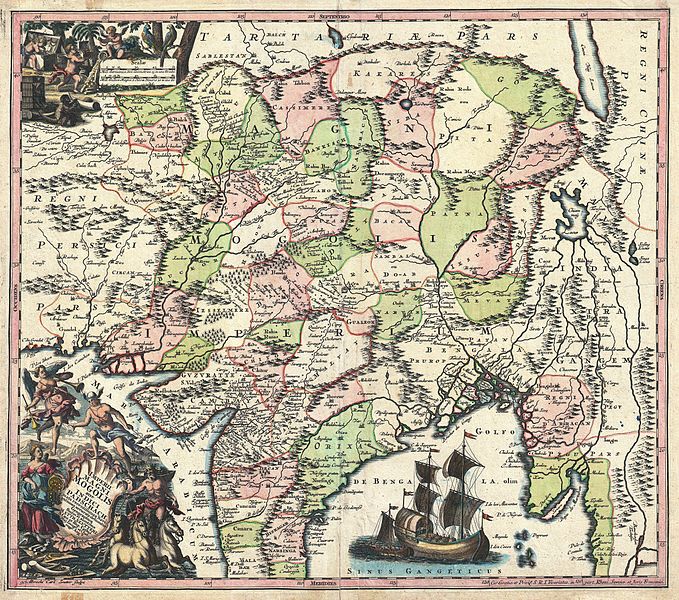