CONDITIONS CONTINUED to change rapidly in the ensuing decades. Elizabeth ascended the throne upon her father’s death in 1952 and was crowned the next year. By then, royalty was becoming a form of celebrity—photographers were to plague her with increasing aggressiveness and diminishing deference for the next sixty years.

As royalty became celebrities, celebrities started to become royalty, a process begun by the marriage of an Irish American movie actress, Grace Kelly, to Prince Rainier of Monaco in 1956. The prince even perpetuated a time-honored tradition by asking the bride’s father for a dowry of $2 million. Mr. Kelly was horrified but eventually did pay up. And then there was Elizabeth II’s sister, Princess Margaret, who actually married a photographer, Anthony Armstrong-Jones, in 1960. Such a choice by a princess would have been unacceptable among all former generations. Theirs was also, aptly, the first televised royal wedding in British history.

The story from that point on is well known to anyone aged thirty or more. Of Elizabeth II’s four children, three married only to divorce a few years later. The most celebrated royal wedding of our era was that of Charles, Prince of Wales, to Lady Diana Spencer in 1981. Her innocence, her beauty and her distinguished lineage made her appear an auspicious choice. The mood in Britain at the time is well captured by Tina Brown in her biography of the princess:

The wedding day’s magic was so powerful that a mad, unreasonable joy coursed through the nation. The symptoms of royal fever . . . included extreme pulsations of patriotism at the sound of choral music, tears welling up involuntarily in eyes, shivers up spines, and intense envy of the bride and groom. The splendor and hopefulness of it all offered a vision of England that turned every hack into a troubadour, every Roundhead into a cavalier.

Unlike the long-suffering princesses of British and European royal history, however, Diana had not been brought up to endure humiliation in dignified silence; neither did she accept that reasons of state trumped personal well-being. She was forced, after the wedding, to recognize that her life would now be lived almost entirely in the public eye and under the most rigid forms of protocol. To quote Tina Brown again:“It was like an icy wave hitting her in the face. The oldness, the coldness, the deadness of royal life, its muffled misogyny, its whispering silence, its stifling social round confronting sycophantic strangers, this is how it would be until she died.” Bad enough by themselves, these conditions were made worse by her husband’s long association with Camilla Parker-Bowles, which, it soon appeared, had not been broken once and for all at the time of the wedding.

The blame never lies on only one side when a marriage fails, and Diana surely had faults of her own. Anyone who is married knows that, after the early months of euphoric union, there are always going to be areas of tension and practical difficulties to be worked out between spouses. Imagine trying to wrestle them to the ground when literally thousands of other people are eagerly sowing discord by photographing, gossiping about and magnifying every public moment. Imagine being surrounded by people whose ostensible role is to help protect your privacy but who turn out to be corruptible, willing at the right price to tell the tabloid press every lurid detail. No wonder so many modern royal marriages have turned sour.

Is there any reason to hope that Prince William and Princess Kate will fare any better than their recent predecessors? Without getting carried away, I do think there are grounds for cautious optimism. The circumstances of their early lives have been less different than those of Charles and Diana. They are closer in age. Prince William knows better than anyone what his mother had to endure and surely feels anxious not to put his own bride through the same ordeal. Kate is now playing the role that Diana played in 1981, but this time the bridegroom, every time he smiles, vividly brings to mind Diana herself. There’s something auspicious about this configuration, surely.

THE BAD old world of arranged marriages and domineering husbands has been exchanged for the bad new world of chosen marriages, paparazzi and pitiless publicity. Through it all, however, an intense, burning love of the monarchy has persisted across all social ranks in Britain and throughout the British Commonwealth. There is no significant constituency in Britain in favor of abolishing it. Americans say they love equality and democracy, but they love the British monarchy too and join in wholeheartedly at moments like this. There’s even a palpable sense of what might be called dynasty-envy in the United States, by which certain distinguished political families (the Kennedys, the Clintons and the Bushes) take on a pseudoroyal glamour of their own. You only have to compare the muted fanfare around the weddings of Jenna Bush in 2008 or Chelsea Clinton last year, however, to realize that the Americans still have a very, very long way to go.

American excitement over the wedding also suggests an oblique recognition of the benefits of monarchy, once shorn of its obvious ancient abuses. Monarchy separates ceremonial leadership from political leadership, functions which, in the United States, are combined in the president. Nearly half of all American voters, in any given election year, voted against the person who now represents the nation, and probably don’t like him, whereas no British person voted against the queen. She can embody the nation over and above its squabbling politicians and can present a more dignified idea of the country to its own citizens and to outsiders.

Royalty has also, in the twentieth century, been a brake on, or antidote to, dictatorship. The restoration of the Spanish monarchy ended the sordid and repressive Franco era, while the constitutional monarchies of Holland and Scandinavia are among the most moderate and politically stable entities in the world. The fact that accident of birth decides who will be king or queen might offend our sense of meritocracy, but it also protects us against the kind of unscrupulous personalities who often claw their way to the top in democracies.

There are two caveats, however. First, the monarch has to have a well-developed sense of duty and to behave with political impartiality, a point that Elizabeth II appears to have understood perfectly. Second, the existence of the monarchy must not offend the citizens’ essential idea of their own country. The United States, in other words, can never have a king. Nevertheless, its people can look on, with admiration and a disguised form of regret, at monarchy’s capable functioning elsewhere, nowhere illustrated better than in a British royal wedding. 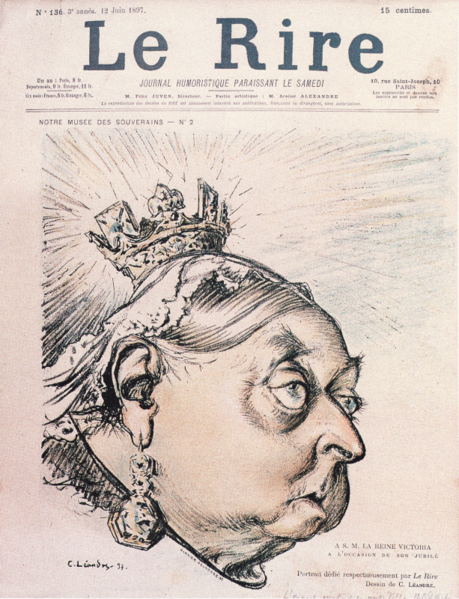