WHEN I think of Iraq, I think of fire. First there is the obvious. With summer, the country becomes an inferno. The heat muscles its way past doors and windows, scoffs at fans, overpowers air conditioners and beats everyone senseless.

Then there is the fire inside. Most Iraqis seem sleepy on first impression. They amble around sluggishly, leaden from the heat. But just mention politics, and suddenly they come to life. For Iraqis, politics is a blood sport played in a white-hot furnace. There are no half-held opinions. Every opponent is a lethal conspirator. Every conspiracy, a lethal threat. Every threat must be met with total force.

The civil war that engulfed Iraq in 2005–2006 was born mostly from a set of horrific circumstances created by an almost inconceivable parade of American mistakes. But Iraqi passions fueled the bloodletting. Indeed, part of the American success in quelling that conflict two years later came from reining in those passions.

Today, the fire of civil war has been rekindled. It is a small flame so far, just nibbling at the edges of the fabric of Iraq. It could be put out, probably quite easily. But the United States is withdrawing, and Iraq’s leaders sit in the middle of the rug, plotting, arguing, fixated on finding a way to knife one another in the back. No one is making a move to douse the flame. Instead, they blame one another and refuse to lift a finger to stop its slow, steady spread—even though all of them will be consumed if no one stops it.

TO KNOW where Iraq may be headed, it’s important to understand how the country got where it is. Again, let’s start with the obvious. In 2003 the United States invaded Iraq, toppled the totalitarian dictatorship of Saddam Hussein and put nothing in its place. In so doing, Washington created a failed state and a security vacuum. This quickly spawned widespread organized and unorganized crime, terrorism and an insurgency among the Sunni tribes of western Iraq who felt threatened by the ham-fisted American efforts to create a Shia-Kurd-dominated government.

Indeed, the creation of a power vacuum in Iraq did what it often does and has done in places like the former Yugoslavia, Congo, Lebanon and Afghanistan: it enabled various criminals, sociopaths and opportunists to lash out at their rivals and use preexisting (even long-dormant) differences to mobilize support and employ violence. This in turn prompted other groups to take up arms to defend themselves, setting off a fear-based spiral of attacks and reprisals that pushed the country into all-out civil war.

In 2006–2007, just in the nick of time, the United States recognized its principal mistake and sought to remedy it. Washington deployed thirty thousand additional troops to Iraq and, of far greater importance, adopted a counterinsurgency strategy—or more properly, a low-intensity conflict strategy, since the problems of Iraq were much more those of an intercommunal civil war than of a pure insurgency. This shift focused American and Iraqi forces on protecting the populace, disarming the militias and enforcing cease-fires among the various warring groups. Troops scaled back their attempts to kill bad guys and ramped up their efforts to protect good guys. As part and parcel of that strategy, the United States reached out to Sunni tribal sheikhs who had themselves grown disenchanted with al-Qaeda’s fanatical rule, and together the two sides drove the terrorist groups from their havens in western Iraq.

In effect, this approach, often referred to by the shorthand nickname of the “surge,” filled Iraq’s security vacuum, reversing all of the pernicious trends that had pushed the country into civil war in the first place. And that altered the incentive structure of Iraq’s political leaders, eliminating their ability to rely on violence to achieve their goals. It also reversed their relationship with the Iraqi people. While the security vacuum prevailed, average Iraqis were dependent on the warlords, insurgent leaders, organized-crime bosses and militia commanders who dominated politics because only they could provide security and access to basic necessities like food, water, electricity and medical supplies. As a result, the people needed the warlords who in turn could do as they pleased, confident that the masses would be forced to vote for them in the sham elections—and generally do their bidding. Once the United States changed its strategy, the power of the militias and the insurgents was sundered. They could no longer control the people, and the people did not have to rely on them for protection. Instead, they could turn to the Americans and to Iraq’s own rebuilt security forces.

The impact was both dramatic and profound. It produced the rapid suppression of Iraq’s civil war and the equally sudden emergence of real democratic politics. As I wrote in the pages of this journal in the fall of 2009, once the people of Iraq were not dependent on the warlords, they were able to vote based on their hopes, not their fears. It was amazing to watch how quickly this took hold.

The result was provincial elections in early 2009 that crippled the militia-based parties and rewarded nationalists, technocrats and secularists. The primary beneficiary was Prime Minister Nuri al-Maliki, who was then seen by a wide swath of Iraqis as a truly national figure. Al-Maliki had risen to the occasion provided by the surge and smashed the worst of the militias, particularly in March 2008 when he ordered Operation Charge of the Knights, which drove the Sadrist Jaish al-Mahdi militia from Basra. Across the board, the forces of anarchy were routed, disgraced and marginalized. Moreover, with the fear of violence gone, the people demonstrated that they could and would redistribute power through elections. That was a rude awakening for many of Iraq’s political leaders, who had taken for granted their control of the people through violence. They were now forced to scramble to learn how to play and win at democratic politics. The militias became political parties and, for the first time ever, they had to figure out how to deliver goods and services to the people—their constituents—rather than simply figuring out how to take as much as they could by force or graft.

This trend culminated in the March 2010 national elections, in which Iraqis voted overwhelmingly for the two parties/coalitions they saw as the most nationalist and secular and the least sectarian and beholden to the old militias: former interim prime minister Ayad Allawi’s Iraqiya and al-Maliki’s State of Law. Although Iraqiya was largely Sunni and State of Law largely Shia, to average Iraqis they represented progressive, secular politics focused on rebuilding the country’s government and economy. Of equal importance, they were free of the taint of the militias and the civil war. Between them, they captured 180 of the 325 seats in the Iraqi parliament, reflecting a tremendous victory for democracy. That’s when the problems began to reemerge.

THE ELECTION handed Ayad Allawi’s Iraqiya coalition a narrow 91–89 vote victory over al-Maliki’s State of Law coalition. Al-Maliki was stunned. His advisers had assured him that he would win and win big, just as he had in the 2009 provincial elections. Despite clean bills of health from the UN and various watchdog groups, al-Maliki and his camp insisted that the vote had been rigged—by someone, maybe even the Americans (which was most ridiculous of all since a great many senior U.S. officials were actually hoping he would win).

Al-Maliki was not about to go gently into that good night, and Iraq’s murky constitution furnished a path. The constitution does not specify whether the party that won the most votes gets the first chance to form a government, although this is common practice in most (but not all) parliamentary systems. So al-Maliki demanded that Iraq’s high court make a ruling. The country’s chief justice, Medhat al-Mahmoud, eventually issued a weak opinion that helped no one and nothing, least of all Iraq’s long-term democratic development. He argued the constitution was consistent with the idea that the party that received the most votes had first dibs on forming a government, but it was also consistent with the notion that this honor could go to whichever group was able to informally put together a governing coalition after the election. This exceptionally ineffective ruling has not only paralyzed Iraqi politics today but also set a horrendous precedent for future elections.

Then it was Washington’s turn to screw up—again. At that moment, probably the best thing that the United States could have done would have been to set the chief justice’s ambiguous ruling aside and, in concert with the UN, announce that what was best for Iraqi democracy in the long term was to allow the party that received the most votes in the election to have the first chance to form a government. If that party failed within the thirty days allotted by the constitution, the party with the next-largest number of votes would get its chance. Thus, Iraqiya would have been first up to bat, and had it failed (as al-Maliki’s people insisted it would), then State of Law would have had its go. Instead, the United States and the UN took no official position and threw Iraq into political chaos. 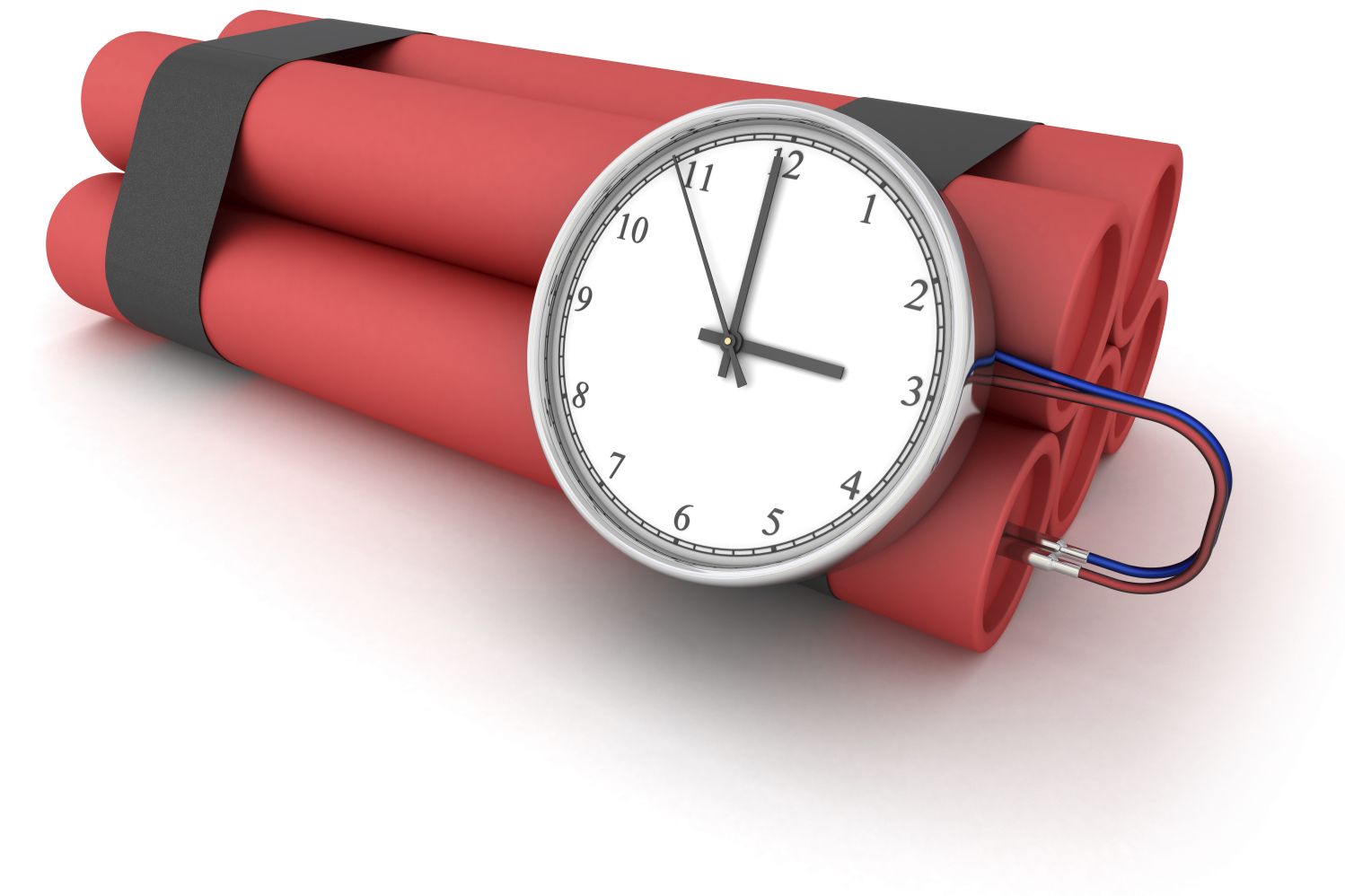