Second, Spengler makes a powerful point when he says these are not characteristics and developments found in ascendant civilizations. On the contrary, many are signs of cultural and societal decadence and decline. Although the hallowed Idea of Progress has shrouded this truth from Western society, the reality is clear: the Western cultural decline, as understood and predicted by Spengler, is now complete. In our time, the late Jacques Barzun said it well when he wrote that our age

sees no clear lines of advance. The loss it faces is that of Possibility. The forms of art as of life seem exhausted, the stages of development have been run through. Institutions function painfully. Repetition and frustration are the intolerable result.

Third, Spengler’s rejection of the notion of a universal culture provides provocative fodder for Western thinking at a time when that notion is embraced widely as a bedrock of American politics. Some scholars of our era have echoed Spengler’s view on this, most notably the French intellectual Fernand Braudel and, more significantly, Samuel Huntington, the late Harvard professor often heralded as among the greatest of his generation’s political scientists. Citing Spengler, Huntington denounced “the myopic view of history prevailing in the West with its neat division into . . . phases relevant only to the West.” And he rejected the “widespread and parochial conceit that the European civilization of the West is now the universal civilization of the world.” In his famous book The Clash of Civilizations and the Remaking of World Order, Huntington quotes with approval Braudel’s comment that it almost would “be childish” to think that modernization or the “triumph of civilization in the singular” would lead to the end of the plurality of historic cultures developed over centuries.

This outlook led to Huntington’s famous thesis that the post–Cold War world was moving into a period of civilizational clash in which the cultural passions of distinct civilizations would shape the great geopolitical fault lines of our time. Since Huntington posited his thesis in 1993, unfolding events would seem to have confirmed his provocative perception. And yet his thinking has been largely rejected by foreign-policy intellectuals in favor of the universalist concepts of such intellectuals as Fukuyama, whose End of History formulation has been exposed by subsequent events as little more than an intellectual confection. The fate of the two outlooks in the intellectual arena reflects the power of the prevailing view of Western universalism and its progenitor, the Idea of Progress.

Thus, it isn’t difficult to see why Spengler doesn’t resonate in today’s America or the West more generally, with their embrace of the Idea of Progress and the doctrine of Eurocentrism. Nor is it difficult to see why Spengler’s Cycles of History would spur yawns in societies that have come to revere—and see as progress—all the elements of the civilizational ethos foreseen by Spengler and identified by him as hallmarks of cultural decline.

NONE OF this was lamented by Spengler as he peered into the West’s civilizational future. Nor did he lament the age of Western imperialism and the decline of democratic structures that he also saw on the horizon. These too were simply inevitable consequences of the natural developmental cycles through which the West was passing. Indeed, as a product of the West he thrilled to the idea of its culminating phase of power and glory.

But modern Westerners—and Americans in particular—might want to ponder the implications of Spengler’s prediction that the first nation of the West would lead that civilization into an era of imperialism in corollary with serious erosions in its democratic structures. Is it possible that the mystical German thinker was right about that, just as he was right in so many other predictions regarding Western behavioral and cultural patterns? And isn’t the great foreign-policy debate of our time—whether America should continue its post–Cold War policy of interventionism in the name of American exceptionalism and Western universalism; or whether it should abandon that mission in favor of a more measured exercise of its military and economic power—fundamentally a debate over whether Spengler had it right?

What’s interesting about today’s foreign-policy debates is the disconnection between the country’s national leaders and the populace at large. The Republican Party is dominated by a neoconservative sensibility that favors widespread American involvement in overseas places such as Iraq, Afghanistan, Libya, Syria and Iran, while the Democratic Party is influenced heavily by a Wilsonian sensibility of moral imperative that often leads to the same interventionist advocacy, though sometimes for different reasons. And yet public-opinion surveys show that the American people harbor strong reservations about such interventionist vigor of either stripe.

Thus, it sometimes seems as if America is on autopilot as it moves haltingly but with seemingly inexorable force toward ever-greater involvement in the world even as discomfort increases within the electorate. But what about Spengler’s corollary prediction that the West’s democratic forms will erode as it fulfills its civilizational push to empire? Certainly, there is no popular sentiment for such a thing. Yet here too we see signs that the country is headed in that direction, reflected in a growing tendency toward arrogation of power on the part of the nation’s executive, at the expense of Congress, and Congress’s supine acquiescence in this trend. It’s seen also in the Federal Reserve’s remarkable power grab of recent years whereby it has circumvented the congressional appropriations process in making funds available to banks to execute its “quantitative easing” policies of loose money. Again, Congress has quietly accepted this incursion into its constitutional domain without so much as a whimper.

And so we come to the truly haunting question that confronts America in these times of growing global instability—whether, as the last nation of the West, America is destined to fulfill Spengler’s vision of hegemonic zeal mixed with a push toward dictatorship. Here’s where the natural aversion to Spengler’s dogmatic determinism will likely come into play. The answer is no, America’s future is in American hands. But Spengler’s audacious work stands as a great warning to Americans bent on protecting the hallowed civic institutions established at the founding of their Republic. The era of Western cultural health is dead, and it died pretty much as Spengler predicted it would. And no doubt his study of previous great civilizations did in fact accurately identify pressures and forces that emerge at particular points in civilizational development and push toward empire and Caesarism. This push can be resisted by a free people dedicated to the protection of their institutions of old. But they won’t be protected if events are placed on autopilot. The American impulse toward imperialism will prevail if it is not rebuffed consciously by the American people and their leaders. And if it prevails it will leave a tattered democratic republic in its wake. Then Oswald Spengler will have the last laugh.

Robert W. Merry is editor of The National Interest and an author of books on American history and foreign policy, including Sands of Empire: Missionary Zeal, American Foreign Policy, and the Hazards of Global Ambition (Simon & Schuster, 2005), from which portions of this article were adapted. 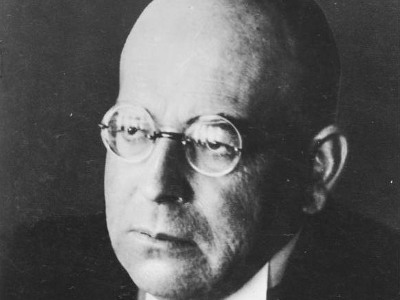