There may be plenty of people like that operating in Syria. So it behooves U.S. officials to recall the core purposes of engaging armed actors. One is to support moderate voices and undercut rabid extremists and the greediest warlords. Another is to make clear the limits of what can be achieved by the gun and to encourage a return to politics. By debating, arguing from experience elsewhere and asking awkward questions, it is possible to open the eyes of blinkered militants—a classic tool of good diplomacy. A third goal is to split the leadership or entice it to think and act politically so a negotiated transition can have a chance. The most basic message is this: terrorism and armed struggle cannot get you what you say you want, but politics can. It is this approach that has eventually prevailed as successive British governments and international mediators grasped the Northern Ireland nettle. This is also the approach pursued almost invisibly by various third parties that have successfully pushed the paramilitary group ETA to abandon the violent pursuit of Basque national aspirations.

This logic applies equally to violent transitions that threaten regimes we do not like. Policy toward such places as Cambodia, Zimbabwe, Burma, Angola, Sudan and Kosovo required a similar calculus about how much and what kinds of support to offer opposition groups. In Cambodia and Angola, U.S. officials had few illusions about the character and conduct of the Khmer Rouge and Unita, respectively, and they did not entertain ideas of their achieving an outright military “win.” Where they faced both armed and nonviolent groups, as in Kosovo, an effort was made to walk a fine line—recognizing the critical role played by the men with the guns while also taking steps to include those employing peaceful and nonviolent methods. There are important lessons for Syria here. Trying to avoid relations with armed groups actually marginalizes us more than them, a point that applies even to the more radical elements of any opposition movement.

On the other hand, it matters what roles armed groups are permitted to play in an eventual negotiation process. Unless they are somehow defeated or marginalized by civilian leadership, armed groups will assert their right to be at the table on matters affecting security, cease-fires, external military monitoring, future force configurations and disarmament. These are topics on which armed groups have a direct “professional” stake and on which their buy-in is essential. Furthermore, they are unlikely to cooperate unless they get credible answers on their priority security concerns: Who will guarantee an agreement and assure that others respect their commitments? What remedies will be available to one faction if others cheat? Libya illustrates what can happen when there is no authoritative, binding understanding about the intricate process by which a successor regime achieves a monopoly on the use of armed force.

Having recognized their role in the negotiation of security issues, however, it is imperative that armed groups not be allowed to dominate other items on the agenda of a negotiated transition. Issues such as election monitoring, refugee return, freedom of assembly and speech, economic reconstruction and the administration of justice are rightly in the purview of civil-society actors and political parties at the negotiating table. This is easier said than done, however, as long as groups of contending armed men are in a position to intimidate or coerce other players.

The point is that negotiation is a process in which issues need to be sequenced. Giving militarized groups—especially ones organized along regional or sectarian lines—a direct role in shaping the terms of political change and writing a new constitution is a dangerous approach. It encourages armed actors to entrench their positions permanently and block the emergence of a civil order. The experience of Bosnia after Dayton illustrates the pitfalls of guaranteeing sectarian or nationalist militants a power base from which to make political demands. The lesson here is to detach the immediate transition arrangements, in which power is inevitably shared, from the next phase, in which political roles are defined constitutionally. The negotiation of peace in Syria must be distinct from the negotiation of its first post-Assad constitution.

AS DIRK Vandewalle argued recently in Foreign Affairs, Libya’s new elites are benefiting from the fact that Muammar el-Qaddafi destroyed any institutions he inherited and essentially built none that were left behind after he was murdered. Syria, however, has a variety of important civic institutions, including its administrative apparatus and its “deep state,” along with the personnel who staff them. These will be important subjects in the coming negotiation. Some observers critical of U.S. restraint in supporting the armed opposition imagine a scenario of outright rebel military victory and complete regime collapse. Under this line of thinking, the opposition is winning and ought not to have “victory” snatched away by some form of diplomatic intervention.

But there is a difference between battlefield success and the creation of a positive transition to a post-Assad era. Syrians themselves witnessed Iraq following the U.S. invasion and probably do not want to see Assad’s defeat translate into a similar chaotic vacuum of contending factional militias. It is for the emerging Syrian leadership to determine which agencies and institutions should be retained to assure continuity of governance and what sort of lustration process should be established to vet Assad-era personnel. If a chaotic vacuum or the outright breakup of the country is to be avoided, those issues will need to be negotiated with representatives of the state. Thus, the role of externally led diplomacy is to seize the window of opportunity created by the changed military balance and to support a negotiated transition. Diplomacy and military power must work hand in glove—they are not opposites or alternatives.

Assad and his coterie will be defeated and depart the political arena—under house arrest, in exile or horizontally. Brahimi is right to come out publicly to clarify that Assad’s contribution to peace must be to depart the scene. That is because he and those through whom he wages war on his people have forfeited any claim to power, however modified or limited. They will be fortunate indeed if they manage to avoid Qaddafi’s fate or a trial at the International Criminal Court. Such scenarios—and others like them when leaders flee, as in Haiti, Ethiopia, Liberia or the Philippines—illustrate one part of the spectrum of regime transitions. At the other end of the spectrum are Burma and South Africa, where open warfare was preempted by farsighted leaders capable of negotiating and managing change. It is probably too late for a Syrian equivalent of Thein Sein to come forward and reach out to opposition forces. And, just as there are no Mandelas in most violent scenarios, there also are few F. W. de Klerks capable of seeing the long-term interests of their core constituency.

Viewed in this light, a negotiated transition settlement is not an alternative to battlefield victory. It is the way to exploit and follow up on military success and the creation of a coherent political opposition. To be sure, negotiations do not always succeed, and their successes are often short-lived. It will be difficult to integrate the various neighbors, the UN–Arab League process and the U.S.-Russian track into a framework that supports talks between the Syrian National Coalition leaders and elements of the state administration. It will be ambitious to devise credible external guarantees or peacekeeping monitors to provide necessary assurances as the transition unfolds.

Clearly, we are not there yet. This is a time for pre-negotiation and ripening the situation diplomatically—through assistance and sanctions pressures, by investing in our knowledge of the parties and by keeping alive a possible framework for negotiation when the time comes. Both the regime and the opposition have serious problems, and neither is in a position to deliver a knockout punch. But things could change quite suddenly. Finding the right moment to accept or solicit Russian support for a transition package will call for skilled statecraft. Such diplomacy entails risks. But diplomatic experience suggests that this way of thinking is more realistic, in the best sense of the term, than the alternatives: letting nature take its course or trying to pick a winner from within the sectarian bouillabaisse and hoping for the best. 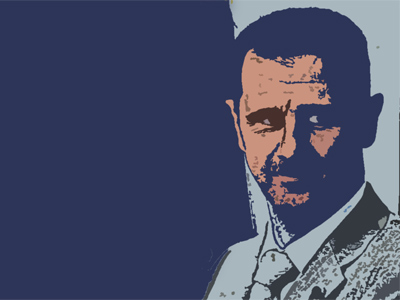