Troubled empire or not, the United States exhibits as much nationalism as anyone else—even though Americans do not call it nationalism. More often it is termed “American exceptionalism,” which carries the connotation not just of assertion of national identity and values but also of being something bigger and better than anyone else’s nationalism. Exceptionalism is what the citizens of a superpower get to call their own nationalism.

The United States also is part of the worldwide trend of increased and intensified nationalism during the past quarter century. Politically, this has partly taken the form of one of the two major U.S. parties moving away from the internationalism and realism of Eisenhower and Nixon in favor of a foreign policy of neoconservatism, the most muscular expression of American exceptionalism. A perceptive analyst of American nationalism, Anatol Lieven, suggests that this party can now most appropriately be called the American Nationalist Party. The trends involved are not limited to one side of the political spectrum, however; they are reflected in prevailing American habits and attitudes ranging from the wearing of flag pins on lapels to unquestioningly imputing goodness to a wide range of U.S. actions overseas simply because it is the United States that is doing them.

The intensity of American nationalism points to the chief prescriptive implications of living in the nationalist era, which come under the heading of knowing oneself. Americans should understand how much their own first inclinations for interacting with the rest of the world stem from the same kind of nationalist urges that underlie inclinations in other countries, however much the American version is portrayed differently by affixing the label of exceptionalism. They should bear in mind that first inclinations and urges are not always in the best interest of the nation that is the object of their affection and attachment. U.S. policy makers should be continually conscious of how U.S. actions may step on someone else’s nationalist sentiments, eliciting the sort of counteractions that almost always are elicited when competing nationalist perspectives confront each other.

In assessing sundry problems overseas and how to deal with them, one of the first questions that should be asked is how a problem reflects nationalist sensibilities and ambitions, of masses as well as elites, in other countries. The resulting perspective is more apt to yield sound, policy-relevant insights than is a vision of transnational contests between good and evil, between moderates and extremists, or between democrats and autocrats. Sometimes the policy implication may be for the United States to do less; other times it may be to do more—as perhaps, for example, with the Israeli-Palestinian conflict, where a two-state solution appears increasingly out of reach but where a one-state formula seems inconsistent with the strong nationalist aspirations of both sides.

No single model of the world can generate an all-purpose grand strategy. But the best fit for the nationalist era is a pragmatic realism that takes as the basic ingredient of global affairs the sometimes conflicting and sometimes parallel interests of individual nation-states—while recognizing the power that can be generated by nationalist sentiments within nation-states. 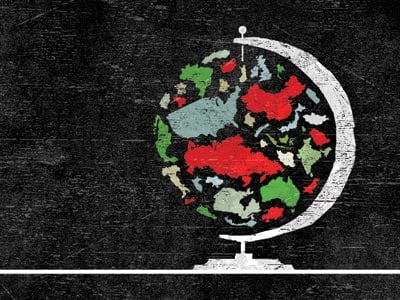