TO HIS credit, Angell deplored the harsh settlement that emerged at Versailles. Like Keynes, he viewed it as counterproductive—why should American goods rot in docks because Germans were arbitrarily rendered unable to pay for them? The notion that an indemnity should be demanded was precisely what he had always opposed in arguing that war should not pay. His book The Peace Treaty and the Economic Chaos of Europe was written with his characteristic asperity. By June 1929, Angell had become a Labour MP, but he never achieved the high office he had hoped for from Prime Minister Ramsay MacDonald. In 1931, his rehabilitation continued with a knighthood conferred upon him by King George V. Next came the bestowal of the Nobel Peace Prize in 1933—the year Hitler and the Nazis came to power.

Reflecting his new views on international power politics, Angell confronted the Nazi threat head-on. He did not indulge in the illusions of the British Left or Right, which embraced malignant forms of pacifism or appeasement. Angell became increasingly convinced of the need to stop Nazi aggression. And, departing from his pre–World War I outlook, he now embraced the idea of collective security. War could result, he argued, from the failure of well-intentioned policies. He noted in his Nobel address:

In England at this moment there is a considerable section of the press systematically opposing the League of Nations on the ground that it would involve Great Britain in the risk of war. There is no reason whatever to suppose that these protagonists of isolationism are insincere in their professions of desire for peace. One of these groups has just organized a war museum for the direct purpose of bringing home to the public an intensified horror of war as an argument against the League. If their policy of destroying the League should ultimately produce war, it is not their intention which would be at fault, but their judgment; not their aims, but their calculations as to the means by which the end may be obtained.

But of course collective security was no panacea. In 1936, Hitler’s reoccupation of the Rhineland and Mussolini’s invasion of Abyssinia delivered a brutal buffeting to the League of Nations, which proved wholly ineffectual in stopping the dictators. Once again, Angell adjusted his views. As a result, writes Martin Ceadel, “Angell’s message was becoming increasingly realist in tone. . . . he was more concerned than ever before with the distribution of international power.” Angell established close ties with his former detractor Winston Churchill and inveighed against the dismantling of the British Empire, departing from a position he had previously trumpeted. Now Angell saw the empire as a vital force for stability abroad. Besides, he now believed that England had “an interest in the preservation of order in the area it covers.” At the same time, the British economy would be threatened if other countries claimed its resources. This, too, was diametrically opposed to his earlier contention that the assets of a country could not be profitably deployed against it. He attacked both Tory and Labour Party appeasers of Nazism and battled with the mendacious left-wing diplomat and historian E. H. Carr, who hailed the 1938 Munich agreement in his book The Twenty Years’ Crisis. In it Carr also loftily dismissed the “utopians” such as Angell who failed to understand what “realists” understood. But who was truly realistic about the Nazis? “For the final eighteen months of peace,” Ceadel writes, Angell “was to be an outspoken critic not only of the Chamberlain government for its appeasement policy but also of the Labour Party for its hostility to a popular front.”

He also insisted that it was essential to make common cause with Russia against the Nazi menace. Sounding like the ultimate realist, he said, “We are not concerned with the internal policy of a nation—we don’t care whether it is Fascist or Communist. What we are concerned with is its external policy.” During World War II, he championed the cause of the Western Allies. His metamorphosis was almost complete. After World War II, while Angell supported creation of the United Nations, he also became something of a cold warrior, warning of the “frightening communist conquest of the human mind” and favoring a close cooperation between America and England against the Soviet threat. In his autobiography After All, which appeared in 1951, Angell complained about the “tendency of Liberals and the Left to subject Churchill to savage attacks while completely exonerating Russia” and to ignore the “doctrinal fanaticism of the Communist creed.” A particular Angell bugbear was Colonel Robert McCormick, the tyrannical Chicago Tribune publisher who opposed cooperation with the British and preached isolationism even during the Truman years. Angell placed him at the head of what he called the “professional Anglophobes”—the antediluvian remnant of isolationist American conservatives who believed that America was doing the bidding of Britain in opposing totalitarianism abroad.

ALTHOUGH ANGELL altered his own theories as he went along, his early belief in economic interdependence remains a powerful credo. Today the players may be different, but the realities of global competition are the same as ever. And the debates about them have not changed much either. China is a boisterous rising power that is challenging the international system, much as Wilhelmine Germany once did. What’s more, America is eyeing China’s rise with a wariness reminiscent of Britain’s at the turn of the last century. Japan, long an adherent of pacifism, is now beefing up its military in an effort to safeguard its security. This time, the potential for a military clash between China and the West, with Japan in the mix, is improbable, an exercise in futility and in no one’s interest, particularly given the economic interdependence of these nations. Or is it?

Angell I would have said that any move toward war would be self-defeating and hence improbable. But Angell II likely would have acknowledged the military threat that China poses and adopted a more cautious stance. Though he does not provide a road map to the present, he was one of the first modern, sweeping theorists of international relations. The next thinker to have a similar impact was George F. Kennan. Then, at the end of the Cold War, Francis Fukuyama, in the pages of The National Interest, offered a modified version of Angell’s initial thesis, suggesting that history was coming to an end and detecting the “ineluctable spread of consumerist Western culture.” That proved premature as atavistic forces in Afghanistan and elsewhere rose up. Great-power competition has not disappeared. Nor have borders. Angell’s career provides an object lesson, not in the absurdity of liberal internationalism but, rather, in its limitations. He was a Davos man before Davos men even existed, but he gradually came to acknowledge the truths that many of his intellectual descendants continue to resist. 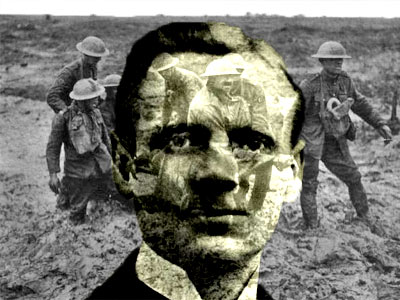