The Congressional Budget Office projects persistent U.S. budget deficits for the next twenty-five years—even under its optimistic “baseline” scenario—and it warns of plausible alternatives in which total federal debt would exceed 100 percent of GDP by 2023 and 190 percent of GDP by 2035. State and local governments are hurting too, which means less money for roads, bridges, schools, law enforcement and the other collective goods that help maintain a healthy society.

The financial meltdown also undermined an important element of America’s “soft power,” namely, its reputation for competence and probity in economic policy. In the 1990s, a seemingly robust economy gave U.S. officials bragging rights and made the “Washington Consensus” on economic policy seem like the only game in town. Thomas Friedman (and other popular writers) argued that the rest of the world needed to adopt U.S.-style “DOScapital 6.0” or fall by the wayside. Yet it is now clear that the U.S. financial system was itself deeply corrupt and that much of its economic growth was an illusory bubble. Other states have reason to disregard Washington’s advice and to pursue economic strategies of their own making. The days when America could drive the international economic agenda are over, which helps explain why it has been seventeen years since the Uruguay Round, the last successful multilateral trade negotiation.

The bottom line is clear and unavoidable: the United States simply won’t have the resources to devote to international affairs that it had in the past. When the president of the staunchly internationalist Council on Foreign Relations is penning articles decrying “American Profligacy” and calling for retrenchment, you know that America’s global role is in flux. Nor can the United States expect its traditional allies to pick up the slack voluntarily, given that economic conditions are even worse in Europe and Japan.

The era when the United States could create and lead a political, economic and security order in virtually every part of the world is coming to an end. Which raises the obvious question: What should we do about it?

THE TWILIGHT of the American Era arrived sooner than it should have because U.S. leaders made a number of costly mistakes. But past errors need not lead to a further erosion of America’s position if we learn the right lessons and make timely adjustments.

Above all, Washington needs to set clear priorities and to adopt a hardheaded and unsentimental approach to preserving our most important interests. When U.S. primacy was at its peak, American leaders could indulge altruistic whims. They didn’t have to think clearly about strategy because there was an enormous margin for error; things were likely to work out even if Washington made lots of mistakes. But when budgets are tight, problems have multiplied and other powers are less deferential, it’s important to invest U.S. power wisely. As former secretary of defense Robert Gates put it: “We need to be honest with the president, with the Congress, with the American people . . . a smaller military, no matter how superb, will be able to go fewer places and be able to do fewer things.” The chief lesson, he emphasized, was the need for “conscious choices” about our missions and means. Instead of trying to be the “indispensable nation” nearly everywhere, the United States will need to figure out how to be the decisive power in the places that matter.

For starters, we should remember what the U.S. military is good for and what it is good at doing. American forces are very good at preventing major conventional aggression, or reversing it when it happens. We successfully deterred Soviet ambitions throughout the long Cold War, and we easily reversed Iraq’s invasion of Kuwait in 1991. The U.S. naval and air presence in Asia still has similar stabilizing effects, and the value of this pacifying role should not be underestimated.

By contrast, the U.S. military is not good at running other countries, particularly in cultures that are radically different from our own, where history has left them acutely hostile to foreign interference, and when there are deep ethnic divisions and few democratic traditions. The United States can still topple minor-league dictators, but it has no great aptitude for creating stable and effective political orders afterward.

It follows that the United States should eschew its present fascination with nation building and counterinsurgency and return to a grand strategy that some (myself included) have labeled offshore balancing.2 Offshore balancing seeks to maintain benevolent hegemony in the Western Hemisphere and to maintain a balance of power among the strong states of Eurasia and of the oil-rich Persian Gulf. At present, these are the only areas that are worth sending U.S. soldiers to fight and die in.

Instead of seeking to dominate these regions directly, however, our first recourse should be to have local allies uphold the balance of power, out of their own self-interest. Rather than letting them free ride on us, we should free ride on them as much as we can, intervening with ground and air forces only when a single power threatens to dominate some critical region. For an offshore balancer, the greatest success lies in getting somebody else to handle some pesky problem, not in eagerly shouldering that burden oneself.

To be more specific: offshore balancing would call for removing virtually all U.S. troops from Europe, while remaining formally committed to NATO. Europe is wealthy, secure, democratic and peaceful, and it faces no security problems that it cannot handle on its own. (The combined defense spending of NATO’s European members is roughly five times greater than Russia’s, which is the only conceivable conventional military threat the Continent might face.) Forcing NATO’s European members to take the lead in the recent Libyan war was a good first step, because the United States will never get its continental allies to bear more of the burden if it insists on doing most of the work itself. Indeed, by playing hard to get on occasion, Washington would encourage others to do more to win our support, instead of resenting or rebelling against the self-appointed “indispensable nation.”

In the decades ahead, the United States should shift its main strategic attention to Asia, both because its economic importance is rising rapidly and because China is the only potential peer competitor that we face. The bad news is that China could become a more formidable rival than the Soviet Union ever was: its economy is likely to be larger than ours (a situation the United States has not faced since the nineteenth century); and, unlike the old, largely autarkic Soviet Union, modern China depends on overseas trade and resources and will be more inclined to project power abroad.

The good news is that China’s rising status is already ringing alarm bells in Asia. The more Beijing throws its weight around, the more other Asian states will be looking to us for help. Given the distances involved and the familiar dilemmas of collective action, however, leading a balancing coalition in Asia will be far more difficult than it was in Cold War Europe. U.S. officials will have to walk a fine line between doing too much (which would allow allies to free ride) and doing too little (which might lead some states to hedge toward China). To succeed, Washington will have to keep air and naval forces deployed in the region, pay close attention to the evolving military and political environment there, and devote more time and effort to managing a large and potentially fractious coalition of Asian partners.

Perhaps most importantly, offshore balancing prescribes a very different approach to the greater Middle East. And prior to 1991, in fact, that’s exactly what we did. The United States had a strategic interest in the oil there and a moral commitment to defending Israel, but until 1968 it mostly passed the buck to London. After Britain withdrew, Washington relied on regional allies such as Iran, Saudi Arabia and Israel to counter Soviet clients like Egypt and Syria. When the shah fell, the United States created the Rapid Deployment Joint Task Force (RDJTF) but did not deploy it to the region; instead, it kept the RDJTF over the horizon until it was needed. Washington backed Iraq against Iran during the 1980s, and the U.S. Navy escorted oil tankers during the Iran-Iraq War, but it deployed U.S. ground and air forces only when the balance of power broke down completely, as it did when Iraq seized Kuwait. This strategy was not perfect, perhaps, but it preserved key U.S. interests at minimal cost for over four decades.

Unfortunately, the United States abandoned offshore balancing after 1991. It first tried “dual containment,” in effect confronting two states—Iran and Iraq—that also hated each other, instead of using each to check the other as it had in the past. This strategy—undertaken, as the National Iranian American Council’s Trita Parsi and Brookings’ Kenneth Pollack suggest, in good part to reassure Israel—forced the United States to keep thousands of troops in Saudi Arabia, sparking Osama bin Laden’s ire and helping fuel the rise of al-Qaeda. The Bush administration compounded this error after 9/11 by adopting the even more foolish strategy of “regional transformation.” Together with the “special relationship” with Israel, these ill-conceived approaches deepened anti-Americanism in the Middle East and gave states like Iran more reason to consider acquiring a nuclear deterrent. It is no great mystery why Obama’s eloquent speeches did nothing to restore America’s image in the region; people there want new U.S. policies, not just more empty rhetoric. 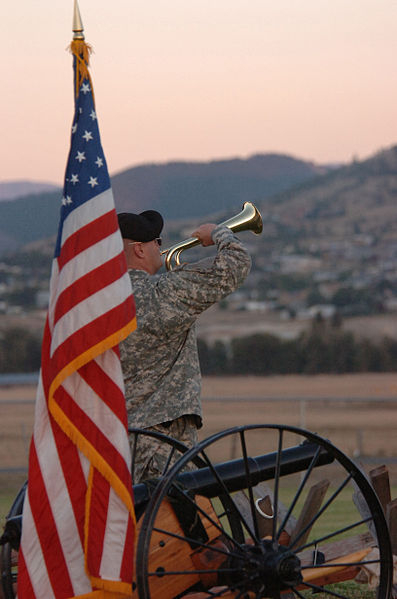