THE COMMON wisdom holds that the GOP 2016 presidential race will boil down to a joust between the “establishment” and the “insurgents.” The former will allegedly be more moderate and the latter more conservative. Since most polls for two decades have shown that around two-thirds to 70 percent of self-described Republicans call themselves conservative, this elite narrative will focus on just how much the establishment candidate will need to be pulled to the right in order to fend off his insurgent challenger. And since the Tea Party has clearly become a vocal and powerful insurgent element in the GOP, the narrative will focus on two other questions: Who will gain Tea Party favor and emerge as the insurgent candidate? And can the establishment candidate escape becoming Tea Partyized during the primary season and therefore remain a viable general-election candidate?

The common wisdom has the advantage of being a neat, coherent and exciting story. It also allows political journalists to do what they like to do most, which is to focus on the personalities of the candidates and the tactics they employ. It has only one small problem. It is wrong.

Exit and entrance polls of Republican primaries and caucuses going back to 1996 show that the Republican presidential electorate is remarkably stable. It does not divide neatly along establishment-versus-conservative lines. Rather, the GOP contains four discrete factions that are based primarily on ideology, with elements of class and religious background tempering that focus. Open nomination contests during this period are resolved first by how candidates become favorites of each of these factions, and then by how they are positioned to absorb the voting blocs of the other factions as their favorites drop out.

Analysts and advisers who understand this elemental map of the Republican electorate will be better positioned to navigate the shoals of the Republican nominating river and bring one’s favored candidate safely home to port.

The most important of these groups is the one most journalists don’t understand and ignore: the somewhat conservative voters. This group is the most numerous nationally and in most states, comprising 35–40 percent of the national GOP electorate. While the numbers of moderates, very conservative and evangelical voters vary significantly by state, somewhat conservative voters are found in similar proportions in every state. They are not very vocal, but they form the bedrock base of the Republican Party.

They also have a significant distinction: they always back the winner. The candidate who garners their favor has won each of the last four open races. This tendency runs down to the state level as well. Look at the exit polls from virtually any state caucus or primary since 1996 and you will find that the winner received a plurality of or ran roughly even among the somewhat conservative voters.

These voters’ preferred candidate profile can be inferred from the characteristics of their favored candidates: Bob Dole in 1996, George W. Bush in 2000, John McCain in 2008 and Mitt Romney in 2012. They like even-keeled men with substantial governing experience. They like people who express conservative values on the economy or social issues, but who do not espouse radical change. They like people who are optimistic about America; the somewhat conservative voter rejects the “culture warrior” motif that characterized Pat Buchanan’s campaigns. They are conservative in both senses of the word; they prefer the ideals of American conservatism while displaying the cautious disposition of the Burkean.

The moderate or liberal bloc is surprisingly strong in presidential years, comprising the second-largest voting bloc with approximately 25–30 percent of all GOP voters nationwide. They are especially strong in early voting states such as New Hampshire (where they have comprised between 45 and 49 percent of the GOP electorate between 1996 and 2012), Florida and Michigan. They are, however, surprisingly numerous even in the Deep South, the most conservative portion of the country. Moderates or liberals have comprised between 31 and 39 percent of the South Carolina electorate since 1996, outnumbering or roughly equaling very conservative voters in each of those years.

Moderate and liberal voters prefer someone who is both more secular and less fiscally conservative than their somewhat conservative cousins. In 1996, for example, they preferred Tennessee senator Lamar Alexander over Bob Dole. In 2000, they were the original McCainiacs, supporting a candidate who backed campaign-finance regulation, opposed tax cuts for the top bracket and criticized the influence of Pat Robertson. In 2008, they stuck with McCain, giving him their crucial backing in New Hampshire and providing his margin of victory in virtually every state. In 2012, they began firmly in Ron Paul’s or Jon Huntsman’s camp. Paul and Huntsman combined got 43 percent of their vote in Iowa and 50 percent in New Hampshire. Once it became clear that their candidates could not win, however, the moderate or liberal faction swung firmly toward Romney in his fights with Newt Gingrich and Rick Santorum.

This latter movement is perhaps most indicative of their true preferences. The moderate or liberal voter seems motivated by a candidate’s secularism above all else. They will always vote for the Republican candidate who seems least overtly religious and are motivated to oppose the candidate who is most overtly religious. This makes them a secure bank of votes for a somewhat conservative candidate who emerges from the early stages of the primary season in a battle with a religious conservative, as occurred in 1996, 2008 and 2012.

The third-largest group is the moderates’ bête noire: the very conservative evangelicals. This group is small compared to the others, comprising around one-fifth of all GOP voters. They gain significant strength, however, from three unique factors. First, they are geographically concentrated in Southern and border states, where they can comprise a quarter or more of a state’s electorate. Moreover, somewhat conservative voters in Southern and border states are also likelier to be evangelical, and they tend to vote for more socially conservative candidates than do their non-Southern, nonevangelical ideological cousins. Finally, they are very motivated to turn out in caucus states, such as Iowa and Kansas, and form the single largest bloc of voters in those races.

These factors have given very conservative, evangelical-backed candidates unusual strength in Republican presidential contests. The evangelical favorite, for example, surprised pundits by winning Iowa in 2008 and 2012, and supplied the backing for second-place Iowa finishers Pat Robertson in 1988 and Pat Buchanan in 1996. Their strength in the Deep South and the border states also allowed Mike Huckabee rather than Mitt Romney to emerge as John McCain’s final challenger in 2008, and that strength combined with their domination of the February 7 caucuses in Minnesota and Colorado allowed Rick Santorum to emerge as Romney’s challenger in 2012.

This group prefers candidates who are very open about their religious beliefs, place a high priority on social issues such as gay marriage and abortion, and see the United States in decline because of its movement away from the faith and moral codes of its past. Their favored candidates tend to be economically more open to government intervention. Santorum, for example, wanted to favor manufacturing over services, and Buchanan opposed NAFTA. This social conservatism and economic moderation tends to place these candidates out of line with the center of the Republican Party, the somewhat conservative voter outside the Deep South. Each evangelical-backed candidate has lost this group decisively in primaries in the Midwest, Northeast, Pacific Coast and mountain states. Indeed, they even lose them in Southern-tinged states like Virginia and Texas, where McCain’s ability to win the somewhat conservative voters, coupled with huge margins among moderates and liberals, allowed him to hold off Huckabee in one-on-one face-offs.

The final and smallest GOP tribe is the one that DC elites are most familiar with: the very conservative, secular voters. This group comprises a tiny 5–10 percent nationwide and thus never sees its choice emerge from the initial races to contend in later stages. Jack Kemp and Pete DuPont in 1988; Steve Forbes or Phil Gramm in 1996 and 2000; Fred Thompson or Mitt Romney in 2008; Herman Cain, Rick Perry or Newt Gingrich in 2012: each of these candidates showed promise in early polling but foundered in early races once voters became more familiar with each of the candidates. Secular moderates and somewhat conservative voters preferred candidates with less materialistic, sweeping economic radicalism while very conservative evangelicals went with someone singing from their hymnal. Thus, these voters quickly had to choose which of the remaining candidates to support in subsequent races. 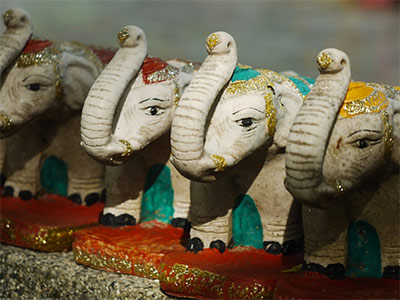