The Myth of a Moderate Obama THE GREATEST myth in American politics today is the view, perpetrated by the Democratic Left and elements of the news media, that Barack Obama is a political moderate. In truth he represents an ideology that is barely within the American mainstream as understood over two and a quarter centuries of political experience. Indeed, the crisis of American politics in our time is a crisis of political deadlock, and it is a deadlock born largely of the president’s resolve to push an agenda for which he has no clear national consensus.

That agenda turns on a number of pivots related mostly to the size and role of government and its level of intrusiveness into the lives of Americans. If Obama has his way through the remainder of his presidency, and he thoroughly intends to, he will leave behind an American polity very different from the one he inherited. But, aided and abetted by news-media acolytes, he has managed to finesse his true domestic intentions. And his intentions, given the political strife they unleash and the threat to fiscal soundness they pose, could seriously undermine America’s standing in the world.

Throughout America’s political history a fundamental fault line has divided those who wish to enhance and aggrandize the power of government and those who fear the abuse of unchecked governmental prerogative. Every citizen with a political consciousness stands on one side or the other of that divide. Those who want more power invested in government are liberals; those who don’t are conservatives. Thus can one determine the fundamental political outlook of his fellow citizens though this one litmus test.

But within the contingent on the liberal side of the fault line can be seen wide variations in the extent to which particular politicians wish to expand and empower government. Some—Bill Clinton, for instance—have been content to operate largely within the power interrelationships they inherited. Others—including Obama—want to infuse government with powers and prerogatives far beyond their previous scope.

In our history, the great opponents of governmental aggrandizement have been Thomas Jefferson, Andrew Jackson, James Polk, Calvin Coolidge and Ronald Reagan. Often citing the Constitution, they fought their adversaries’ efforts to expand governmental power and activity. In the Republic’s early decades, this effort was highly successful. Jefferson pummeled Alexander Hamilton’s political machine, and his opposition to the Hamilton philosophy, carried through by his two successors (James Madison and James Monroe), essentially killed Hamilton’s Federalist Party. Jackson and Polk held at bay the “American System” of Henry Clay, and each in turn thwarted Clay’s presidential ambitions in the 1832 and 1844 elections. Clay’s Whig Party, that era’s big-government institution, brought forth only two elected presidents (both army generals) during its quarter century of existence.

A century later, Coolidge forged a limited-government philosophy into a popular governing salient as he cleaned up the mess left by Woodrow Wilson—who, in taking the country into World War I, greatly expanded governmental authority, bruised the nation’s political sensibilities through unprecedented federal intrusiveness and ruined the economy. Half a century later, Reagan sought to reverse long decades of steady governmental growth set in motion with powerful force by Franklin Roosevelt and pushed further by Lyndon Johnson.

These presidents shared a commitment to low taxes, small government, hard money and strict construction of the Constitution. Jefferson eliminated internal taxes, cut the size of government and reduced the national debt. Jackson reduced tariff rates, actually paid off the national debt (for the first and last time), and vetoed legislation designed to expand the scope of government. Polk cut tariff rates further and established an “independent treasury” designed to maintain currency stability. Coolidge slashed income-tax rates along with governmental expenditures and trimmed the national debt to $17.65 billion from $27 billion. Reagan cut the growth rate in federal domestic spending, acquiesced in a Federal Reserve tight-money regimen that could have destroyed his presidency (but ultimately killed spiraling inflation) and cut the top income-tax rate to 28 percent from 70 percent. All enjoyed substantial popularity (though Polk’s war with Mexico undercut his standing with voters), and all represent a powerful strain of political sentiment in the American tradition.

BUT THERE is another strain much more favorable toward governmental aggrandizement. The great exponents of this philosophy were Wilson, Franklin Roosevelt and Lyndon Johnson. And now Obama. (Abraham Lincoln consolidated federal and executive power with a strong will during the Civil War, but he did so in ways designed to make the consolidations largely temporary.) Wilson’s effort to expand governmental authority came a cropper, as we have seen, through wartime initiatives that upended the economy. The result was a national resolve to return to “normalcy,” which paved the way for Coolidge.

Then came the Great Depression and the ensuing global chaos that spawned World War II. It was a great opportunity to expand the federal government, and FDR grabbed it with zest and contempt for the check-on-government sensibilities of his predecessors. His instrument was the federal income tax, first enacted in 1913. Not only did he jack up the top rate to a confiscatory 91 percent during the war, but he also greatly expanded the number of Americans on the tax rolls—to thirty-nine million from four million—by reducing the personal exemption and lowering the income level at which workers must start paying taxes. Meanwhile, low-end wage earners saw their starting tax rate go up to 24 percent from just 4 percent, according to Burton Folsom Jr. and Anita Folsom of Hillsdale College.

Roosevelt accompanied his economic assault on the nation’s wealthy with a vicious rhetorical attack, railing against “the purblind rich” and their “swollen fortunes.” FDR’s Senate ally, Kentucky’s Democratic senator A. B. “Happy” Chandler, actually suggested that the “government can take everything we have if the government needs it.” Just as Obama’s opponents today object to his “class warfare” rhetoric, FDR’s opponents attacked his “prejudicial class baiting,” as Michigan’s Republican senator Arthur Vandenberg called it.

Roosevelt created a new America with a much larger and more intrusive government. But, after his first reelection victory in 1936 and his court-packing power grab of 1937, voters put a clamp on his New Deal by handing him a big defeat in the 1938 congressional elections. Then thirty years later LBJ sought to build upon the New Deal legacy with his Great Society, promoted in conjunction with the nation’s need to address its unfinished business in civil rights. Richard Nixon continued the Johnson approach in the regulatory realm, in part to further his crucial war aims, but efforts to expand the federal bureaucracy were largely put on hold.

Meanwhile, economic dislocations wrought by unwise fiscal policies in the late 1960s and through the 1970s created an economic crisis that brought Reagan to the White House in 1980, and the political balance of power shifted to the Jefferson-Jackson-Polk-Coolidge philosophy. Bill Clinton began his first presidential term by saying he wanted to “repeal Reaganism,” then began his reelection campaign, after being chastened by voters in the 1994 midterm elections, with the words, “The era of big government is over.”

But there are some important differences between Obama now and Roosevelt then.

First, Obama is seeking to expand the federal government’s reach far beyond anything FDR could accomplish. His “Obamacare” health program inserts the federal government more directly than ever into some 15 percent of the economy. His Dodd-Frank legislation, including the new Consumer Financial Protection Bureau, seeks to regulate financial markets through widespread bureaucratic meddling (a far different approach than FDR’s simpler Glass-Steagall proscriptions on certain financial-institution activities). His cap-and-trade energy legislation, rejected by the Senate in his first term, seems to be back on the agenda, even as he seeks to use government funds to promote a clean-energy industry. And he is employing the country’s regulatory apparatus more aggressively than ever. As David Brooks of the New York Times has written, “Capitalism is just a feeding trough that government can use to fuel its expansion.”

Second, Obama’s zest for power seems to breed a contempt for the legislative and judicial branches of government. Since Congress rejected his cap-and-trade legislation, he has sought to implement much of it through regulatory activity and executive decision making. In unleashing military action in Libya, he stiffed Congress’s constitutional authority in war-making decisions. His drone-warfare efforts have been conducted largely without regard to the sensibilities of Congress. He has entered into a “binding” agreement—a quasi treaty, really—outlining U.S. relations with Afghanistan without seeking congressional consultation, although the Afghan legislature voted on it. He sought to make recess appointments when Congress wasn’t in recess; when a federal court declared three such appointments to the National Labor Relations Board (NLRB) illegal, his NLRB simply ignored the court and proceeded with its agenda.

Third, and perhaps most important, Obama coddles the “middle class” even as he goes after the so-called wealthy. Recall that Roosevelt expanded the number of Americans subject to the income tax, which brought a certain balance to his soak-the-rich tax initiatives. Just about everybody had to pay something. But Obama’s class-baiting takes place in a context in which half of U.S. households don’t pay federal income tax at all. Hence his class assaults drive a powerful wedge between the wealthier citizens, deemed responsible for most of the country’s ills, and the rest of society, who are considered blameless and held harmless. This at a time when the top 1 percent of Americans pay 37 percent of all income taxes, while the top 5 percent pay nearly 60 percent. 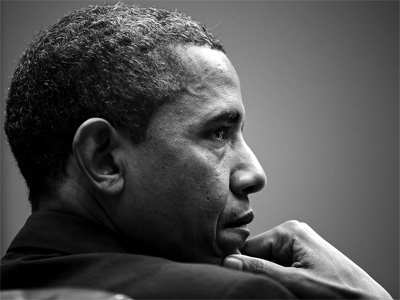 Pullquote: There are some important differences between Obama now and Franklin Delano Roosevelt then.Essay Types: The Realist