AFTER A year and a half of violence and tens of thousands of deaths in Syria, the UN Security Council convened in July 2012 to consider exerting additional international pressure on President Bashar al-Assad. And for the third time in nine months, Russia and China vetoed any moves toward multilateral intervention. Less than two weeks later, Kofi Annan resigned as the joint UN–Arab League special envoy for Syria, lamenting, “I can’t want peace more than the protagonists, more than the Security Council or the international community for that matter.”

Not only have we seen this movie before, but it seems to be on repeat. Instead of a gradual trend toward global problem solving punctuated by isolated failures, we have seen over the last several years essentially the opposite: stunningly few instances of international cooperation on significant issues. Global governance is in a serious drought—palpable across the full range of crucial, mounting international challenges that include nuclear proliferation, climate change, international development and the global financial crisis.

Where exactly is the liberal world order that so many Western observers talk about? Today we have an international political landscape that is neither orderly nor liberal.

It wasn’t supposed to be this way. In the envisaged liberal world order, the “rise of the rest” should have been a boost to global governance. A rebalancing of power and influence should have made international politics more democratic and multilateral action more legitimate, while bringing additional resources to bear. Economic integration and security-community enlargement should have started to envelop key players as the system built on itself through network effects—by making the benefits of joining the order (and the costs of opposing it) just a little bit greater for each new decision. Instead, the world has no meaningful deal on climate change; no progress on a decade-old global-trade round and no inclination toward a new one; no coherent response to major security issues around North Korea, Iran and the South China Sea; and no significant coordinated effort to capitalize on what is possibly the best opportunity in a generation for liberal progress—the Arab Spring.

It’s not particularly controversial to observe that global governance has gone missing. What matters is why. The standard view is that we’re seeing an international liberal order under siege, with emerging and established powers caught in a contest for the future of the global system that is blocking progress on global governance. That mental map identifies the central challenge of American foreign policy in the twenty-first century as figuring out how the United States and its allies can best integrate rising powers like China into the prevailing order while bolstering and reinforcing its foundations.

But this narrative and mental map are wrong. The liberal order can’t be under siege in any meaningful way (or prepped to integrate rising powers) because it never attained the breadth or depth required to elicit that kind of agenda. The liberal order is today still largely an aspiration, not a description of how states actually behave or how global governance actually works. The rise of a configuration of states that six years ago we called a “World Without the West” is not so much challenging a prevailing order as it is exposing the inherent frailty of the existing framework.

This might sound like bad news for American foreign policy and even worse news for the pursuit of global liberalism, but it doesn’t have to be so. Advancing a normative liberal agenda in the twenty-first century is possible but will require a new approach. Once strategists acknowledge that the liberal order is more or less a myth, they can let go of the anxious notion that some countries are attacking or challenging it, and the United States can be liberated from the burden of a supposed obligation to defend it. We can instead focus on the necessary task of building a liberal order from the ground up.

Loyalists are quick to defend the concept of a robust liberal order by falling back on outdated metrics of success. The original de minimis aims of the postwar order achieved what now should be considered a low bar: preventing a third world war and a race-to-the-bottom closure of the global-trade regime. Beyond that, the last seventy years have certainly seen movement toward globalization of trade and capital as well as some progress on human rights—but less clearly as a consequence of anything like a liberal world order than as a consequence of national power and interest.

What would a meaningful liberal world order actually look like if it were operating in practice? Consider an objective-based definition: a world in which most countries most of the time follow rules that contribute to progressively more collective security, shared economic gains and individual human rights. States would gradually downplay the virtues of relative advantage and self-reliance. Most states would recognize that foreign-policy choices are constrained (to their aggregate benefit) by multilateral institutions, global norms and nonstate actors. They would cede meaningful bits of sovereign authority in exchange for proactive collaboration on universal challenges. And they would accept that economic growth is best pursued through integration, not mercantilism, and is in turn the most reliable source of national capacity, advancement and influence. With those ingredients in place, we would expect to see the gradual, steady evolution of something resembling an “international community” bound by rights and responsibilities to protect core liberal values of individual rights and freedoms.

No wonder proponents of the liberal-world-order perspective hesitate to offer precise definitions of it. Few of these components can reasonably be said to have been present for any length of time at a global level in the post–World War II world. There may be islands of liberal order, but they are floating in a sea of something quite different. Moreover, the vectors today are mostly pointing away from the direction of a liberal world order.

HOW DID we get here? Consider two founding myths of liberal internationalism. The first is that expressions of post–World War II American power and leadership were synonymous with the maturation of a liberal order. The narrative should sound familiar: The United States wins World War II and controls half of global GDP. The United States constructs an international architecture aimed at promoting an open economic system and a semi-institutionalized approach to fostering cooperation on security and political affairs. And the United States provides the essential global public goods—an extended security deterrent and the global reserve currency—to make cooperation work. Some essential elements of the system survive in a posthegemony era because the advantages to other significant powers of sustained institutionalized cooperation exceed the costs and risks of trying to change the game.

In the 1990s the narrative gets more interesting, controversial and relevant. This is when the second foundational myth of the liberal world order—that it has an inexorable magnetic attraction—comes to the fore. The end of the Cold War and the attendant rejection of Communism is supposed to benefit the liberal world order in breadth and depth: on the internal front, new capitalist democracies should converge on individuals’ market-based economic choice and election-based political choice; on the external front, the relationships among states should become increasingly governed by a set of liberal international norms that privilege and protect the civic and political freedoms that capitalist democracies promise. The liberal order’s geography should then expand to encompass the non-Western world. Its multilateral rules, institutions and norms should increase in density across economic, political and security domains. As positive network effects kick in, the system should evolve to be much less dependent on American power. It’s supposedly easier—and more beneficial—to join the liberal world order than it is to oppose it (or even to try to modify it substantially). A choice to live outside the system becomes progressively less realistic: few countries can imagine taking on the contradictions of modern governance by themselves, particularly in the face of expanding multilateral free trade and interdependent security institutions.

The story culminates in a kind of magnetic liberalism, where countries and foreign-policy decisions are attracted to the liberal world order like iron filings to a magnet. With few exceptions, U.S. foreign policy over the last two decades has been predicated on the assumption that the magnetic field is strong and getting stronger. It’s a seductive idea, but it should not be confused with reality. In practice, the magnetic field is notable mainly for its weakness. It is simply not the case today that nations feel equally a part of, answerable to or constrained by a liberal order. And nearly a quarter century after 1989, it has become disingenuous to argue that the liberal world order is simply slow in getting off the ground—as if the next gust of democratic transitions or multilateral breakthroughs will offer the needed push to revive those triumphalist moments brought on by the end of World War II and the fall of the Berlin Wall. To the contrary, the aspirational liberal end state is receding into the horizon.

THE PICTURE half a century ago looked more promising, with the initial rounds of the General Agreement on Tariffs and Trade and the successful establishment of NATO setting expectations about what multilateral governance could achieve. But international institutions picked off the low-hanging fruit of global cooperation decades ago and have since stalled in their attempts to respond to pressing international challenges. The 1990s served up the best possible set of conditions to advance global liberalism, but subsequent moves toward political and economic liberalization that came with the end of the Cold War were either surprisingly shallow or fragile and short-lived. 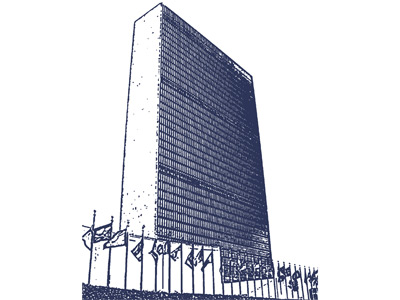 Pullquote: International cooperation on security matters has been relegated to things like second-tier peacekeeping operations and efforts to ward off pirates equipped with machine guns and speedboats.Essay Types: Essay