The New Yorker Casts Its Ballot IN A 1925 prospectus for the New Yorker, legendary founding editor Harold Ross famously declared that his new magazine was “not for the old lady from Dubuque.” Eighty-eight years later, a publication that once prided itself on being the best, brightest and most sophisticated magazine in America has become something of a provincial old lady itself. Granted, the provincialism is of an inverted sort, centered as it is on the island of Manhattan, but provincial it is nonetheless. This inverted provincialism was perfectly—if inadvertently—summed up in a cartoon by P. C. Vey that appeared in last year’s July 30New Yorker, just as the 2012 presidential campaign was heating up. In the cartoon, a blasé, forty-something couple is sipping wine on a penthouse balcony as the husband tells his wife, “It’s not that I love New York. It’s just that I hate everyplace else.”

The same might be said for many of the New Yorker’s 1.04 million readers. An impressive 85 percent renewal rate makes for a solid subscriber base but also encourages a reader/editor mind-set hovering somewhere between smugness and stasis as the age of the subscriber pool—and many New Yorker writers and editors—steadily inches upward. With an median age of just over fifty-one and an average annual income of about $110,000, the typical New Yorker reader is a relatively affluent, middle-aged urbanite with expensive tastes (or aspirations) that are reflected in upmarket travel, auto, cosmetic, fashion and gadget advertisements. The full-page, back-cover ad for the new iPhone that ran in the same issue as Vey’s telling cartoon says a lot about who these readers are and how they like to think of themselves: it shows a handheld iPhone answering the query, “Am I close to the Central Park Zoo?” For most New Yorker readers, the preferred answer is probably “yes.” Spiritually, if not physically, they want to be Manhattanites; reading the New Yorker sustains them in the illusion that, underneath it all, they really are.

Since Manhattan was the birthplace of the limousine liberal—a term that goes back at least to the mid-1960s, when it was personified by the jet-setting New York City mayor John Lindsay—it should come as no surprise that a magazine catering to real and wannabe Manhattanites also follows a consistently liberal political line. That is exactly what the New Yorker has done while, in an increasingly politicized age, more and more of its pages have been devoted to political rather than cultural subjects. In its first seventy-three years, under its first four editors (Harold Ross, 1925–1951; William Shawn, 1952–1987; Robert Gottlieb, 1987–1992; and Tina Brown, 1992–1998), while drifting steadily leftward, the magazine stopped short of actually endorsing presidential candidates. Even Tina Brown, who modernized the layout of the magazine even as she vulgarized its contents in pursuit of “hot” trends and trivia, and who frequently hobnobbed with Bill and Hillary Clinton, drew the line at a formal endorsement.

But when Brown resigned in 1998 she was succeeded by David Remnick, the first New Yorker editor from a strictly hard-news background. Remnick, a talented foreign correspondent with the Washington Post and a Pulitzer Prize–winning nonfiction author, brought more of a newsroom mentality to the magazine. One result of this was the New Yorker’s first-ever presidential endorsement, for Democrat John Kerry in 2004. Then, in 2008 and 2012, Remnick’s New Yorker endorsed Barack Obama. This gives the New Yorker a mixed presidential record of one loss and two wins . . . always backing the Democratic nominee.

All of this must have made Eustace Tilley very happy. Tilley is the dapper, monocle-toting Regency dandy who became the New Yorker trademark after appearing on the cover of its premiere issue on February 21, 1925. While a fictitious character himself, Tilley was inspired by a real one. The artist who drew him, Rea Irvin, based his likeness on a caricature of Count Alfred d’Orsay (1801–1852). The choice was more apt than Irvin could have known. Count Alfred, a darling of Parisian and London café society, was born a century too early to be a limousine liberal, but he was the ultimate coach-and-four liberal, a pampered son of privilege who dabbled in trendy left-wing politics and the arts, ran through fortunes belonging to his wife and mistress, and was one of the foremost “beautiful people” of his time. Were he alive today, he would almost certainly be a New Yorker subscriber, an espouser of “progressive” politics and, like David Remnick, an avid fan of Barack Obama.

WHICH BRINGS us back to the 2012 presidential election and the role played in it by the New Yorker. At the request of National Interest editor Robert W. Merry, I agreed to monitor the New Yorker’s election coverage to evaluate it on the basis of depth, accuracy, insight and bias, along the lines of my critiques of Al Jazeera and the Economist, which appeared in the January/February 2012 and September/October 2012 issues of this magazine, respectively. There were more than a few moments when I regretted taking on the assignment. As novelist and social critic Tom Wolfe once characterized it, the writing in the New Yorker is “tautological and litotical when in the serious mode.” This is a rather William F. Buckleyesque way of saying that the stuff tends to be needlessly repetitious and riddled with cutesy understatements, affirmatives expressed by negatives, and assorted stylistic bells and whistles. The New Yorker being the New Yorker, however, the bells and whistles are usually finely tuned, and a lot of lucid, readable commentary manages to slip in amid all the rhetorical frippery.

Certain things were clear from the outset. Anyone in any doubt as to where the New Yorker was placing its bets would have had those doubts allayed as early as June 18 of last year. In its issue of that date, the New Yorker’s feature article, written by Ryan Lizza, its Washington correspondent, was entitled “The Second Term: What would Obama do if reëlected?” Lizza, an intelligent, fluent writer with access to many members of Obama’s inner circle, provided a good potted history of past second-term presidencies and engaged in much informed speculation about what four more years of Obama-Biden might bring. But the strongest impression to emerge from his somewhat “tautological” and “litotical” piece was how little key Obama White House and campaign personnel seemed to be thinking about second-term objectives in their understandable preoccupation with winning in November. In a conversation with senior campaign strategist David Plouffe, for example, Lizza noted that it “took considerable arm-twisting to get Plouffe to think past the details of the daily campaign and consider the long view.” To his credit, Lizza himself was dead-on about the electoral outcome and its likely consequences: “Obama won in 2008 by seven points,” he wrote. “If he manages to win this year, it is likely to be by less than that, which would make him the first President in a hundred and twenty-four years to win a second term by a smaller margin than in his initial election. Whatever a mandate is, Obama won’t have one.”

In a shorter “Talk of the Town” lead item in the July 30 issue, Harvard professor Jill Lepore recounted Mitt Romney’s unsuccessful 1994 Senate race against Teddy Kennedy in Massachusetts. Kennedy won, 58 percent to 41 percent, after outspending the Romney campaign by more than $4 million in an overwhelmingly Democratic state. In her piece, Lepore, after expending a lot of precious—in both senses of the word—verbiage drawing frivolous analogies with a now-defunct political parlor game once marketed by Parker Brothers, quoted a number of partisan attacks made on Romney’s relationship with Bain Capital without offering an objective analysis of either Romney’s claim to have created thousands of jobs or his opponents’ claims to the contrary. Not much takeaway value here.

The August 6 issue led with a “Talk of the Town” comment by Steve Coll, president of the left-leaning New America Foundation, belittling Romney’s perfunctory but lackluster foreign-policy tour. Much was made of a Romney remark about security preparations for the London Olympics. Innocuous in itself, his suggestion that you can never be sure how effective antiterrorist precautions are until after an event is over had been blown out of shape and out of proportion by the British press. This produced a predictably jingoistic reaction from London mayor Boris Johnson and Prime Minister David Cameron and resulted in negative media coverage here at home. A clearly partisan Coll recounted this with relish and made the mock-serious suggestion that the Romney team might have considered “exotic” travel possibilities: “Romney might have visited wounded Syrian refugees in Turkey; he might have gone to southern Tunisia, where the fruit seller Mohamed Bouazizi set himself ablaze two years ago this December, initiating the Arab Spring.” Not all that funny if meant to be entertaining and not very useful if meant to be serious.

FAR MORE interesting, and a great deal more balanced, was Ryan Lizza’s intelligent, probing profile of Representative Paul Ryan as a rising power among House Republicans. Ryan had not yet surfaced as a major vice presidential contender, but Lizza had already perceived something most Washington—and New York—media had so far missed. “To envisage what Republicans would do if they win in November,” he wrote, “the person to understand is not necessarily Romney, who has been a policy cipher all his public life. The person to understand is Paul Ryan.” Romney lost but, just as Lizza recognized, Paul Ryan is very much a rising Republican to watch in Congress and in wider party circles. Also in this issue was what may have been a small intimation of the things to come. Later in the campaign cycle, the New Yorker would publish more than one strong proimmigration commentary. Perhaps foreshadowing them was a tiny, single-column ad on page 70 of the August 6 issue peddling the wares of the “Margaret W. Wong Immigration Center,” specializing in “green cards,” “deportation,” “work permits” and “criminal aliens.” 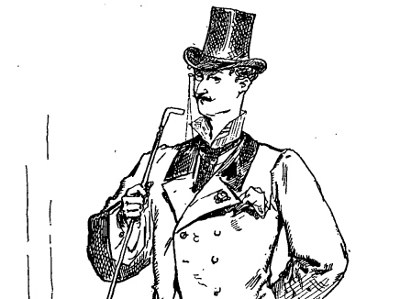 Pullquote: If the New Yorker is guilty of anything it is . . . an assumption that anyone who disagrees with its chosen approach to economic and social issues is either invincibly ignorant, intellectually dishonest or motivated by greed.Essay Types: Essay