WELL BEFORE the summer’s horrific shootings in Norway, many citizens of the Western democracies had the sense that the social fabric was fraying in unexpected places. The Danes restricted immigration in violation of the European Union’s Schengen Agreement. The lower house of the Dutch parliament voted—by nearly four to one—to outlaw ritual Muslim butchers (and, along the way, kosher butchers too). The French banned burkas in the streets. The Swiss banned minarets. In America, we are fighting over whether to build a wall between Texas and Mexico and litigating how far individual states can go in enforcing their own laws that bar undocumented immigrants and deny public benefits to those here legally. Most recently, a swath of cities across Britain exploded in racial violence and riots.

But the tensions on display across so much of the Western world are hardly limited to questions of immigration or race or religion. A dismissively antagonistic, often outright nasty, tone of public debate has become the new norm, in some countries accompanied by outright political paralysis. According to the latest opinion surveys, most Americans were appalled at the U.S. government’s inability to resolve the debt-limit crisis with at least some semblance of order, even if not civility. In Japan, the debate over Tokyo’s response to the Tohoku earthquake and tsunami, and what to do about the resulting loss of nuclear-generating capacity, led to a no-confidence vote that the then prime minister Naoto Kan survived only by promising to resign—on a timetable that, within hours of the vote, spawned yet further acrimonious argument over just when he was supposed to depart (eventually the finance minister took the helm). The prize for the most fundamental stalemate goes to Belgium, where antagonism between the French- and Flemish-speaking parties has prevented the formation of a government for over a year. An end to this ugly process is now in sight, but for a while even normally phlegmatic observers were wondering whether the two regions could continue as a single country.

What has received less attention is the underlying economic cause of these troubling tensions: they are all-too-predictable manifestations of the discontent that sets in whenever most of a nation’s citizens suffer a period of protracted stagnation in their living standards, and lose too their optimism that the material progress they used to enjoy will resume anytime soon. A pervasive economic stagnation has now set in across almost all the world’s advanced economies. Here in America, the family right in the middle of the country’s income distribution earned $64,200 (in today’s dollars) at the beginning of the last decade. Seven years later, the median family’s income was $64,500—less than half a percent greater, not per annum but cumulatively over those seven years. With the 2007–09 financial crisis, the recession that followed and the sluggish recovery since then, by 2010 the median family income fell to just $60,400, down 6 percent from the previous peak and lower than in any year since 1997. The Census Bureau has not yet released data on median income for 2011, but with the continuing weak economy it is unlikely there has been any significant uptick. The majority of American families have now gone nearly a decade and a half with no improvement.

Many countries in Europe have suffered parallel experiences. In Britain as in the United States, the 1990s saw fairly robust income growth, but stagnation set in after 2001. In Italy, the median income remained largely flat through the 1990s and the 2000s until the financial crisis hit. In the Netherlands, both the 1990s and the aughts—up to 2007—saw stagnant median incomes (apparently separated by a large one-year gain in 2001 that may have been an illusion created by a change in statistical procedures). After 2007, the crisis and ensuing economic downturn depressed incomes everywhere. Japan has suffered even worse stagnation: median income fell by 3 percent in the 1990s overall, and then yet another 5 percent between 2000 and 2007. By 2009, median income in Japan was down nearly 18 percent from the mid-1990s peak and back at a level the Japanese last saw in the early 1980s.

Anti-immigrant agitation, racial and religious prejudice, rancorous public discourse, political stalemate and paralysis, eroding generosity toward the disadvantaged—all are the predictable pathologies that ensue from stagnating incomes and living standards. In America, the agricultural depression of the 1880s and early 1890s led to violent labor unrest (most dramatically, the Homestead and Pullman strikes), a wave of religious bigotry, and the rise of Jim Crow (and not just in the South). The rocky economic period that followed World War I, even before the onset of the Great Depression, led to the resurgence of the Ku Klux Klan (again, not just in the South), the end of America’s early attempts to provide government assistance to women and children in poverty, and immigration laws both more restrictive and more discriminatory than anything the United States had seen before, or has seen since. The protracted stagnation from the early 1970s to the early 1990s led to widespread resistance to desegregation in schooling and affirmative action in the workplace, renewed anti-immigrant outcry (California voters approved Proposition 187, but the courts threw it out), and, as Bill Clinton put it, the movement “to end welfare as we know it.” The experience of other Western democracies is replete with similar episodes. This latest round of such pathologies simply reminds us that even those societies whose citizens talk the best game of having advanced beyond caring about further gains in material living standards—the Dutch, the Swiss, even the Scandinavians—are no less subject to this familiar frustration than their more transparently materialistic American cousins.

Of course, it is possible that some timely and convenient external force could come along to cut the circle. Seven decades later, for example, economists still debate how long it would have taken America to recover from the Great Depression had it not been for World War II. As late as 1940, with the United States still not at war but producing warships and guns and other matériel to send to Britain and our other future allies, nearly 15 percent of the labor force remained unemployed. It was not until 1942, the first year of full mobilization following Pearl Harbor, that unemployment finally dipped below 10 percent. And not until 1943, with 9 million men and women in uniform and the country’s new defense industries operating far beyond normal capacity, did unemployment fall back to the pre-Depression level of 3 percent.

But at present it is hard to see where such a helpful deus ex machina, or even an internally generated spur to America’s economic growth, would originate. The United States is already engaged in two wars. Most of the economies that regularly buy American exports in large volume—Canada, Mexico, Japan, Britain, in effect all of them but China—are in straits similar to ours. Home building, a traditional leading sector in U.S. postrecession recoveries, remains suffocated by the overhang of too many houses built in the years of rising prices, too many of which are now empty or facing foreclosure. Most consumers who have continued to pay their mortgages see both their home equity and their stock portfolios back where they were a decade ago. Many state and local governments are facing their own budget crises, and most are laying off more employees than they are hiring. Only the corporate sector is flush with cash, but most firms see little incentive to build facilities or expand their workforces, at least not in the United States.

The particular focus of today’s nexus between stagnant incomes and paralyzed policy making is the federal-budget debate. The current budget imbalance is enormous. According to the latest projections for the fiscal year that ended on September 30, 2011, the U.S. government spent $3.6 trillion but took in only $2.3 trillion. The difference, nearly $1.3 trillion, represents 8.5 percent of U.S. national income, well above the Reagan-era peak of 6 percent and nearly as great as the post–World War II record of 10 percent just two years ago at the bottom of the “Great Recession.” A significant part of this imbalance reflects the decline in tax revenues and the increase in cyclically variable spending (unemployment benefits, for example) that occur whenever a business downturn depresses incomes and profits and puts people out of work. But not only is the budget deficit today out of proportion to prior experience; in the absence of significant policy changes, it is unlikely to abate even as the economy gradually returns to full employment.

The ugly process that culminated in a last-minute agreement on August 1—really more an agreement to disagree—was not randomly focused. The U.S. government’s taxing and spending policies are sharply at variance with one another, not just for the moment but over a longer time frame as well. And now that the Federal Reserve System has mostly exhausted its arsenal of tools for stimulating the economy through monetary means (including, to the central bank’s credit under the circumstances, some actions that have stretched the meaning of “monetary”), it is primarily through what the government does in its taxing and spending that public policy is likely to have the greatest impact on the economy’s growth prospects, for good or ill, for some years to come. 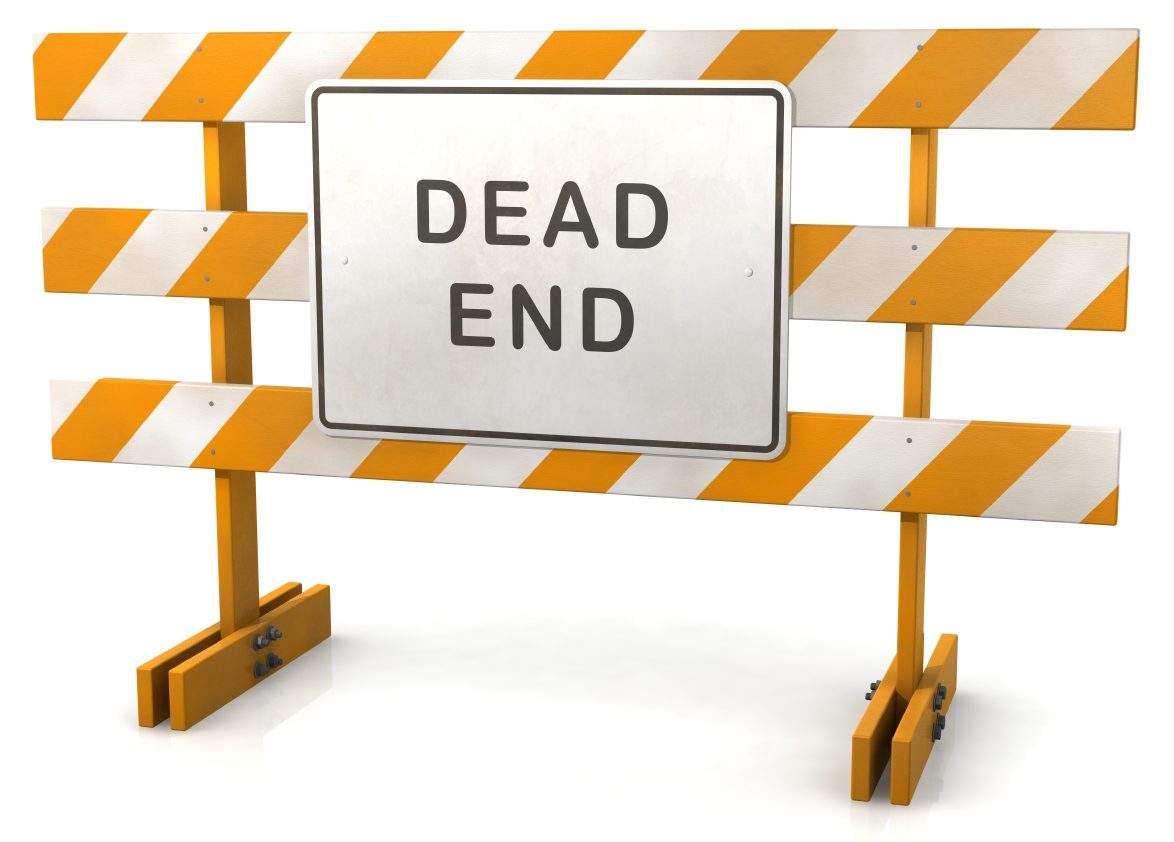