A NARRATIVE is taking root among policy makers and opinion leaders that the illegal-immigration problem has been resolved and further concern over the issue is simply unnecessary. A New York Times op-ed by University of Southern California professor Dowell Myers exemplified this perspective when it began: “The immigration crisis that has roiled American politics for decades has faded into history.”

This idea of complete resolution is highly dubious. There is no doubt that the number of people sneaking across the southern U.S. border has declined significantly, and the total illegal population has dropped somewhat from the record high of several years ago. But there is little reason to conclude this is a permanent development ushering in a new migration paradigm for the United States. More likely, it is merely a pause brought on by the U.S. economic slump and other factors on both sides of the border.

Indeed, it could be argued that the current lull in illegal immigration is just the end of the beginning. The United States has made progress toward the first goal of a sensible immigration policy—namely, developing the means to make an enforcement policy stick. But the country has barely begun the process of crafting a comprehensive immigration policy that has a chance of actually working—or even deciding what such a comprehensive policy should be. Thus, the New York Times op-ed had it wrong, and this issue is certain to roil American politics for decades to come.

Those on both sides of the issue have valid points in the ongoing debate, and, of course, they also have distinctive policy prescriptions that flow from their conclusions and outlooks. And while it may be too early to tell how long the current lull will last (assuming it hasn’t already ended), assessing these policy prescriptions requires us to examine in some detail the state of illegal immigration, the reasons for the current situation and possible future developments.

THERE’S BROAD agreement that the illegal-immigrant population peaked in 2007 and declined for the next two years. The three main sources of estimates—the Department of Homeland Security, the Pew Hispanic Center and the Center for Immigration Studies—all conclude that in 2007, the illegal population neared or exceeded twelve million (the estimates range from 11.8 to 12.5 million) and declined to roughly eleven million (between 10.8 and 11.1 million) by 2009. The decline stopped after 2009, so until new estimates or new facts are developed, it’s safe to say that there are currently about eleven million unauthorized residents of the United States. Dramatically higher numbers sometimes bandied about by commentators and politicians—such as a 2005 estimate by Bear Stearns analysts that the illegal population could be as high as twenty million—are almost certainly incorrect. If the number were that high, it would be reflected in birth and death records, since in a modern society such as ours almost no one is born or dies without that fact being administratively recorded, and we have a pretty good idea of the fertility and mortality rates of the illegal population.

It seems clear that illegal crossings at the border, known formally as entries without inspection, are also down. Although illegal entry is not the only source of illegal immigrants—perhaps 40 percent of the illegal population entered legally on some kind of visa and then overstayed—it is the main source, and there’s a lot less of it. The only administrative metric available for illegal crossings is the number of apprehensions made by the Border Patrol. This is an imperfect yardstick; a drop in apprehensions could mean there are fewer illegal immigrants available for agents to catch, or it could mean that the Border Patrol is becoming less efficient at finding them. Likewise, the total apprehensions number includes people who attempt to cross multiple times, though such recidivism appears to have declined slightly. It’s possible, then, that a drop in apprehensions, coupled with a drop in recidivism, might not indicate a reduction in the actual number of individuals trying to sneak across the border.

But the decrease in the number of arrests at the border is sufficiently steep that the only plausible explanation is that attempted crossings have declined, and the experience of border residents confirms this. Arrests on the Mexican border exceeded one million almost every year since the early 1980s and totaled almost 1.2 million in 2005. In 2007, arrests were under nine hundred thousand. They dropped to a little over half a million in 2009 and 328,000 in 2011. That 2011 number is the lowest seen in the country since the early 1970s.

The Pew Hispanic Center has estimated that the total inflow of illegal immigrants, both border jumpers and visa overstayers, declined from 850,000 annually during 2000–2005 to just three hundred thousand annually during 2007–2009. The total number of illegal aliens declined despite a continued inflow of new illegal aliens because, over time, many people stop being illegal aliens. Some return home, some launder their status to become legal immigrants and a few die. Though researchers disagree, both statistical and anecdotal evidence suggests the number of illegal immigrants leaving the United States increased during the recession.

With regard to Mexico in particular, Pew has recently reported that net migration has dropped to zero. This includes all immigrants, both legal and illegal (51 percent of recent Mexican immigrants are illegal). Specifically, Pew compares the 2005–2010 period to 1995–2000 and finds that the number of Mexicans arriving in the United States fell by half and the number returning doubled. From 2005–2010, arrivals and departures were roughly equal, with each figure at about 1.4 million. The number of departures is fudged somewhat, since it includes three hundred thousand U.S.-born (and thus U.S. citizen) children of Mexican immigrants, so even Pew finds continued net Mexican immigration, but the increase in departures (most of them voluntary) and the drop in new arrivals is striking.

THERE IS little doubt that the annual flow of illegal immigrants has slowed and the total illegal population has shrunk somewhat, although eleven million illegal immigrants is still a very large number. While interesting, this fact on its own doesn’t tell us much that can be applied to policy. It’s necessary to explore the reasons for the decline. Three explanations have been offered: first, the recession; second, increased enforcement; and third, changes in Mexico, the source of roughly 60 percent of the illegal population.

The economy requires the least explanation. Employment is the main magnet drawing illegal immigrants to the United States, so it makes sense that a tighter job market would lead more illegal immigrants to return home and dissuade some prospective illegal immigrants from embarking on the trek north. The recession officially began in December 2007, when the national unemployment rate was 5 percent. A year later, it was 7.3 percent. Another year after that, it reached 9.9 percent. The increase in the unemployment rate was even greater for illegal immigrants. Using young Hispanic immigrants with no more than a high-school education as a proxy for the illegal population (three-quarters of such people are illegal, and they make up two-thirds of the illegal population), we see that their unemployment rate shot up at the start of the recession from around 8 percent to about 15 percent, according to a Center for Immigration Studies analysis. This jump was especially quick and severe because the recession was kicked off by a housing bust, and illegal workers were disproportionately concentrated in construction and extraction jobs. Some 21 percent of these immigrants worked in such occupations, compared with just 5 percent of native-born American workers. This unemployment, combined with tougher times even for those still employed, led to a drop in remittances to Mexico by immigrants in general (both legal and illegal); the total value of remittances sent home dropped 3.6 percent in 2008 and a further 15.7 percent in 2009.

As bad as economic conditions were for illegal immigrants, the decline in their numbers began even before the start of the recession, so it seems likely that increased enforcement also has played a role. And that’s no surprise, given the buildup in enforcement that has been under way since the Clinton administration. In 1995, there were about five thousand agents in the Border Patrol (most, but not all, working on the Mexican border). That number increased to ten thousand in 2002, hit fifteen thousand five years later and now exceeds twenty-one thousand.

Border fencing is also much more formidable, both in quality and quantity. While there is disagreement about the amount of fencing necessary on the border, there’s no dispute that some fencing is essential, particularly in high-traffic areas, to slow and redirect potential illegal crossers.

The little fencing that used to exist consisted of welded-together, corrugated metal sheets acquired by the Border Patrol as army surplus. (They were used in Vietnam as portable landing mats for helicopters.) These were poorly maintained and, since they were solid, prevented agents from seeing what was happening on the other side. What’s more, the corrugated ridges sometimes ran horizontally, which turned them into ladders for border jumpers. 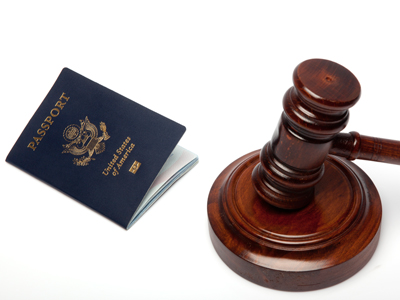 Pullquote: The Government Accountability Office reported last year that only 44 percent of the border is under “operational control.” It’s hard to say a task is complete when it’s not even half done.Essay Types: Essay