The Power of Moore's Law in a World of Geotechnology WHILE CYBERSPACE and social media have grabbed global headlines in recent years, other major technology clusters will have an even more seismic impact on geopolitics in coming decades. They include biotechnology, robotics and artificial intelligence. Indeed, these technologies are coming of age and experiencing exponential innovation as well as growth—and not just in the United States. New contenders, including Asian state-run laboratories, corporate investors, DIY/maker groups, terrorists and organized criminals are all competing to harness and leverage technology in pursuit of their interests. In this rapidly changing environment, America risks having its international dominance undermined by these emerging technologies and players, much as Arab despots have been overthrown by protesters empowered in part by social media.

To understand and frame the ever-shifting nature of international relations, analysts have traditionally relied upon both geopolitics and geoeconomics. The discipline of geopolitics dates to nineteenth-century European scholars and diplomats whose primary concerns were territorial control and the capability to project dominance overseas. Examining the fundamental elements of geopolitical advantage (demographics, natural resources, forces under arms, warships, conventional and nuclear weapons, etc.) remained the dominant approach to analyzing comparative power through much of the twentieth century.

After the Cold War, geoeconomics became a counterweight to geopolitics. In 1990, strategist Edward Luttwak said geoeconomics applied the “logic of conflict” to the “grammar of commerce.” In this view, GDP size and growth, trade balances, currency reserves and foreign investment are critical in assessing the global balance of power. Although China is not yet a military rival to the United States, it is the largest holder of American debt and represents almost 15 percent of world GDP, making it a geoeconomic superpower. Similarly, the combination of petroleum resources and large currency reserves has put the small Arab monarchies of the Gulf Cooperation Council on the geoeconomic map.

Geopolitics and geoeconomics complement each other, but even together they do not give a full picture of the catalysts for change in world affairs. A third area of inquiry is necessary to complete the triangle: geotechnology. The geotechnology lens offers an understanding of the potent innovations that can tilt geoeconomic advantage through rapid commercialization and can have a major geopolitical impact through strategic deployment and potential militarization. Whether we’re talking about the stirrup and crossbow; steamships and railways; or nuclear fusion and the Internet, every era is a time of geotechnological change. What is different today is the rate of change, which is ever accelerating.

The perspective afforded by geotechnology informs our understanding of global dynamics our understanding of global dynamics in two important ways. First, it positions technology alongside economic power, military alliances and diplomatic statesmanship as a driver of history. It was the ability of Europe’s royal families to harness weaponry and the printing press that gave the state the upper hand over other political forces in the seventeenth century and created the modern Westphalian system. Second, whereas geopolitics largely ignores nonstate actors and geoeconomics acknowledges them only as marginal players, geotechnology fully recognizes current systemic changes that are driving us into a post-Westphalian world. It recognizes that actors leveraging and controlling new technologies, even with limited capital and crowdsourced manpower, can amass formidable influence as well as a capacity to challenge nation-states. While WikiLeaks and Anonymous; Al Qaeda and Hezbollah; and Google and Facebook may be rooted in certain territories more than others, they are increasingly autonomous in their transterritorial reach and capabilities.

Gordon Moore, the former chairman of Intel, famously predicted in 1965 that the number of transistors per square inch on an integrated circuit would double every year into the future. This principle, later revised to a doubling every two years and commonly referred to as “Moore’s Law,” now applies more broadly to the power and capabilities of all circuit-based technologies. Thus everything from biotechnology to robotics is driven by Moore’s Law, and this has implications for both geopolitics and geoeconomics. These technologies are exponential in their growth curves—not linear. Taking thirty steps linearly, one might walk across the living room. But taking thirty steps exponentially—doubling the distance with each successive step—would be the equivalent of traveling the distance to the moon. The iPhone that hundreds of millions of users carry in their pocket has more processing power than what was available to NASA during the Apollo 11 moon landing a mere forty years ago. Such is the world we now live in.

Most academic studies examining the impact of new technologies on international affairs have focused on the Internet. Though the average Internet user today may be busily updating his Facebook status or playing Angry Birds, it is important to recall that today’s Internet emanates from the Advanced Research Projects Agency Network, a U.S. Department of Defense invention created to ensure redundancy in military communications in the event of a nuclear attack. Simply stated, the Internet is a military creation with significant corollary geopolitical ramifications. Cyberspace and its underlying computer networks have been as transformative as the printing press. The fact that information can travel at the speed of light over a fiber network from Bangkok to Berlin has had a tremendous impact on society, economics and international affairs. But the Internet itself is only version 1.0 of twenty-first-century geotechnology, a stepping-stone to a world of even greater scientific advancements with unpredictable geopolitical consequences.

TODAY’S INTERNET will soon be eclipsed by an array of rapidly evolving technologies, all flowing, per Moore’s Law, in an exponential fashion. While most of these innovations will be connected to today’s global information grid, they will leave the two-dimensional space of our computer screens behind and reach well into three-dimensional aspects of our lives.

Robotics is one such rapidly emerging field with geopolitical and geoeconomic consequences. Unmanned aerial vehicles now perform tasks such as imagery collection, interception of communications and the launching of missiles. Remote pilots sitting halfway around the world can kill perceived enemies with the click of a mouse. The next frontier is the miniaturization of flying robots, with quadcopters and microbots the size of insects achieving autonomous flight and swarming patterns for vastly expanded surveillance and intelligence gathering. On the geoeconomic front, President Obama has declared the goal of doubling America’s exports, partially through the National Robotics Initiative, which would augment American workers’ productivity in order to better compete with Asian manufacturers. At the same time, Foxconn, the Chinese company that manufactures millions of household electronic goods (with four hundred thousand workers making Apple products alone), plans to integrate a million robots into its assembly lines in coming years. The geotechnological competition in robotics not only will affect the global trade balance profoundly but will also demonstrate how our economic fear of mass unemployment will be driven less by outsourcing than by robo-sourcing.

Ubiquitous computing is another emerging area of strategic importance. Over the past decade, the number of Internet-connected devices has skyrocketed, surpassing the planet’s human population in 2008. This revolution is known as the “Internet of Things.” Based on the exponential nature of Moore’s Law and the number of devices we expect to be connected to the Internet, we are in the process of reengineering the basic Internet Protocol, upgrading it from version four to version six. Internet Protocol version six will massively expand the addressable space online from a mere 232 to 2128 things, a transition expected to be complete within the next three to five years.

To put these exponential numbers into perspective, we’re about to transition from an Internet the size of a golf ball to an Internet the size of the sun. The coming generation of the Internet will include tens of billions of sensors connected to the network via a variety of emerging technologies such as radio frequency identification tags and near-field communication. These sensors and networks will ensure that everyday physical objects such as automobiles, trees, chairs, street lights, elevators, pacemakers and fire alarms will all have an Internet protocol address. Moreover, expansive networks of these objects will communicate with each other online, allowing humanity for the first time to reach everything from anywhere.

Physical objects will thus be transformed into information technologies, allowing things to be tracked instantaneously and their history in physical space and time known. Metcalfe’s Law dictates that the value of a network increases exponentially with the number of nodes or computers attached. Thus, our transition from an Internet of 232 things to an Internet of 2128 things will create unimaginable future value. Nations and nonstate actors capable of leveraging these data streams to their fullest potential will have unparalleled intelligence and strategic advantage.

However, as the number of objects connected to the Internet increases, a nation’s “threat surface” will expand exponentially as well, meaning far more security vulnerabilities. The U.S. Chamber of Commerce, for example, discovered that its computer network had been breached by an intruder based in China who accessed its strategic plans. An investigation revealed that the breach was enabled via an Internet-connected smart thermostat recently installed in a Chamber building. Moreover, networked printers used by the organization’s executives began spontaneously and inexplicably printing pages with Chinese characters. As Chinese premier Wen Jiabao noted in a speech in August 2009, “Internet + Internet of Things = Wisdom of the Earth.” 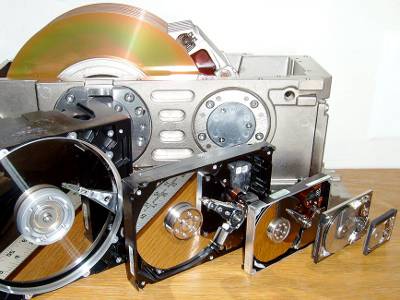 Pullquote: While foreign leaders from David Cameron to Dmitri Medvedev have come to prioritize Silicon Valley as a stop on their state visits, Washington’s politicians seldom leverage the strategic dimensions of their own national technological-innovation hub. Essay Types: Essay