South Korea also has developed parallel processes to occur around the Nuclear Security Summit. In 2010, separate meetings for industry and policy experts were held in conjunction with the summit. This time, South Korea is looking to build those meetings (scheduled to be held several days before the main summit) into something more substantial, particularly the industry event. The organizers of the Korean industry meeting are planning to put together three working groups—on HEU minimization, information security, and the intersection of safety and security—that will draft recommendations related to industry for political leaders at the summit.

In addition, Seoul has been working with Washington to encourage a fresh round of house gifts, including some potential “gift baskets” in which several countries will join together in a commitment. One particularly telltale sign will be how forthcoming Russia is in the field of HEU minimization, given that Moscow is viewed as the source of a significant amount of the HEU that has been seized by government authorities around the world. Russia has more than half of the world’s remaining HEU -fueled reactors but has been reluctant to convert the reactors to LEU for largely social, cultural and economic reasons rather than technological ones. Only recently did it agree to cooperate with the United States on feasibility studies regarding converting some reactors, scheduled for completion by year’s end. A true house gift from Moscow would be a commitment to move forward with converting those reactors and look to convert others.

THE SEOUL summit will also need to address the next steps for the nuclear-security-summit process. It is clear that all vulnerable nuclear materials will likely not be secured in the summit’s four-year window. The question becomes whether there should be other summits in 2014 and beyond.

Given the four-year goals embraced at the first summit, it would make sense to have another summit in 2014 to assess whether these goals have been reached and what further actions should be taken. The joint commitment to that four-year time frame should also make it relatively easy to win support from countries for holding such a summit. Indeed, the biggest obstacle in this regard could prove to be a domestic one: concern by other countries that if Obama is not reelected, his Republican successor may not share the same commitment to the nuclear-security process. That said, nuclear security has been a truly bipartisan effort up to now, and the security summit has endorsed many Bush-administration initiatives.

Summits bring high-level attention to low-profile challenges, but leaders may be wary of meeting every two years on such a narrow agenda. Still, the regular nature of the meetings and the “house gifts” approach have served to generate support for the process among lower-level officials.

Organizers are pondering whether to push for a narrow focus at a lower level, a wider focus at the same high level or less frequent meetings. A narrow focus could ensure that efforts continue to concentrate on meeting Obama’s goal. A broader focus that includes nuclear safety, for example, and other peaceful nuclear issues could persuade leaders to attend such a meeting every two years. Finally, less frequent meetings would allow more opportunity for scoring progress and demand less high-level attention.

With the 2012 Nuclear Security Summit taking place on the eve of national elections in both the United States and South Korea, the meeting is sure to arouse partisan passions on both sides of the Pacific. Opposition leaders in Washington and Seoul will denounce the meeting as a meaningless photo op beside the ongoing conflicts with North Korea and Iran. In order to rebut this criticism, political leaders should strive for an ambitious outcome, particularly on the national commitments, which are not subject to the same lowest-common-denominator pressures as the broader declaration anticipated for the summit. They also need to set a firm foundation for the future by agreeing on a 2014 summit and putting in motion a process that will decide the future direction for these efforts. Such a success would ensure that the next U.S. administration—Democratic or Republican—is well positioned to continue efforts to protect the country against nuclear terrorism.

Miles A. Pomper is a senior research associate at the James Martin Center for Nonproliferation Studies, where Michelle E. Dover is a research assistant. 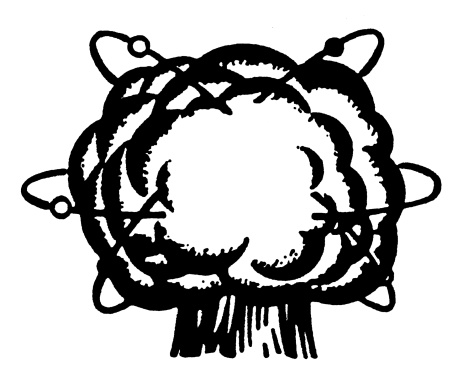