CARL GERSHMAN has the confident air of a man who knows his importance in Washington. As president of the congressionally funded National Endowment for Democracy (NED), he oversees an organization of 171 employees. In 2012, his organization dispensed approximately 1,236 grants, averaging some $50,000 each—a total of close to $62 million—to nongovernmental organizations (NGOs) in ninety-two countries.

Thus, it isn’t surprising that Gershman would exude an unusual combination of idealism and political savvy about the ways of Washington. Well turned out in elegant suits and fashionable ties, he occupies a spacious office on the eighth floor of a fine building on Washington’s F Street. The pleasant coffee mug he carries, decorated with pictures of his children, understates the power and controversial nature of his work.

Gershman’s job is to promote democracy in foreign lands with as much force and reach as his budget and operational effectiveness will allow. The NED disperses grants not to individual dissidents or activists but directly to NGOs—civic organizations, associations and independent media. Unlike other U.S. democracy-promotion enterprises, it does not work with governments in the countries in which it promotes democracy. This pursuit sounds like a particularly honorable one to most Americans, given the widespread devotion to democratic institutions that is embedded in the U.S. national consciousness. “All people want freedom,” says Gershman, encapsulating a view widely shared throughout America, inside and out of the growing democracy-promotion movement.

But others question both this activity and the notion that U.S. federal dollars should fund efforts by Americans to determine the governmental systems of other countries, which inevitably takes on a coloration of seeking to undermine existing governments and interfere with civic systems around the world. A recent commentary on the website of Russia’s state-funded international television channel, RT (for Russia Today), expressed a view widely held outside the United States: “‘Private’ organizations like NED are nothing but funding channels for activities that used to be run by the CIA under the title of ‘subversion.’” Given that the English-language RT is essentially the Russian government’s external propaganda arm, this view of U.S. democracy-promotion activities isn’t surprising.

But that foreign perspective is echoed by a former acting president of the NED who later served as the archivist of the United States. “A lot of what we do today,” said Allen Weinstein in a 1991 interview, “was done covertly 25 years ago by the CIA. The biggest difference is that when such activities are done overtly, the flap potential is close to zero. Openness is its own protection.”

Some two decades after Weinstein’s celebration of openness, flaps have emerged aplenty. Just months after Egyptian president Hosni Mubarak was ousted from office through massive street demonstrations—a development heralded as a potential turn toward more democracy in Arab lands—the new government raided the offices of ten local civil-society organizations, including the International Republican Institute (IRI) and the National Democratic Institute (NDI), two core grantees of the NED. Some forty-three NGO workers, including nineteen Americans, were arrested and charged with crimes. The matter looked harrowing until the aid workers were finally released some months later, but Egypt’s NGO crackdown is ongoing.

Russia soon acted to curtail or thwart NGO activities within its borders. The U.S. Agency for International Development (USAID) was expelled last fall, and the government later enacted a law requiring foreign-funded groups to register as “foreign agents.” The United States and other governments also require citizens working with foreign governments to register that fact. But in late December, the Russian legislature passed a law that would outlaw U.S.-funded “nonprofit organizations that engage in political activity” within Russia.

CLEARLY, SOME foreign governments are not keen about activities within their borders that many Americans view simply as idealistic efforts to support universal values. But criticism of such activities is voiced in the United States as well. Writer and thinker David Rieff suggested in this magazine that democracy promotion is the product of adherents who “will not or cannot acknowledge either the ideological or the revolutionary character of their enterprise.” He adds that Soviet leader Nikita Khrushchev, whose 1956 boast that the Soviets would “bury” the West was “an expression of historical determinism at its most vulgar,” looks like a “philosophical pragmatist” alongside some of today’s earnest democracy-promotion cadres.

In addition, recent scholarship questions democracy promotion’s effectiveness. “Despite all of the attention that has been given to democracy promotion over the past decade, we actually know very little about which programs policy makers should fund where,” says Sarah Bush, a Temple University political scientist who is writing a book on the subject. Though many Americans instinctively assume supporting democracy in foreign countries is beneficial to all concerned, the research doesn’t match that theory. “Unfortunately, even if we accept that U.S. government-funded programs are, on average, associated with democratization, figuring out what type of programs work best is a whole different challenge,” says Bush.

She adds that American prodemocracy activities are often seen by others as meddling or duplicitous. “The United States suffers from a credibility problem when it promotes democracy overseas,” she says, continuing:

Notwithstanding such contrary thinking, America’s democracy-promotion enterprise is going strong. Bush has coined the phrase “Democracy Establishment” to describe the players in what has become a virtual cottage industry. Getting precise numbers on U.S.-funded democracy-promotion spending is difficult because the programs are not labeled as such. However, in 2012 the U.S. government planned to spend $2.6 billion to support democracy, good governance and human rights overseas, according to the Foreign Assistance Dashboard, a website produced by the State Department and USAID. That assistance was distributed through several institutions, including USAID, the State Department and the NED. Such funds are in addition, of course, to cash raised privately by the Democracy Establishment. Most of the money from private sources is donated by George Soros’s Open Society Foundations, but the Ford Foundation and the MacArthur Foundation also are big contributors.

Bush estimates that there are “about two dozen core NGOs in the Democracy Establishment, such as Freedom House and the NED, that work in many countries and are agenda-setters in the field.” She adds, “There are, however, scores of additional American organizations that are also involved in democracy promotion that collaborate and compete with the core NGOs on democracy-assistance programs.” A lot of money is up for grabs, and the field is getting crowded. Since American democracy assistance began in the 1980s, the competition among NGOs for the U.S. government’s grants has gotten fiercer, according to Bush. More and more NGOs today are fighting to get a piece of the lucrative democracy-assistance pie. For example, she indicates that the NED gave as much as 90 percent of its grants in 1985 to large NGOs that worked in multiple countries, whereas in 2009 that amount dropped to around 50 percent, while the rest went to hundreds of organizations based abroad.

The increased competition for funds has major implications for how organizations promote democracy. Bush says:

TO UNDERSTAND how groups in the Democracy Establishment work, it’s best to begin with the NED, which distributes half of its grant money, and serves as an umbrella organization, to what it calls its “core grantees”—the IRI and the NDI, which work for free and fair elections; the Center for International Private Enterprise, which pushes for free markets and economic reforms; and the American Center for International Labor Solidarity, which assists trade unions. Each of these organizations receives an equal portion of the NED’s grant budget, and their programs are approved like those of other grantees. The other half of the NED’s funding is awarded annually to foreign-based organizations seeking support. (No American organizations receive grants under this program.)

In the digital age, getting an NED grant is easier than ever. Applications can be sent with a click of a mouse by any organization outside America that is independent of a government—public universities, for example, cannot receive funding. Four times a year, the NED’s board examines proposals to determine the credibility of applicants and to ensure the applications are consistent with the organization’s overall agenda of strengthening democratic institutions and advancing democratic goals.

Though it raises some private contributions from foundations, corporations and individuals, 99 percent of the NED’s funding comes from Congress, according to its 2011 tax return. As a result, its independence has always been suspect. “Our board gets full autonomy in the specific activities it does,” Gershman insists. Still, Congress sometimes mandates that some NED money must go to grantees in specific countries, such as Burma, Cuba or Iraq. In addition, all NED grants and activities are subject to multiple layers of oversight by the State Department and Congress, which are not in the habit of giving away money without gaining a voice in how it is spent. 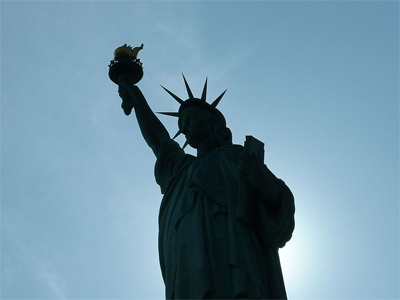