To consider just one case that Hague may have been recalling, the joint handling of Colonel Oleg Penkovsky, a Soviet military-intelligence officer, by both the CIA and the United Kingdom’s Secret Intelligence Service (SIS) may have “saved the world” during the tense days of the Cuban missile crisis in 1962, according to credible authors who have read the declassified files. Specifically, Penkovsky first volunteered to American intelligence in Moscow in 1961, but the Americans were unable to act on his request for a cooperative relationship. The British SIS, hand in glove with the CIA, was able to secure personal meetings with Penkovsky both in Moscow as well as in London and Paris. Although unable to match the SIS’s agent-handling resources in Moscow, the CIA provided two case officers, including the legendary George Kisevalter, as well as the primary reports and requirements officer to effectively handle Penkovsky and his enormous amount of intelligence.

Although Penkovsky was only active for a short period of time, he played a critical role. It is fair to say that the Cuban missile crisis may not have been so deftly handled by the Kennedy administration had it not been for Penkovsky’s intelligence on Soviet missile systems and artillery-deployment philosophy. Even when the prospects of exfiltration dimmed, Penkovsky stayed the course until his arrest in 1962 and subsequent execution in 1963. One must wonder if the next Oleg Penkovsky to volunteer to the CIA will be even more courageous than the last one. He would have to be in an era where it appears questionable whether America can keep its secrets from the front pages of major media outlets and the Internet. In fact, the next Penkovsky may well wish to volunteer his services but may be reticent lest his identity (or information traceable back to him) be included in a possible deluge of American classified information. To retain its preeminence as well as its reputation for excellence, American intelligence must satisfy both its official liaison partners and its clandestine sources that it can continue to work in the shadows, not under a spotlight.

It could reasonably be asked if the impact of the Manning and Snowden disclosures might be worse than the results of a traditional penetration agent (commonly referred to as a “mole”) working in the U.S. intelligence community. The combined treachery of former FBI agent Robert Hanssen and erstwhile CIA operations officer Aldrich Ames led to dozens of deaths of American human sources and nearly crippled U.S. intelligence operations aimed against the Soviet Union (and subsequently Russia after the end of the Cold War). There are several critical elements to this important question, including the nature of the intelligence business and the evolution of information technology in the practice of intelligence. On one hand, despite the Taliban’s claims, no deaths have been conclusively linked to the Snowden or Manning revelations, in stark contrast to Ames and Hanssen. On the other hand, hostile penetrations of U.S. intelligence do not seem to have overly retarded offensive recruitment operations, even in the Soviet bloc. Moreover, an intelligence officer who switches allegiances is well aware that the adversary can penetrate his new intelligence service just as well as his original service. This has been an accepted part of spying since time immemorial. It’s why even the most productive agents are eventually pulled out of a dangerous assignment before the risks outweigh the gains. Yet, Snowden and Manning represent a new dimension in espionage because mass disclosure of classified information was never part of the risk calculus of a potential human-intelligence source. Surely, it is now.

AMERICAN INTELLIGENCE will survive, and possibly thrive, despite the increased challenges that massive unauthorized disclosures bring. As in the past, American intelligence officers will rise to modern challenges and continue to provide policy makers and analysts with timely and relevant intelligence, but the mountain has certainly become steeper and more treacherous. The issue isn’t that American intelligence will become defanged or wither on the vine, but rather that it will not be as good as it could be, especially in an unstable global climate when it is most needed. As the Penkovsky case so aptly demonstrates, a single human source with the right placement and access, at the right juncture in time, can have a profound impact on policy and potentially even change the course of history. U.S. intelligence will not cease to recruit human sources or enter into important bilateral or multilateral SIGINT relationships, but one must recognize the chance that a skittish SIGINT liaison partner, a single prized HUMINT source, or even the next Penkovsky (although he could be Iranian, North Korean or Chinese, just to name a few) might prefer to play it safe rather than cooperate with American intelligence, at least until America gets its intelligence information locked back down to pre-Manning and -Snowden levels.

The future damage of the Manning and Snowden disclosures will wane over time, but this does not make them any less dangerous, especially now. In the short term, America has lost valuable diplomatic leverage as well as counterterrorist capabilities. In the medium term, America will have lost HUMINT from potential future sources as well as SIGINT from liaison partners that could provide an intelligence advantage over rival states, avert strategic surprise, and identify terrorists or proliferators of weapons of mass destruction. Only in the long term, once America has proven to both its allies and its adversaries that it can keep its secrets, will the country be able to benefit from HUMINT and SIGINT sources that will not be obtained in the short and medium term thanks to Manning and Snowden. This damage could take a generation to repair.

David V. Gioe is a former CIA operations officer and a PhD candidate at the University of Cambridge. 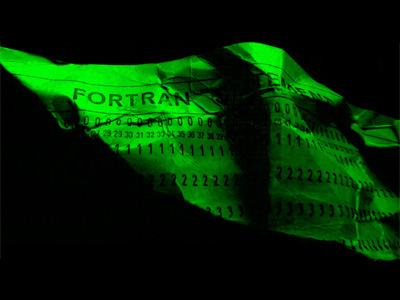