THE POST of director of national intelligence (DNI) has had an unhappy five-year history. Until now it has been easier to blame the successive occupants of the position than to acknowledge the fundamental flaws of the office. Much commentary about the recent ouster of Dennis Blair, for example, has focused on his lack of chemistry with the president, his riling of the Israel lobby by attempting to appoint Chas Freeman to head the National Intelligence Council and a deficiency in political street-fighting skills compared to those of CIA Director Leon Panetta. All those no doubt contributed to Blair’s troubles. But one indication that the principal problems are those of the office rather than the occupant is that the job, in such a short time, has now chewed up three able public servants, each of whom excelled in their principal professions (the diplomatic service in the case of the first DNI, John Negroponte, and the military in the cases of Blair and his predecessor, Mike McConnell). More telling still is the difficulty in persuading other able people to take the job. Reportedly, the first to refuse was the future secretary of defense, Robert Gates, one of the most adept officials in Washington at protecting his own reputation; he can certainly recognize a losing hand when he sees one.

None of this should be surprising, considering the position’s provenance. For the office owes its existence less to any need for intelligence reform than to the anguish that followed the 9/11 terrorist attacks. With this, Americans yearned for something—anything—that could reassure them that an underlying problem had been identified and fixed and that no comparable disaster would ever happen again. They had no patience for details of how existing governmental machinery did or did not work, or how a proposal for changing it would or would not make things better. The mood of the moment left room for very few facts let alone any analysis. What mattered instead were raw emotion, the people’s overpowering appetite for whatever could be sold as a fix that would keep them safe and the need for national catharsis.

The 9/11 Commission became the main instrument for that release, and it performed the role masterfully. Rather than resisting the onslaught of emotion, it harnessed the people’s ire by beginning its series of televised hearings with the appearances of 9/11 family members. The commission’s leadership described its main priorities not as the accuracy of its report or the long-term effectiveness of its recommendations but instead as maintaining good relations with the victims’ relatives and squelching any partisan commission splits. Anger over 9/11 gave the commission prominence few other ad hoc inquiries have ever achieved, and it was that same anger that propelled its ill-conceived intelligence-reorganization proposal into law.

The commission’s rollout strategy, assisted by a public-relations firm, was clever indeed. It unveiled its proposal in the midst of the 2004 presidential-election campaign, in the expectation that the political parties would try to outbid one another in supporting the recommendations. What politician would not want to be identified with the idea of making Americans safe from future terrorist attacks? The plan worked brilliantly. Democratic candidate John Kerry, after barely enough time to have turned the front cover of the commission’s report, called for all of its recommendations to be adopted. His Republican opponent, then-President George W. Bush, had no choice but to follow suit.

In short, the 9/11 Commission presented its findings amid the worst possible environment for carefully examining them. It was an environment of passion and politics, not careful judgment. The almost total absence, with rare exceptions (notably the trenchant analysis of Judge Richard Posner), of any questioning of the commission’s output is, with the perspective of several years, stunning. The public and the press, not just presidential candidates, swallowed that output whole, with nary a hint of skepticism. The writer John Updike reflected the national response to the 9/11 Commission Report when he declared the document and the King James Bible to be the only masterpieces ever written by committee. This unthinking, uncritical acceptance meant that the report’s major faults went unnoticed. These included large holes and inaccuracies in the commission’s narrative, a disconnect between the narrative and the recommendations, and numerous questions about how the proposals would work in practice.

The idea of creating a director of national intelligence was the centerpiece of the commission’s faulty reorganization scheme. It held numerous attractions. The idea was, first of all, available; it had been floating around for years. Arguments for and against it were well rehearsed—and in the unquestioning post-9/11 environment, no one would inconveniently point out that since the proposal predated the attack, the idea obviously was not a response to what the investigation uncovered about the terrorist plot. Instead, establishment of a new office would be a highly visible change to which people could hitch their hopes for future safety. And it was appealing for some of the same general reasons that reorganizing bureaucracy has been a perennial Washington favorite: it was a concrete legislative measure that both the commission and Congress could point to as their response to failure. Establishment of a new office separate from existing agencies such as the CIA and the FBI also was consistent with the dominant sentiment of blaming those agencies for 9/11.

The result is that this job, which the 9/11 Commission sold as a fix to assuage national anguish about terrorism, is, to put it succinctly, a lemon.

ABOVE ALL, the position of DNI embodies the theme that greater centralization of the intelligence community is a good thing. Yet such a conclusion is in itself questionable. For all that is said about how different agencies need to communicate more and work together better, just as much is said—often by the same people—about the need to avoid groupthink and to encourage alternative analytical viewpoints. The 9/11 Commission’s plan did not reflect any careful analysis of this general question. There was an appetite for visible organizational change of some sort; the existing intelligence community was perceived as disjointed; the available idea for reform (the DNI proposal) was seen as a streamlining mechanism; and so centralization it was.

In a less emotional and more deliberative environment, the notion that rearranging lines and boxes on the intelligence community’s organization chart would help to crack the inherently tough nut of uncovering the next big terrorist plot would have been unconvincing, and appropriately so. Of course interagency cooperation is important. But counterterrorist officers do not, as their first act upon arriving for work in the morning, examine the organization chart on their cubicle walls to decide who will enjoy their assistance and who will not. Plenty of interagency cooperation takes place every day, but the organizational pathways have almost nothing to do with it. It is far more a matter of informal communication among people who share the fundamental mission of curbing terrorism and saving lives.

The best known instances of insufficient interagency communication in the 9/11 case—involving tardiness in placing names on watch lists—did not point to any need for additional procedures or machinery, let alone any that a DNI would create or enforce. Instead, they resulted from inadequately diligent use of procedures already in place, or from officers so swamped by the inevitably large amount of noise in the system that even the slightest inattention was enough to miss a signal whose significance would become clear only in hindsight.

The point was underscored by the attempted bombing of a Detroit-bound airliner in December 2009. The incident generated a reprise of all the post-9/11 recriminations about dots not being connected and different strands of information not being woven together. Except that this time, the principal targets of the recriminations were the DNI and the 9/11 Commission’s other major creation, the National Counterterrorism Center. This near miss, which became one of the most discussed terrorist incidents in the United States since 9/11, finally led to some serious questions about whether the commission’s reorganization scheme had been an improvement after all. But even then, few drew the more general lesson: that no amount of reform or rearrangement of wiring diagrams can crack the tough nuts, eliminate the signal-to-noise problems, and avoid oversights and errors that are within the normal range of human fallibility.

IN THE end, creating the DNI position has only made matters worse, as it has simply added one more level of bureaucracy: the Office of the Director of National Intelligence (ODNI). Physically, the ODNI resides comfortably in its own headquarters in suburban Virginia. Bureaucratically, it sits uneasily atop all of the other, previously existing components of the community.

First off, let us not miss the fact that prior to these reforms there already was an intelligence head: the now-divided position of Director of Central Intelligence (DCI). For anyone making a thoughtful case for consolidating power in the hands of a single overseer, the cleanest, most obvious, least disruptive way of empowering that person would have been to grant additional authority to the DCI. Of course this could never happen because it would not have satisfied political demands in the wake of 9/11. Because the DCI also had direct control of the CIA and was known generally as the “CIA director,” any such additional authority would have been seen as a reward for the CIA, when what was being demanded was to punish that agency. So a host of arguments were used to justify bifurcation of the DCI’s job. 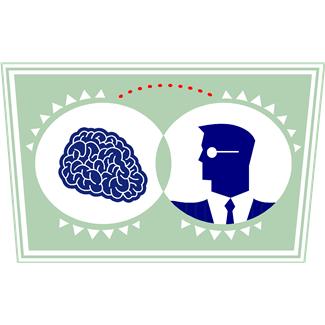