IN OUR common narrative, the modern era of global finance—what we call the Old Order—begins with the Great Depression and New Deal of the 1930s. The economic model put in place by President Franklin D. Roosevelt and others at the end of World War II is seen as a political as well as economic break point. But arbitrarily selected demarcation points in any human timeline can be misleading. The purpose of narrative, after all, is to simplify the complex and, over time, to remake the past in today’s terms. As we approach any discussion of the Old Order, we must acknowledge that the image of intelligent design in public policy is largely an illusion.

There is no question that the world after 1950 was a reflection of the wants and needs of the United States, the victor in war and thus the designer of the peacetime system of commerce and finance that followed. Just as the Roman, Mongol and British empires did centuries earlier, America made the post–World War II peace in its own image. The U.S.-centric model enjoyed enormous success due to factors such as relatively low inflation, financial transactions that respect anonymity, an open court system and a relatively enlightened foreign policy—all unique attributes of the American system.

But the framework of the global financial system in the twentieth century and its U.S.-centric design were the end results of a series of terrible wars—starting, in the case of America, with the Civil War. The roots of the U.S.-centric financial order that arose at the end of World War II extend back into the nineteenth century and reflect the political response of a very young nation to acute problems of employment and economic growth—problems that remain unresolved today.

From an American perspective, the modern era of what we describe as the global financial system based upon the U.S. dollar begins with Abraham Lincoln, the great emancipator who took office in March 1861 as the American republic stood on the verge of dissolution. In those days, “money,” as understood by Americans, comprised gold and silver coins, foreign currency and notes issued by state-chartered banks that were convertible into metal, in that order of qualitative ranking.

The state-chartered banks of that era relied upon gold coin or specie as a store of value and means of exchange with other banks. Going back to Andrew Jackson’s epic campaign to extinguish the Second Bank of the United States in the 1830s, state-chartered banks large and small were suspicious of Washington and would not finance Lincoln’s war. Bankers in New York, Boston and London, for example, would have been happy to see the North and South separate without a war and the continuation of slavery so as not to disturb the cotton trade.

Lincoln tasked Secretary of the Treasury Salmon P. Chase to sell Treasury bonds and had Congress create national banks to buy the debt. The Treasury Department suspended convertibility and issued large quantities of “greenbacks” in the form of paper dollars to pay for the immediate cost of fighting the war. By the end of the Civil War, the greenback traded down to a fifth of face value when measured in gold. Yet Lincoln won the war, even in death, because the Union outspent the Confederacy using the credit afforded by paper money created by government fiat. And the Civil War set the precedent for Washington to engage in massive currency inflation in times of exigency and also to develop by fiat new platforms for creating financial leverage to meet national needs. As Wall Street speculator Ray Dalio wrote a century and a half later, “Virtually all of what they call money is credit (i.e., promises to deliver money) rather than money itself.” Lincoln used that fact to win the Civil War.

Even without a central bank, from the end of the Civil War to the start of World War I in 1914, the United States saw powerful economic growth. So strong was demand for a means of exchange that the much-abused greenback dollar traded back to par value against gold by the time President Ulysses S. Grant officially restored convertibility at the end of his term. The public remained highly skeptical of paper money or other promissory notes, with good reason. As Mark Twain immortalized in Pudd’nhead Wilson, Roxy lost the savings accumulated from eight years of labor as a riverboat servant when her bank failed. Roxy concluded that “hard work and economy” were insufficient to make her secure and independent.

By the turn of the twentieth century, many Americans had adopted a view similar to Roxy’s, which differed significantly from the rugged, self-reliant individualism of American pioneer mythology. Decades of financial crises tempered the independent, hard-money views of Americans. Growing urban populations worried about jobs and opportunity, while farmers, businesses and even conservative state-chartered banks fretted about access to credit. The solution that emerged was not the free market but increasingly the collective credit of the federal government in Washington.

By 1913, when the banking industry and progressive forces in Congress created the Federal Reserve System, America had been through several more financial and economic crashes, leaving bankers even more disposed to a government-sponsored entity (GSE) rescuing them from the harsh discipline of “market forces,” to recall the words of South Carolina’s Democratic senator Ernest Hollings. The private clearinghouse system developed in major U.S. cities during the nineteenth century was inadequate to provide liquidity in times of market upheaval. Thus twelve Federal Reserve banks were created to support the liquidity needs of banks and, in a big-picture sense, provide another layer of financial leverage on top of national banks to support the funding needs of the U.S. economy.

Yet, even after the Fed’s establishment, the U.S. economy continued to labor under the weight of deflation and slack demand. In that sense, the First World War was the first true watershed for America’s economic narrative; it forced Americans to look outward for growth and financial interaction with foreign states as a single nation. Public sentiment was split between sympathy for the British, French and Belgian forces, on the one hand, and for the Central powers led by Germany on the other. But all Americans welcomed the vast demand for goods and services as a relief from years of price deflation on the farm and slack job growth in urban markets driven by the adoption of new technology and imports from Europe. Allan Nevins and Henry Steele Commager wrote, “Economic considerations re-enforced sentimental and political ones.”

The gradual American economic mobilization to support the Allies in World War I not only marked a growing willingness of Americans to engage in foreign intervention overseas but also saw a vast transfer of wealth from Europe to the former colonies as a large portion of the Continent’s gold was sent to America to pay for the war. U.S. banks and eventually the Fed also provided financing for Allied purchases, which grew to a great torrent of raw materials and finished goods. So vast were the financial flows in the early days of World War I that J.P. Morgan could not manage the dollar-sterling transactions. At first, commercial paper issued by British banks could not be discounted with the Fed. The Federal Reserve Bank of New York stepped in, however, and effectively subsidized the British pound exchange rate when the Bank of England exhausted its gold reserves.

Victory bonds were sold widely to Americans to finance the war and manage domestic demand, thereby also socializing the idea of investing by individuals. A number of new GSEs were created to fund and manage the American war effort via the issuance of debt. Compared to the neoliberal orthodoxy of today, there was little fretting over market forces during World War I. Jobs and inflation were the top issues. Wage and price controls and other authoritarian mechanisms were employed by Washington without apology to limit cost increases because wages were constrained. The American farm sector recovered from years in the doldrums as global demand for cotton, grains and meat soared, pushing up domestic prices as well. By 1917, when the United States entered the war militarily on the Allied side, the American economy was running better than it had in many decades. The following year, however, when the debt available to the Allies dried up and exports to Europe slowed, the U.S. economy quickly faded as well. By 1919, the United States was entering a serious economic slump.

After World War I, America descended into a period of isolation and uneven economic circumstances presided over by the dominant Republican Party, which rejected U.S. involvement in world affairs and promptly raised tariffs to protect Americans from cheap imports. When Congress enacted Smoot-Hawley eight years later, the increase in tariffs was marginal compared with earlier increases in import taxes. But no amount of tariff protection could shield U.S. workers and industries from the impact of technological changes such as electricity and the growing use of machines.

The return to “normalcy” promised by President Warren Harding meant an environment where large corporations and banks prowled the economic landscape unhindered, and the federal government largely withdrew from the economy, compared with the policies of Teddy Roosevelt and Woodrow Wilson. The Fed played a relatively marginal role in the post–World War I period and did little to alleviate the economic stagnation that affected much of America’s rural areas. Urban workers had employment, but wages remained stagnant even as the concentration of wealth in the United States increased dramatically. 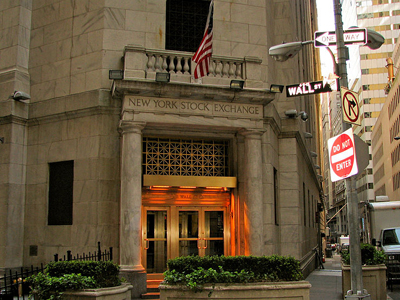 Pullquote: The reason that the dollar is the currency of choice in the free world is because of the American political system, not just economic or foreign-policy considerations.Essay Types: Essay