Though William Jefferson Clinton had no foreign-policy experience, and though White House powers over national security seemed to wane with the demise of the Great Russian Bear, the former Arkansas governor did his foreign-policy thing—when he was interested in it. For him, domestic issues came first. Still, as Bosnia’s bloody civil war escalated, he sent in troops and aircraft, despite bipartisan complaints and Republican control of the House. After he promised to extract the troops in a year, he kept them there.

George W. Bush, also bereft of foreign-policy credentials and confronted by Democratic majorities in Congress, possessed something perhaps more empowering than the Soviet enemy—the terrorism threat set in motion by 9/11. Everyone applauded his attack on Afghanistan, al-Qaeda’s safe haven, and many bought into his fearmongering about Saddam Hussein. As opposition to the Iraq War grew steadily in the public and in Congress, he nonetheless persisted in escalating the number of U.S. forces. As Stephen Hadley told me, “In theory, it would have been easy for Congress to block the surge with a combination of deadline setting, revising readiness requirements and defunding the war effort.” None of that happened. Further, Bush doubled the intelligence and baseline defense budgets almost without a legislative peep.

Barack Obama, besieged by a declining economy and two major land wars, has largely shaped his own path abroad. He has bobbed and weaved as he sees fit with Iran and North Korea and intervened in Libya against public opinion. Only regarding the long war in Afghanistan did he first bend to criticism from the right by increasing force levels from twenty-one thousand to one hundred thousand, and then to the left by announcing cuts to seventy thousand in 2012.

This recital of presidential power is not meant to suggest that their policies ranged free of serious domestic attack or proved generally effective abroad. What the record shows is this: with or without bipartisan backing, the White House usually preserves its desired policy core. To do their business overseas, they did not need bipartisanship.

TELLINGLY, SINCE WWII, only three presidents—Nixon, Carter and Reagan—suffered outright defeats by Congress on major issues. More telling still, they were defeated by bipartisan majorities. Yet even in defeat on particular issues, the presidents all found ways to follow their desired paths. Bipartisanship, one way or the other, was not decisive in the end.

When Nixon took office, Congress had not rejected any president’s main foreign-policy initiative since FDR’s initial failure to revise the Neutrality Acts in 1939. With the Watergate scandal aborning and the Vietnam War doubling in costs and casualties over the Johnson years, significant majorities in Congress handcuffed Nixon two ways on Vietnam: by banning air operations over Indochina and by prohibiting arms shipments to South Vietnam. On top of this, Congress passed the War Powers Act over Nixon’s veto in 1973. The Senate override vote was bipartisan, and the House vote was disproportionately Democratic.

Before Jimmy Carter even completed his oath of office, the foreign-policy community went for his jugular. They judged him to be naive and incompetent. High gas prices and the failed attempt to rescue U.S. hostages in Iran only made matters worse. Carter suffered a flat-out defeat with the Senate’s failure to even vote on, let alone approve, his SALT II treaty with the USSR.

Congressional majorities as well as many foreign-policy experts cringed at Reagan’s provocative rhetoric regarding Moscow. Accordingly, congressional majorities tied his hands on nuclear-weapons systems and on the arms-control negotiating process. In 1985, the Senate voted seventy-eight to twenty and the House passed legislation to undercut Reagan’s plans to deploy one hundred new MX missiles, presumably a big bargaining chip in arms talks with Moscow. Congress also feared war in Central America. A Democratic-controlled Congress passed the Boland amendments, sharply curtailing aid to fight left-wing insurgencies and governments in Nicaragua. The first Boland vote in 1982 passed the House 411–0 and was later approved by the Senate.

To beat presidents in up-or-down votes requires a perfect storm of botched policy making and bad politics. In most instances, White House opponents cannot prevail without a full barrage: the weakening of the president’s overall popularity; the apparent failure (and the presumed dangers) of his policies in human and financial cost; and, perhaps most critically, the resistance from overwhelming numbers of the party in control of Congress—plus a healthy chunk of the other side. Two-party backing is not necessary for the president to make and conduct foreign policy; it is often essential to defeat it.

Remarkably, even these outright defeats were not utterly debilitating. All Nixon’s tribulations notwithstanding, he essentially fought and concluded the Vietnam War as he secretly expected. Although besieged by Congress, he was able to reverse Cold War history, pursuing a détente policy with the USSR that greatly displeased his own party. Equally impressive, he reopened ties with China, the devil of devils in American politics.

Weakened as Carter was, he still carried out a controversial human-rights policy, openly criticizing the shah of Iran and jeopardizing Soviet arms talks; cut U.S. arms sales to Taiwan, Guatemala and Argentina; won passage of the Panama Canal Treaty (approved by two-thirds of the Senate despite public disapproval); and sold fighter planes to Saudi Arabia and Egypt in 1978 (despite the resistance of the Israeli lobby). After being battered in Congress, Reagan still had the strength to reverse course and pursue the most wide-ranging arms-control agreements with Gorbachev, against the will of leaders in his own administration and his own party.

THIS HISTORY should quiet passions for bipartisanship or, at least, pressures to pay a high price for it. But it doesn’t. Presidents, their advisers and foreign-policy experts all get uneasy about disunity at home. It’s not easy to shake the belief that enemies successfully use America’s internal splits to their advantage. Those at war with a divided America outwait us; those negotiating with Washington play one side of the aisle against the other. As Sandy Berger put it to me, “A lack of bipartisanship gives foreign governments an opportunity to drive a wedge between our political parties.”

Yet the advantages gained by foreigners are mostly at the margins. Whether it be China, Pakistan or Iran, all have failed to significantly alter the presidentially desired course because of internal disunity. China gains advantages in certain negotiations less because of domestic splits and more because of its newfound power. Even the Soviets’ gaming of American politics rarely allowed them to get the better of us during arms talks. In the Afghan war, the Taliban gain leverage not because of a Republican-Democratic divide, but because the American people increasingly conclude that the war is too costly, too long and no longer vital to U.S. interests.

The real and consequential problems arise when leaders believe they must have bipartisan help and tailor their positions to facades of unity. So it is that the Obama administration, not untypically, is pursuing policies with respect to North Korea, Iran, the Arab Spring, Palestinian-Israeli negotiations and the Afghan war, to name a few examples, where it has little faith its efforts will succeed. To go for a more decisive course would risk heated domestic opposition.

As with other administrations, it’s nearly impossible to document the importance of politics in making such decisions because the myth reigns that security must reside well above politics—untouchable. Not surprisingly, leaders rarely leave a written record of how they integrate policy with politics, however legitimate and necessary that integration may be. It’s not discussed at White House meetings, even though there isn’t a White House session where it’s out of mind. Consequently, these key political calculations are made without discussion, for good and ill. Without this data, it is no surprise that the acclaim for bipartisanship has not been carefully examined.

Even Acheson, cynic that he was, didn’t want to abandon bipartisanship, arguing it “is ideal for the Executive because you cannot run this damn country under the Constitution any other way.” By this, he apparently meant that without it, the congressional rabble would get totally out of hand. Thus, even the cynic, in his own way, contributed to suffocating a hard look at the subject.

Presidents have to closely examine what they gain and lose by making political compromises on policy for political backing. Obama quiets complaints at home by denying Iran the right to have a uranium-enrichment facility under international inspection. But that condition makes negotiations with Tehran impossible. Obama avoids criticism from human-rights camps by joining the effort to overthrow Colonel Muammar Qaddafi of Libya. But does he do so at the expense of a very uncertain and possibly dangerous future? He appeases conservatives by minimizing defense cuts. But what price is paid for the U.S. economy, the bedrock of power? Brent Scowcroft put it best: “Our policies are too often constructed to deal with domestic politics rather than the realities of world politics.”

Congress can also lose from excessive pursuit of bipartisanship. Sure, legislators gain leverage in the process, but it can weaken political resolve to challenge presidents openly and hard. This is especially the case in early stages of key policy debates when presidential thinking is most in need of hard scrutiny. Legislators know full well that presidents use “unity” to stifle or quiet tough questions. Indeed, both sides tend to use bipartisanship as a political hammer. By bowing to this Holy Grail, Congress shortchanges itself, the American people and the president as well. 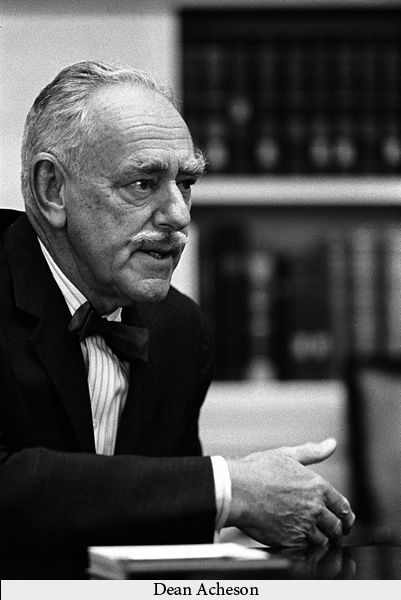