THIS COLUMN was instituted as a regular feature of The National Interest some seven years ago, but more recently it has appeared only from time to time. As the new editor of the magazine, my first decision was to reinstate it as a predictable element of every issue. So in the future you can expect to find it right here, at the front of the magazine, whenever you pick it up.

The reason is that we believe a magazine should stand for something, should represent a foundation of beliefs, whether it’s a particular mode of cooking, a particular set of business imperatives or a particular political philosophy. Our own foundation of beliefs is what we call realism in U.S. international relations. That means we believe American foreign policy should be based upon real-world considerations—forces and pressures and passions that emanate from powerful factors of culture and geography—and not grandiose notions of national greatness or gauzy dreams of moral certitude conflating into historical inevitability.

Realists have nothing against either national greatness or humanitarian impulses. Indeed, as Henry Kissinger wrote recently, “Stable orders require elements of both power and morality.” But realists believe a foreign policy based too heavily on imperial design or moral zeal invariably encounters actual-world realities that prove problematic at best, ruinous at worst. Hence, any sound foreign policy must carefully weigh and deal with those realities.

There’s a corollary belief. Since missionary zeal in foreign policy involves such a high risk of failure and unanticipated consequence, realists oppose the expenditure of American blood on most projects of this nature. Americans shouldn’t die young on behalf of other nations’ interests or some flight of global ambition. If they must die young, as at times they are called upon to do, then it should be confined to matters of clear national interests and avoided for humanitarian purposes (except, perhaps, in rare instances involving true genocide that can be thwarted cleanly by intervention). American blood is too precious to be spilled for any other cause.

What, then, are the challenges that merit the expenditure of American blood? In my 2005 book Sands of Empire, I identified three broad categories of justification—to protect America’s homeland and immediate offshore interests; to protect Western civilization, as America is the central state of the West; and to maintain, to the greatest extent feasible, stability in key strategic areas of the world. But the focus should be on creative and dexterous diplomacy in all of these challenges—in particular, maintaining a balance of power wherever possible—before the nation resorts to military action.

Is this akin to isolationism? Nothing stings the consciousness of realists more than to have their outlook equated with isolationist sentiments, whether of the conservative variety of the 1920s and 1930s or the liberal version of the Vietnam War era. America is a great power with substantial global interests and a capacity—hence a responsibility—to help maintain stability around the world. Isolationism is not an option for America.

In Sands of Empire, I sought to outline the elements of what I called “conservative interventionism,” which I put forth as the most flexible and least ideological of the foreign-policy doctrines. I wrote:

At its best, it focuses on limited goals of stability fostered through strength and balance-of-power global politics. It accepts the world as it is and not as any collection of idealists might want it to be. It embraces the idea of Western civilization and assumes America is not only part of it but remains its primary protector. It extols American-style democracy and fosters it wherever it can take root but doesn’t consider its importation to be any kind of policy imperative.

I like to think that’s a pretty good summation of what we stand for. It will be seen most consistently and forcefully in this column, but it will also appear in the rest of the magazine and on our website. Still, we don’t want every article and argument to ring precisely the same bell, issue after issue in the magazine or day after day on the web. That’s not our idea of a worthy polemical symphony. We believe in lively dialogue and discourse, with cymbal crashes and the woodwinds answering the horns. Besides, we don’t believe we possess any kind of monopoly on truth, and hence we invite challenge in the marketplace of ideas. Indeed, we will be grateful for it, as that will ensure we are doing our part to stir lively and meaningful debate even as we project our own realist outlook in that ongoing discussion.

There is an imperative in our mission, we believe, that goes beyond the mere articulation of a point of view. I wouldn’t be very realistic if I were to suggest that foreign-policy realism holds sway over U.S. policy making or even the country’s foreign-policy discourse. In fact, our point of view is in eclipse, overshadowed in the Republican Party by the neoconservative outlook and in the Democratic Party by a kind of neo-Wilsonism. One of the remarkable things about Barack Obama’s emergence as president was how little it changed the country’s fundamental foreign policy. Indeed, as Nikolas K. Gvosdev and Ray Takeyh suggest in this issue’s provocative cover article, we might actually be moving into a distinct postrealist era in U.S. foreign policy.

But polls and other evidence suggest the American people are increasingly uncomfortable with Washington’s adventurism in places such as the Middle East and the Indian subcontinent. At the dawn of American actions in support of NATO’s Libyan mission, for example, fully 74 percent of respondents in one poll opposed American involvement. Another survey indicated 65 percent felt the United States had no responsibility to be involved there. By June 2011, those opposing Washington’s actions—mostly initial air support, with no boots on the ground—reached 46 percent, with only 39 percent in favor. That September, another reading had 55 percent of respondents opposing military involvement in Libya while only 30 percent favored it.

This disparity between policy and American popular sentiment suggests there’s a missing element in the country’s foreign-policy discourse—a crisp, readily understood and ongoing articulation of the realist philosophy. In today’s contest for the Republican presidential nomination, there doesn’t seem to be a single self-conscious realist, with the possible exception of Jon Huntsman. Otherwise, the candidates seem mostly locked in neoconservative thinking, while Ron Paul strikes what seems like an isolationist pose.

There isn’t much that can be done about this for the current electoral cycle. The disparity will play out in the campaign in its own way. But this magazine sees its mission in part as probing, honing and articulating the realist philosophy so that candidates down the road, of either party, can turn to us for the arguments and language needed to gain resonance with the American people on foreign policy and craft an internationalist blueprint based on measured, sound and realistic precepts of American interventionism. We think this has value in equal measure for those who share our philosophy and those who don’t but wish to know how the community of realists regards events of the world as they unfold.

That’s why I am reintroducing The Realist column as a regular feature of the magazine, and ultimately that’s why we exist—to give voice to hallowed precepts of foreign policy that have guided the nation in the past, most notably during the Cold War, and which should serve as a powerful beacon of guidance into the future, however turbulent that future may be. 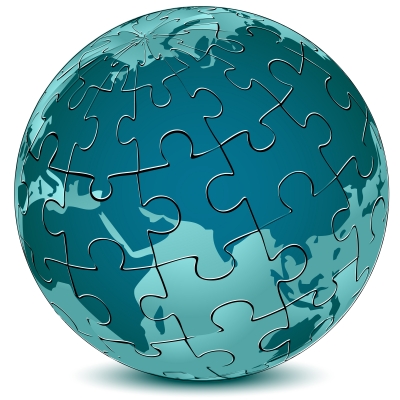 Pullquote: Realists believe a foreign policy based too heavily on imperial design or moral zeal invariably encounters actual-world realities that prove problematic at best, ruinous at worst.Essay Types: The Realist