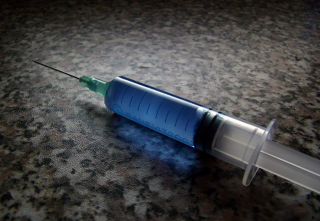 In a recent move, the Indonesian government decided to continue executions of foreign drug smugglers, despite protests from Australia, Brazil, Nigeria and the Netherlands over the deaths of their citizens. The Indonesia decision reveals the vast disparity in attitudes around the world on handling the ongoing problems of drug trafficking and drug use and the wide disparity in national counternarcotics policy. While countries such as Uruguay, Colombia and Mexico have pushed for global drug-policy reform in advance of the 2016 Special Session of the United Nations General Assembly on the World Drug Problem (UNGASS 2016), such calls fall on deaf ears in China, much of Asia and Russia. The latter remain committed to strong suppression measures and the counternarcotics regime’s current punitive approach. Meanwhile, state-level reforms and new thinking on drug policy are making the United States lose interest in playing the role of the world’s toughest drug cop.

The disparity in drug use– and drug trafficking–related violence may lie in the disparity of attitudes toward these issues across the globe. In Latin America, high criminal violence is directly connected to drug trade, and it is the only region in the world where rates of intentional homicide are rising. In Asia, the volumes of drugs produced and trafficked are on par with Latin America, but the consumption of drugs is likely higher. Yet drug trafficking and organized crime in Asia are as nonviolent as in Western Europe, and homicide rates are relatively low and falling.

Some consistent implications for global policy emerged from this research. One finding shows that law enforcement strategies should focus on the most violent criminals and militants first rather than drug users. Law enforcement also needs to consider how their choice of targets affects criminal violence. In particular, targeting top criminal leadership can inadvertently increase violence by provoking turf wars among subordinates. Instead, going after the middle management of criminal organizations has a bigger impact on reducing drug violence and weakening organized crime. By contrast, the mass incarceration of users and low-level nonviolent pushers does little to suppress drugs. Instead, it turns prisons into recruiting grounds for organized crime and terrorism.

Another finding in our research shows that most efforts to forcibly eradicate illicit drug-related crops such as poppy and coca actually contribute to political unrest and militancy. Eradication measures work best when they are conducted in areas with strong state presence and only after alternative livelihoods are available to rural populations. In fact, socioeconomic approaches for reducing drug-related crime and developing alternative livelihoods should be fully integrated into overall national development efforts and address the structural drivers of illicit economies.

Other findings further confirm that stigmatizing and punishing drug users undermines efforts to counter the spread of HIV/AIDS and other communicable diseases. Public-health approaches, such as needle-exchanges and safe-injection sites, produce far better outcomes than punitive measures against users. Treatment efforts should acknowledge addiction as an illness, and drug prevention should focus on early-age interventions, target anti-social behavior and emphasize youth confidence-building and resistance to peer pressure. Unfortunately, demand reduction and public-health policies remain underfunded and politically unpopular.

Because of the differences in attitudes on drug policy around the world, a substantial revision of existing counternarcotics treaties is unlikely at UNGASS 2016. But accepting flexibility in the interpretation of drug treaties so as to allow countries to pursue policy design experimentation would be an important achievement for this global meeting. UNGASS 2016 should definitely avoid setting unrealistic goals, such as once again proclaiming that all drug use and drug trade should cease, or that all organized crime should be eliminated. Injecting realism into the global discussion of drug-policy objectives is crucial for designing and implementing more effective policies. The overall goal should be to strengthen states as they cope with the costs, harms and threats posed by drug use and drug trade, and to do so in ways that increase, not erode, their legitimacy through policies that advance human rights and strengthen the bonds between the state and their citizens.