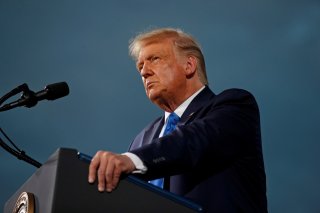 In the summer issue of Regulation, Steve Horwitz and E. Frank Stephenson published an article summarizing research on the long history of political considerations in the allocation of disaster relief. Several papers document New Deal era aid being steered to swing states; a similar pattern has been found more recently for presidential disaster declarations.

The GAO report examined $14.5 billion of payments made in 2019 to offset China’s backlash against American farm products following President Trump’s imposition of tariffs on Chinese‐​produced goods.

GAO found that Georgia farmers received $42,545, more than double the national average of $16,507, and suggested that part of the disparity arose from more generous payment rates for crops grown in the South relative to other parts of the country.

It’s worth noting that Republicans disputed the findings and focusing aid on Southern states instead of contested states such as Iowa, Minnesota, and Ohio might not be the smartest strategy for the GOP.

The Washington Post reports on the sudden reversal of President Trump about disaster aid for Puerto Rico, which has been struggling to recover from 2017’s Hurricane Maria.

President Trump, who had been parsimonious with federal aid for Puerto Rico, announced that FEMA would provide more than $11 billion of aid to rebuild schools and the electrical grid on the island.

Puerto Rico has no electoral votes, but Florida is a swing state with a sizable Puerto Rican population and media reports suggest that Trump’s aid package is an attempt to curry favor with these voters.

We cannot be sure if the agricultural aid or disaster relief are motivated by politics. But if the news reports are accurate, the public should not be surprised because politicized disaster relief is politics as usual.