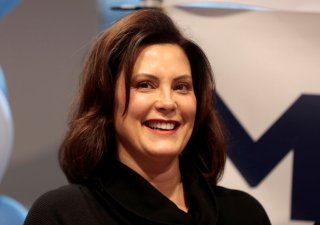 Michigan Gov. Gretchen Whitmer — a candidate on presumptive Democratic nominee Joe Biden’s running mate shortlist — met with Biden in Delaware last week as he approaches a decision for whom he will select to help defeat President Donald Trump.

It’s unclear what was discussed at the meeting, which is the first publicly known in-person gathering that Biden’s had with a potential running mate. With that said, what could she offer Biden as a VP pick? Would she help or hurt his chances to become president?

A Governor Who Takes Action:

Days after the meeting, she marked racism a public health crisis and established a board of black leaders to advise and lead state employee training to reduce systemic racism — especially within law enforcement — and boost racial equality.

The first-term governor also formed a task force focused on police reform and tackling racism among officers and agents during the killing of George Floyd.

And a Willingness to Take on Trump:

Whitmer has made an imprint in the national spotlight as she condemned the Trump administration for failing to supply needed personal protective equipment (PPE) and medical gear in states. She’s also called on Trump to issue a federal mask mandate, as Michigan was an early hotspot for the coronavirus, but the state has grown more stable in recent weeks as Whitmer implemented a statewide mask mandate. Whitmer’s remarks towards the president have drawn criticism, as Trump pushed Vice President Mike Pence not to contact “the woman in Michigan,” referring to the potential vice presidential pick.

Whiter’s approval rating on handling the coronavirus is higher than Trump’s, as she recently received 64 percent of approval in a poll conducted by The Washington Post, whereas the president has only rallied 39 percent, according to RealClearPolitics polling average.

Despite her high approval rating Whitmer — who flipped the governor’s seat to blue in 2018 — has undergone scrutiny for hurting small businesses in Michigan with her aggressive coronavirus restrictions. At the start of the virus outbreak, Whitmer refused to allow certain businesses to reopen including landscape companies, painters and takeout eateries. Since these types of businesses don’t involve much person-to-person contact, many would argue that they could have reopened safely.

Instead, Whitmer persisted, forcing many businesses within the state to drown in debt, with some shuttering its doors.

Can She Help Biden?:

If selected as Biden’s running mate, she’ll likely get be attacked regarding her handling of the coronavirus, especially from Trump. Whitmer — known to be a moderate Democrat and is also a co-chair on Biden’s campaign — could discourage progressive voters to support the presumptive Democratic nominee. Although she's leading a battleground state, most Michigan Democrats have their minds made to kick Trump out of office in November.

Biden’s also gotten a push from his own party and supporters to select a woman of color as his running mate.

The former vice president is expected to announce his running mate by the end of the week, a decision that's been delayed for several weeks, even though the election is less than three months away.